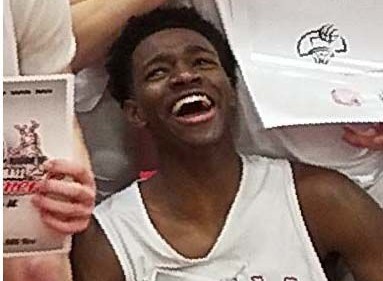 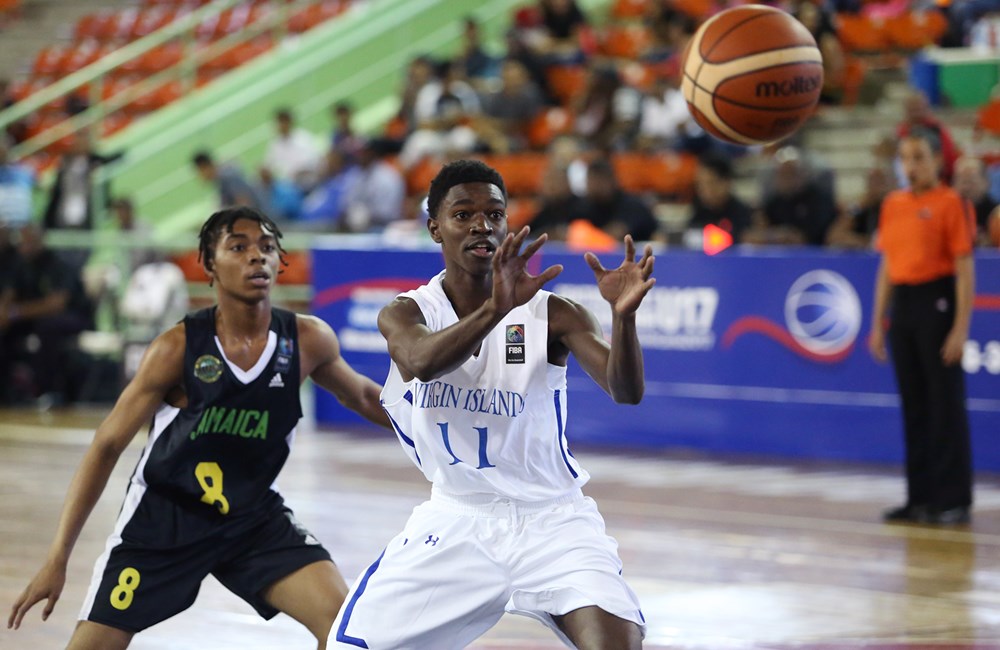 It’s an expected return for a veteran-laden Wasilla program that finished as the 2017 runner-up in Alaska high school basketball.

But for one member of the Warriors, the state tournament marks a chapter in an unexpected journey.

Six months ago, Jordan Knight, a senior for the Warriors, sat in a small boat in the Virgin Islands with a group of people fleeing the hurricane-ravaged territory.

Before Hurricane Irma ripped through his home country Sept. 6, 2017, Knight had no idea his senior year of high school would include a chance to play in an Alaska high school state basketball tournament. But thanks to an invitation from his sister and brother-in-law to join their family, Knight was able to make his way to Alaska to finish his senior year.

As Knight’s older sister Kasima Hodge and her husband Tyrone followed the news coverage of the category 5 storm that tore through the Virgin Islands, they waited anxiously to somehow get in contact with their loved ones. Kasima and Tyrone, each from St. Thomas, still have many family members living there.

“It was hard not being able to get a hold of people,” Kasima Hodge said.

Knight lived in Charlotte Amalie. After Irma’s initial hit, Knight said it was about three of four days until they could make contact with family on other parts of the island.

“My house was a very secure house,” Knight said before a team practice earlier this week. “My house held up pretty good.”

But that’s not what Knight was focused on.

“It wasn’t really about us, it was about our other loved ones in other places,” Knight said. “We couldn’t get in contact with both of my grandmothers.”

As Irma stormed through the Virgin Islands, Knight said they were able to field calls from relatives outside of the territory.

“People were calling us from the states trying to get in contact with my grandmothers,” Knight said. “They scariest part for me was not knowing if my grandmothers were alright.”

Hodge said the priority was making sure everyone else was OK.

“That’s kind of how we are as a culture,” Hodge said.

Even thousands of miles away in Wasilla, Hodge said her family tried to do whatever they could to help out their loved ones in need.

“My husband worked really, really hard to get his sister a generator,” Hodge said. “They were without power for about 100 days.”

Hodge said her grandmothers and mother-in-law live in a particular part of the island that was hit drastically.

“We didn’t expect that side of the island to be hit the way it was,” Hodge said.

Hodge said her father got to the point where he took a chainsaw and started making his way down a hill into a valley in the area her grandmother lived.

“He was cutting down trees, moving power lines, helping people along the way,” Hodge said.

Hodge said her father wanted to make sure both grandmothers were OK. He father also checked on her husband’s mother in the area. Hodge said both of her grandmothers are now living with her parents.

“It just became, we need to make sure they’re OK,” Hodge said.

Irma issued a massive blow to the Virgin Islands, but another mighty storm, Hurricane Maria, followed. Hodge said she knew she had to find a way to bring her younger brother to Alaska.

“After we got in contact after the first hurricane, we knew a second was coming,” Hodge said. “I had asked my husband, how do you feel about Jordan coming to live with us? He said, we’ll make it work. He’s got to finish school.”

FROM THE VIRGIN ISLANDS TO THE LAST FRONTIER

After making the decision to send Knight north, the families in Wasilla and Charlotte Amalie scrambled to get him to Alaska.

“It was a journey to get here,” Knight said.

No flights were leaving. Hodge said a friend of a business associate had a small charter boat, shuttling people between the Virgin Islands and Puerto Rico.

“They were running people back and forth to get them off the island, the ones who really needed to go,” Hodge said.

Knight stayed at a colleague of his mother’s for about three days in Puerto Rico before he was able to board a flight. Hodge said Knight flew out off Puerto Rico on a Friday morning and was in Anchorage that night.

Hodge said the moment they finally saw her brother for the first time since the hurricane was good for everyone.

“My husband and I were both relieved,” Hodge said.

After not having so many of their family members accessible to even talk to, Hodge said it was relieving to actually see her brother, and get a first-hand account of how everyone was actually doing.

“Jordan, physically getting off that plane was a big sigh of relief,” Hodge said. “Hearing from him, what they really need. It was definitely a relief to see him get off that plane.”

The return to Wasilla

This is not Knight’s first experience living with his sister and her family. The Hodge family has lived in Wasilla for nearly 12 years. Knight spent a year with them as an eighth grader and attended Teeland Middle School. Knight already knew Wasilla head coach Ryan Engebretsen and was in middle school with a few of his current teammates.

Knight said that certainly helped his transition from high school in Charlotte Amalie to his final year in Wasilla.

When Knight arrived in Wasilla he enrolled in Mat-Su Career and Technical High School. Before the start of the 2017-18 season, Engebretsen said Knight was with his nephew at a middle school practice at Teeland.

“He said he was going to Tech and he’s eligible to play,” Engebretsen said.

Engebretsen said Knight’s time as an eighth-grader at Teeland helped the transition when Knight returned to Wasilla. Knight already knew fellow seniors such as Reilly Devine and Aeron Milliron.

“It was a natural progression,” Engebretsen said.

Knight said he honestly didn’t know what to think when he came back.

“I didn’t know what to expect,” Knight said.

It didn’t take long for the 6-foot-1 guard to find his role with the Warriors, and a spot in the starting lineup.

“He’s another dynamic guard, a playmaker, obviously a guy who can really, really defend night in, night out,” Engebretsen said.

Overall, Knight said his time with the Wasilla basketball program has played an important role in his roller-coaster senior year.

“I don’t even know where to start. I have to thank the lord for it. It’s been a blessing,” Knight said.

Hodge said it’s been a joy to see her brother’s growth and to watch him have such success on and off the court after facing the adversity.

“It’s definitely night and day when he was in eighth grade. He’s definitely a different person,” Hodge said. “I appreciate Jordan. I’m proud of him to see the change in maturity, to see him grow into a young man. I think my husband again for taking him in, making sure all his needs are taken care of.”

“Honestly, myself and my husband, we felt as if it was one of our boys. It felt like he belonged to us,” Hodge said. “I’m really happy for him to achieve that level of success.” 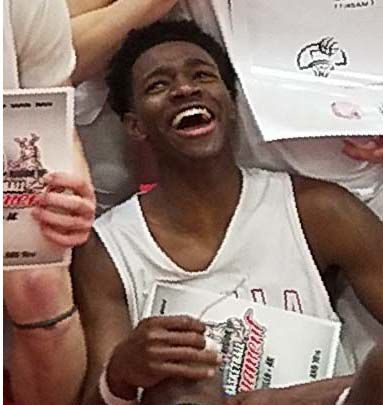