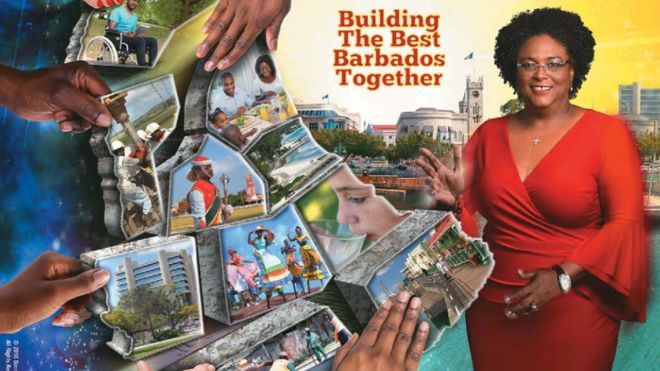 Governor Mapp congratulated the new Prime Minister on the strong mandate she received at the polls, and shared the Territory’s commitment to continue working with Barbados and its regional neighbors on issues such as sea level rise, climate change mitigation, intra-regional travel and socio-economic development.

“The government and people of the U.S. Virgin Islands wish Prime Minister Mottley and her team the very best as she leads Barbados into the future,” Mapp said.

Many Virgin Islanders, including the governor, trace their roots to other Caribbean islands and remain in close contact with their family and friends.

Three of the Governor’s grandparents (Mapp and Hewitt families) are from Barbados.

“We don’t just share the same sea – we are family,” the governor added.