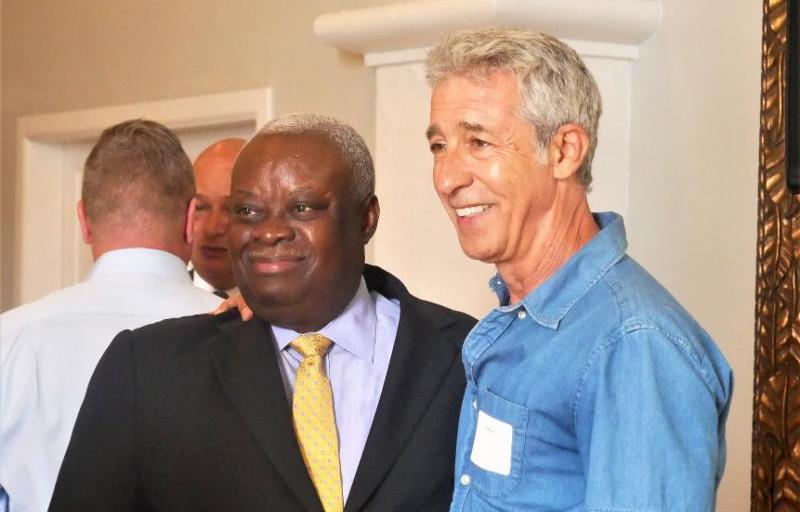 Governor Mapp thanked the members of the Task Force who presented impressive information about the territory’s long-term security, resiliency and economic recovery. The governor said that the territory’s recovery had been neither easy nor perfect, but that significant progress continues to be made.

It has been reported that the Mapp Administration has a no-bid $75 million contract with Witt O’Brien’s LLC of Houston, Texas to ensure the presumption of transparency during the hurricane recovery process.

But FEMA itself has said that the local government has refused its offers to help with paperwork that is not being completed properly.

Brad Gair, senior managing director at the disaster recovery consulting firm Witt O’Brien’s, said on Tuesday that officials in Washington are eager to meet with Governor Mapp and learn more about his vision for Virgin Islands recovery.

“Governor Mapp is an amazing crisis leader, leading us to the future,”Gair said. “I have a lot of confidence in the Virgin Islands management team.”

In the meeting, Mapp also discussed the plan for St. John’s independent power generation and the millions of dollars allocated to the V.I. Water and Power Authority (WAPA) for the reconstruction, hardening and expansion of its power systems. The U.S. government has already spent more than $600 million on restoring the Virgin Islands electrical system and has authorized the investment of another $572 million. The new power system, to include wind and solar farms, will significantly reduce the cost of power going forward, the governor said.

“The more we come off of fossil fuel, the more we move away from the uncertainty of oil prices,” the chief executive explained.

Mapp also assured the public that he is working with the Federal Emergency Management Agency (FEMA) to strategize evacuation plans in the event of a natural disaster this hurricane season. The Governor remains in near daily contact with FEMA, Congress and the White House.

Gair said the primary issue in the recovery process was filling the many positions created to facilitate the territory’s rebuild and reconstruction. The Governor has urged Virgin Islanders to visit the Personnel website to learn more about job opportunities.

Dina Simon, Chief Executive Officer for the USVI Hurricane Recovery and Resiliency Task Force, said her team is now working to fine tune its report and will publish a first draft online on July 20 to allow for community input before the document is finalized. Copies of the report will be distributed on August 27.

“We want everyone to continue to be engaged in this recovery process,” she said. “We want to hear comments from the community and make sure we haven’t missed anything.” The Task Force report includes information on the specifics of the hurricanes and their impact on the Virgin Islands, as well as provides a road map to rebuild more resilient and functional communities.