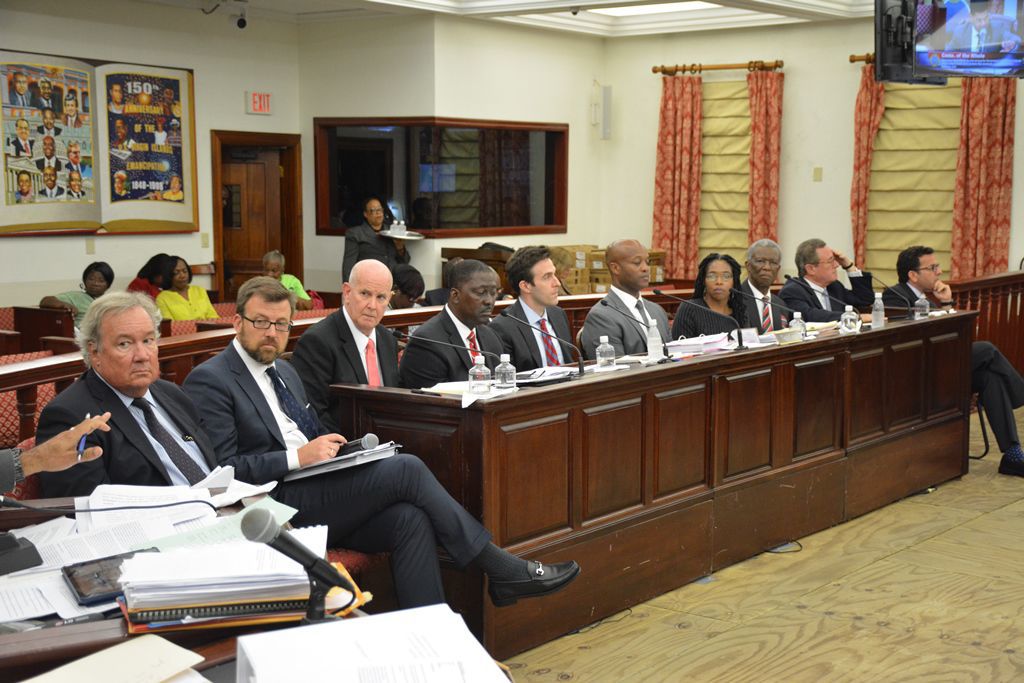 PAYDAY LOAN? Senators voted 9-5 to approve the Limetree Bay refinery deal on Wednesday. Critics say the tax concessions granted by the government were not needed for the oil storage terminal company ArcLight Capital Partners to transition the property into a refinery.

CHRISTIANSTED — Governor Kenneth Mapp thanked the members of the 32nd Legislature for the ratification of an agreement which he said “will allow oil refining to resume on St. Croix, bringing hundreds of new jobs and millions in new revenues to the U.S. Virgin Islands.”

“This is a good day for the people of the Virgin Islands as we have signified to the outside world that following two Category 5 hurricanes, we are truly open for business and private sector investment in our community,” Mapp said. “I deeply appreciate the Legislature’s efforts to thoroughly vet this agreement and would like to thank the senators that supported it. I am also, of course, extraordinarily grateful for the hard work that our team put into negotiating this landmark deal.”

Governor Mapp said that much work lies ahead as senators did not act on the proposal in its entirety and that he remains particularly concerned about provisions being removed that would directly enhance the solvency of the Government Employees Retirement System (GERS). The Governor’s original proposal called for GERS to receive half of the $615 million to be generated by the refinery over the next ten years.

“I look forward to working with the Legislature to bring some peace of mind to our retirees,” he said.

But critics of the deal said it was more like a payday loan engineered to benefit ArcLight Capital Partners — not the people of the territory.

“Since the restart was already going forward, and Limetree said it had already invested $44 million and planned on making a profit, even with full taxes, it must have been our Governor who went to them asking for the $70 million in cash, and what they would want in return,” gubernatorial candidate Warren Mosler said. “That is, they didn’t come to us for more benefits, but instead we went to them for a loan to which they agreed in return for the additional benefits, including the property, tax breaks, and delayed deconstruction. ”

“The proposed refinery operating agreement is a massive economic Christmas gift to Limetree Bay in exchange for a short term $40 million infusion to our government,” Simpson wrote. “The headlines and short term cash infusion may benefit the Governor’s re-election campaign, but the concessions to Limetree Bay are bad for the Virgin Islands in the long term.”

Mosler also wondered if local lawmakers understood the legislation that they were voting on.

“Question: Did the USVI Senate know it was voting on a loan from Limetree at a ridiculously high rate of interest, but pretended to be voting to restart the refinery?” he asked on Facebook.

Mapp said that Senators also “failed to consider the portion of the proposal that calls for the acquisition of Havensight Mall from GERS and the lease of the Port of Sale property facility by the Virgin Islands Public Finance Authority.”

“If given the approval by the Legislature, we can then redevelop these areas and give GERS 50 percent of the net revenues in perpetuity,” Governor Mapp said. “Additionally, senators did not act on a $10 million equity loan to Island Global Yachting for the construction of a new 110-room hotel at Yacht Haven Grande.”

The former HOVENSA refinery had been shuttered for nearly five years when Governor Mapp assumed office in 2015 and its closure had virtually destroyed St. Croix’s economy. The Mapp Administration made reopening the facility among its highest priorities and through the Governor’s assertive efforts, the U.S. Virgin Islands Government eventually assumed ownership of the refinery, selling a large portion of it to ArcLight Capital for oil storage.

Under the new agreement with ArcLight Capital, ratified early Thursday morning, the owners of what is now called Limetree Bay Terminals, will invest approximately $1.4 billion to refurbish the existing refinery. More than 1,300 local construction jobs are anticipated for the building phase. Once refining operations commence at the end of 2019, as many as 700 permanent jobs will be created. The new jobs will be in addition to the more than 750 jobs now at the terminal storage facility.

Mapp said that housing and meals will be provided to St. Thomas and St. John residents who are hired to work at the refinery.

Upon the closing of the transaction, ArcLight Capital will make a $70 million payment to the Government of the Virgin Islands. The payment includes $30 million for the purchase from the government of approximately 225 acres of land and 122 homes. This property was acquired as part of the government’s settlement of claims against the refinery’s former owners. The Virgin Islands Government will retain the vocational school and the more than 350 acres of land it had received in the 2016 settlement. The closing payment also includes a $40 million prepayment of taxes by a new refinery entity created by ArcLight Capital to operate the facility.

After crediting the $40 million of prepaid taxes, ArcLight Capital will make annual payments to the government in lieu of taxes at a base rate of $22.5 million a year. With market adjustments based on the refinery’s performance, this could increase to as much as $70 million per year, but will not be less than $14 million a year. The initial refining operations will provide for the processing of approximately 200,000 barrels of crude oil per day.

According to industry experts and consultants Gaffney, Cline & Associates, the U.S. Virgin Islands anticipates more than $600 million over the first 10 years of the restart of the refining operations. This income is in addition to the $11.5 million currently flowing to the government from the oil storage terminal each year. 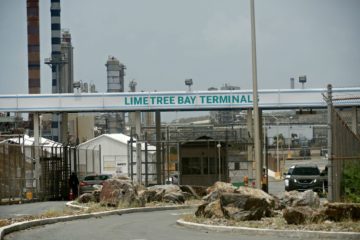 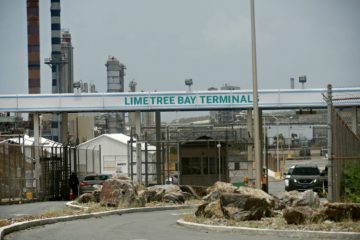 Some 1,300 Workers Have Arrived On St. Croix To Work At Limetree Bay Refining