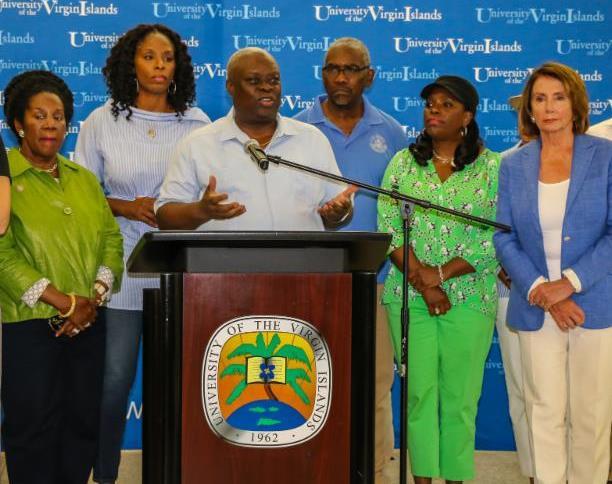 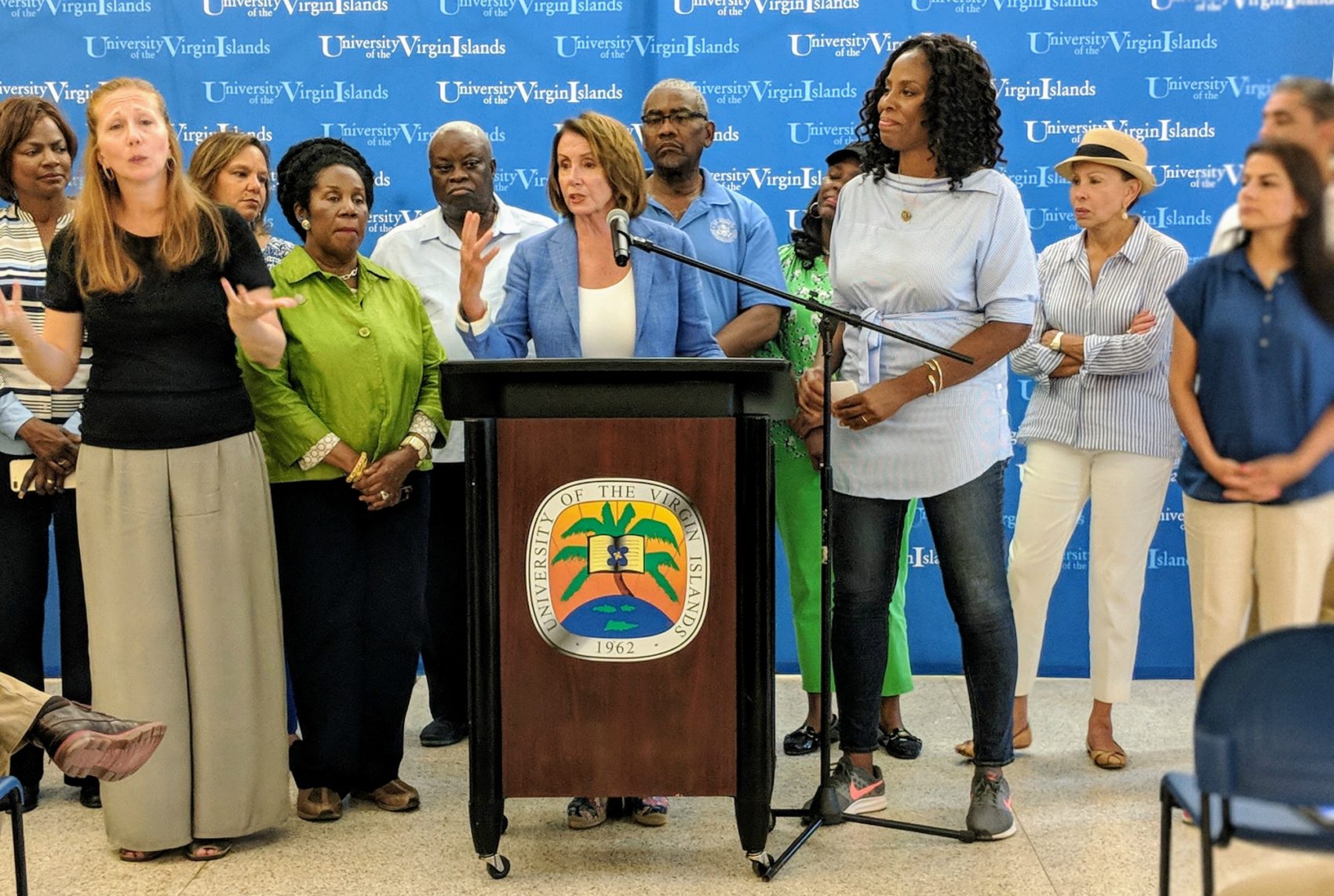 CHARLOTTE AMALIE — House Democratic Leader Nancy Pelosi pledged on Saturday to help speed up the hurricane recovery process in the U.S. Virgin Islands after a visit to St. Thomas with 15 other federal and local legislators.

Governor Kenneth Mapp welcomed a congressional delegation to the territory led by V.I. Delegate to Congress Stacey Plaskett and Pelosi.

Mapp thanked the team for their visit and continued interest in the recovery of St. Thomas, St. Croix and St. John. He said about 130 members of Congress have visited the Virgin Islands since last year’s hurricanes.

Pelosi said the purpose of the trip was to listen, learn and shine a light on the ongoing crisis. She said the delegation wanted to visit with families, local officials, as well as faith and community groups to discuss the steps remaining to put their fellow Americans firmly back on the road to recovery.

“We are committed to ensuring that every community devastated by the hurricanes receives the assistance they need, particularly as we face fresh threats from this year’s hurricane season,” said Pelosi.

Mapp thanked Pelosi, Plaskett and all of the members of the delegation for their efforts.

“It demonstrates to our citizens the interest and the concern of Congress,” the governor said.

He noted that the federal Government continues to play a tremendous role in the Virgin Islands’ recovery and that there was much more work ahead. He told the delegation that the greatest immediate challenge was ensuring that those living in damaged homes had a sound roof in the event of a storm.

“Your visit will help to take that message back to your colleagues and you can speak from first-hand experience,” said Mapp.

“Many of the members here really want to ensure that the U.S. Virgin Islands and Puerto Rico had the money they needed, not just to recover, not to rebuild, but to be better than before,” she said.

The Governor continues to emphasize the need rebuild a smarter and stronger Virgin Islands that is both more impervious to and resilient in the event of a disaster.

The Congressional delegation of about 25 arrived at the Cyril E. King Airport and was transported to St. John via helicopter. On St. John they toured the damaged Myrah Keating Smith Community Health Center, the Caneel Bay property and later completed a walking tour of Coral Bay to view the debris sites, the Fire Station and Guy Benjamin Community Center.

On St. Thomas they made a brief stop at the Schneider Regional Medical Center where they received a tour of the hospital and the Charlotte Kimmelman Cancer Institute to learn more about the extent of damages the facilities received and the necessary plans and funding for repair. The delegation also visited Tutu High Rise, Bovoni, the Estate Donoe Solar Field and WAPA’s Harley Power Plant.

During the tour, FEMA Federal Coordinating Officer for Region II, Bill Vogel, shared an update on the territory’s overall recovery effort to date. Governor Kenneth Mapp highlighted projects in the works and underway as a result of funding the territory has received from Washington.

Pelosi said the visit was very enlightening and helped the delegation have a greater understanding of how to best assist the Virgin Islands to move forward.

“Now we must make sure the Administration spends the money in a much more accelerated way,” Pelosi said. “There were many challenges before the hurricanes, but it took the hurricanes to put the spotlight on what some of those challenges were. The suffering endured by our fellow Americans on the islands in the months following the hurricanes has been a challenge to the conscience of our nation.  We must do better to prevent the loss of life, expedite the recovery, and prepare for the next storm.”

In addition to Leader Pelosi, the Members of the delegation included: 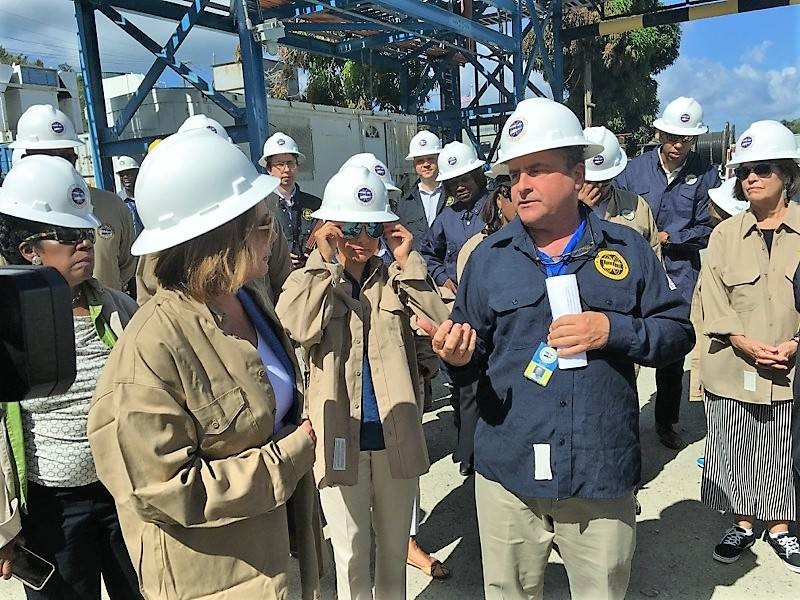