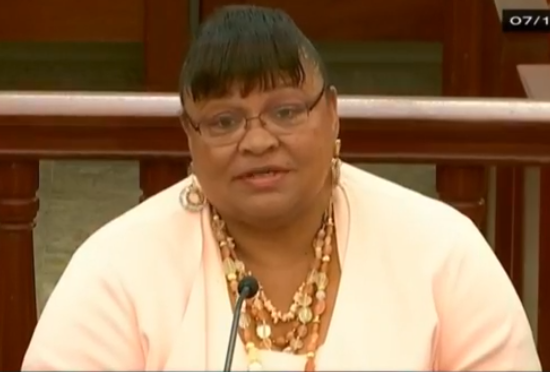 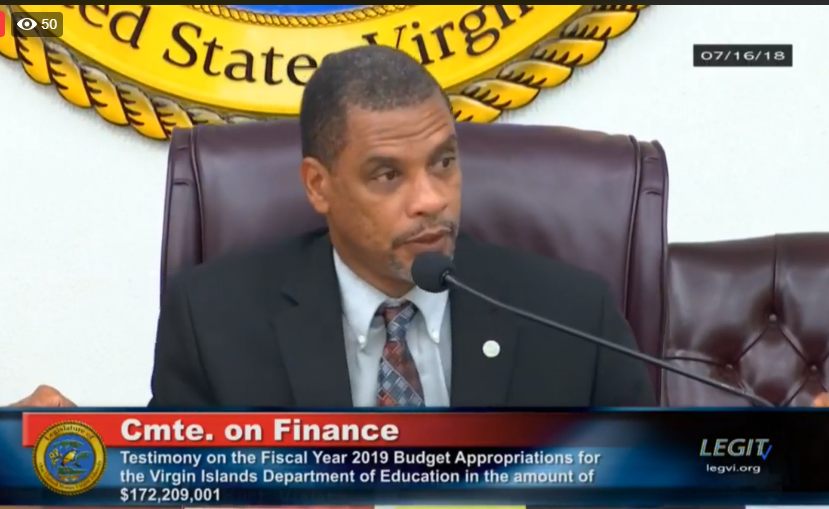 Education Commissioner Sharon McCollum and her underlings appeared before the Senate Finance Committee and provided their Fiscal Year 2019 budget.

“It is all on target,” McCollum said. “Foundations are being poured and all Sprung units are in the territory.”

But McCollum became visibly flustered when she could not answer basic questions by Sen. Jean Forde about who her executive staff is.

McCollum could not answer without asking to check with her support staff first.

“Who then do the “executive assistant to the deputy commissioner ($62,000/year) and the “special assistant” ($60,000/year) report to if no one sits in that position?” Sen. Forde wondered.

Chairman Vialet then called for a two-minute recess to allow Commissioner McCollum to learn her executive staff positions that she was previously unaware of.

“The Department of Education is currently very top heavy.” Sen. Forde said. “The eleven executive staff positions supporting the commissioner eat up more than $675,000 in salaries, while our school cooks, custodians and manual laborers make less than the private sector’s minimum wage. Furthermore, I find it troubling that there is not a clear understanding of the organizational structure of the Department of Education. Why does the commissioner not know who is part of her executive support staff? They should have clearly defined roles and be reporting directly to the commissioner herself.”

Sen. Forde also mentioned the upcoming Education, Youth and Recreation committee hearing in which he will invite the Department of Education to provide more detailed updates on the status of the territory’s modular units, employment vacancies and the outcome of contracted educational initiatives.

“I take my chairmanship very seriously,” he said. “While the Department of Education has much to overcome, we cannot risk the future of our students and teachers. Their success is directly tied to the overall success of the Virgin Islands. At times, we must ask the tough questions to ensure that we are doing the very best we can. This is a budget hearing, and every agency that comes before the Legislature should be able to explain and defend their proposed budgets. With a budget of this magnitude, we need to see it reflected in the schools for maintenance, supplies, books, teacher salaries, etc. — not in high salaries for political appointees.” 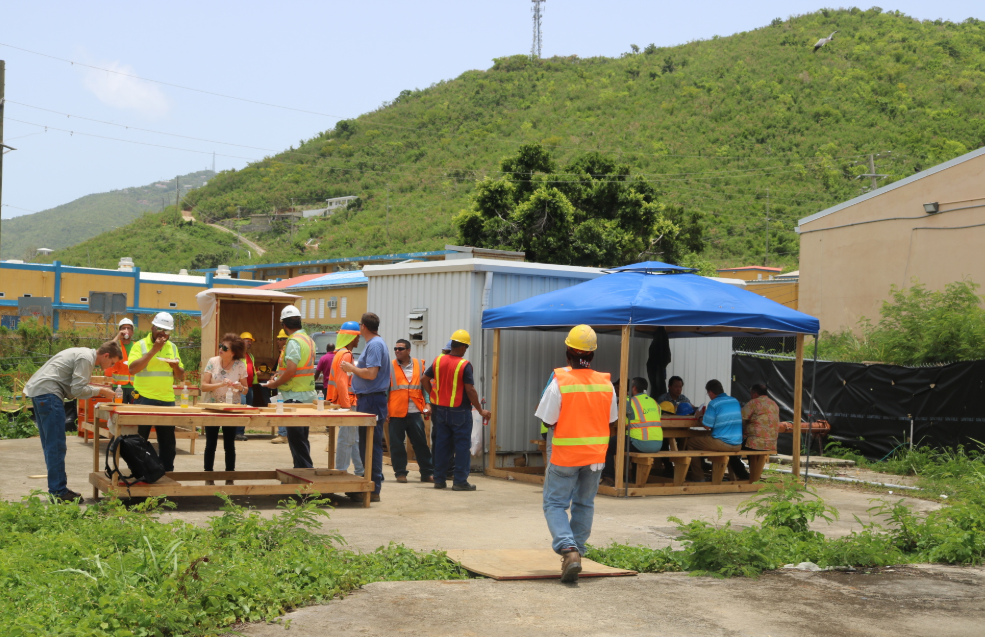 HARD AT LUNCH! Contractors for the Department of Education show that they aspire to eat their lunch as early and as often as Education Commissioner “Dr.” Sharon Anne McCollum. At one unannounced visit during the school year to Claude O. Markoe Elementary School in Frederiksted a reporter observed Commissioner McCollum starting to eat her lunch at 10 a.m. with the principal of  the school eating hers in tandem, hidden away from the rest of the school in an empty classroom.