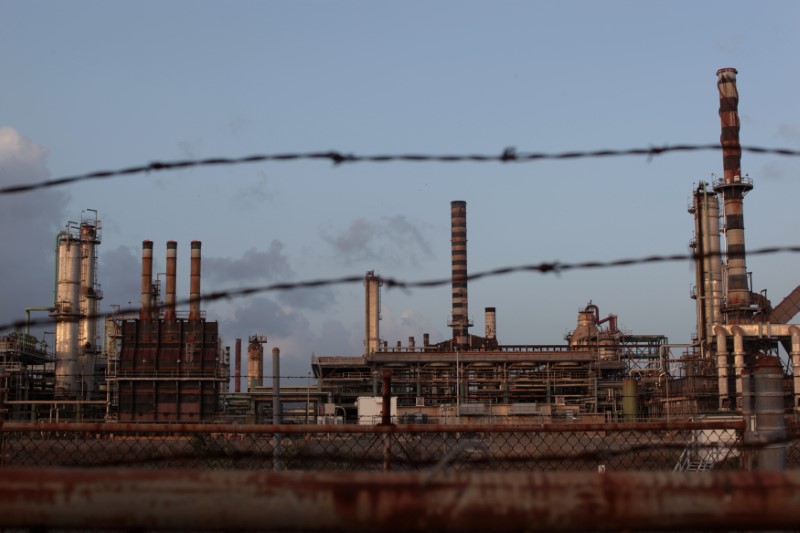 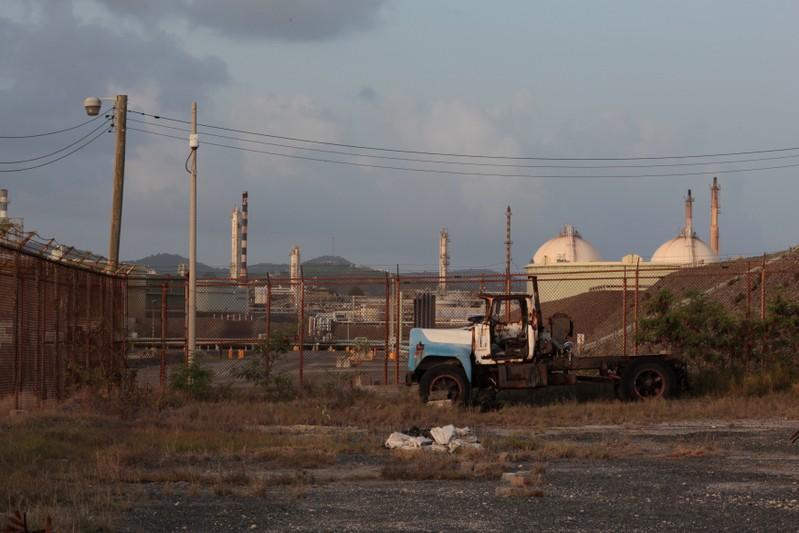 FILE PHOTO: An abandoned truck is seen outside the installations of the Hovensa petroleum refinery in St Croix on June 28, 2017. REUTERS/Alvin Baez/File Photo

CHRISTIANSTED — Owners of an idled oil refinery in St. Croix, that was once among the world’s largest, plan to invest $1.4 billion to refurbish and restart a portion of the plant, they said today.

ArcLight Capital Partners, a private equity firm expects the former HOVENSA refinery to be able to process 200,000 barrels per day of crude and deliver fuels to market by January 2020, officials said at a news conference.

It aims to produce fuels that meet an International Maritime Organization mandate calling for large vessels to switch by 2020 to fuels containing no more than 0.5 percent sulfur from 3.5 percent, the company has said.

If the renamed Limetree Bay refinery can be refurbished to produce the fuels in the next 18 months, it could benefit from expected lower prices for heavy crude and strong demand for its fuels, said analysts.

“If you have the ability to make compliant bunker fuel, you can make a lot of money,” said John Auers, executive vice president at consultancy Turner, Mason & Co.

Mark Broadbent, principal research analyst at Wood Mackenzie, also said demand for IMO 2020 fuels should favor Limetree Bay, but it is unclear whether ArcLight can restore operations within its budget and by 2020.

“Getting an idled refinery up and running could be very expensive,” he said.

In the 1970s, the refinery on St. Croix was able to process 650,000 barrels per day. It halted processing in January of 2012, filed for bankruptcy three years later and was sold to ArcLight and trading firm Freepoint Commodities.

As part of its agreement with the USVI government, Limetree has purchased 225 acres of land and more than 100 homes surrounding the refinery to facilitate the restart, Governor Kenneth Mapp said in an interview.

Reopening the refinery will be a boon to the U.S. Virgin Islands, which has struggled economically since Hovensa closed in 2012.

The government will collect $600 million in revenue from the refinery over its first 10 years in operation, Mapp said.

Restarting the facility also will bring 1,000 construction jobs and 700 permanent jobs to the site, in addition to the 750 workers at Limetree’s nearby oil terminal site, he said.

Officials did not discuss BP Plc’s potential involvement in the refinery restart, but two sources familiar with the matter said the British oil company is in negotiations to supply crude to the plant.

The deal under discussion would be similar to a supply and marketing arrangement BP struck with NARL Refining for the 115,000-bpd Come by Chance refinery in Newfoundland, one of the sources said. That deal soured over two years ago.

ArcLight and Freepoint officials were unavailable for comment. BP spokesman Mike Abendhoff declined to comment on its potential role.

“I am pleased to announce today an agreement between the government of the Virgin Islands and ArcLight Capital, the owners of Limetree Bay Terminals LLC, to restart refining operations on the island of St. Croix. The agreement that we signed this morning, that I will be transmitting to the Legislature of the Virgin Islands, provides that the owners of the refinery will invest, practically immediately, $1.4 billion dollars to refurbish the refinery over the next 18 months and create more than 1,200 construction jobs and as many as 700 permanent jobs once refining operations commence at the end of 2019. The new jobs will be added to the more than 750 jobs that now exist at the terminal storage facility. The initial refining operations under this agreement provides for the processing of approximately 200,000 barrels of crude oil feedstock per day. This agreement is great news for the people of the Virgin Islands as we continue to grow and expand the economy. It is tremendous news for the Big Island, which felt the full brunt of the shutdown of refining operations back in 2012.

“The restart of the refinery will inject hundreds of millions of dollars into our economy, generate new tax revenues to our government and create hundreds of non-refining jobs in addition to those created at the refinery itself. It will also be the impetus of new businesses which may compliment the refining operation. The capital investment in employment alone will significantly boost the St. Croix economy. But it is not only St. Croix that will benefit. As a result of this agreement, the territory’s economy will expand. The Government Employees’ Retirement System will receive a direct flow of revenues to shore up its solvency and a new upscale lifestyle hotel branded at a Hilton, Hyatt or Intercontinental will be constructed on the island of St. Thomas. Today I am submitting this agreement to the 32nd Legislature for its consideration and ratification. I am calling the Legislature into Special Session for 10 a.m. Wednesday July 25, 2018.

“Just for comparison’s sake, in the over 30 years that Hess Oil operated the refinery on the island of St. Croix, the company paid approximately $330 million dollars in corporate taxes to the government. And as you all may recall, in 2015 Hess Oil filed suit for the return of the complete $330 million dollars. This refinery agreement will shore up the finances and buys additional years of solvency of the Government Employees’ Retirement System. My submission to the Legislature provides that 50 percent of the annual revenues from the refining operation go directly to GERS. This amount over the first 10 years from the refinery payments to GERS is anticipated at $300 million dollars. In addition to the infusion of cash from the refinery to GERS, my bill also provides for the purchase of the Government Employees’ Retirement System, the Havensight Mall and the ground lease of the Port of Sale property owned by the public pension program. In addition to that purchase, the bill provides that GERS will receive 50 percent of the annual net revenues of the mall and the ground lease. The Public Finance Authority will take ownership of these properties and the Authority’s subsidiary, the West (Indian Company Ltd.), will fully manage and develop these properties. From the closing payment and new revenue stream generated by investments made possible by this transaction, the PFA will make a $25 million dollar down payment to GERS and enter into a mortgage with GERS (at) a rate of eight percent per annum. A rate above the pension system’s required rate of return, for the balance of the agreed purchase price of these assets. The balance of the purchase price will be driven by appraisals of the property. Acquisition of these assets by the PFA and WICO will allow the government to enter into an agreement with territory’s new partners or others to fully develop and leverage these assets to generate a much higher degree of revenue for GERS and the government. In addition to the 25 million dollar cash injection, the mortgage payment, one half of the mall revenues, one half of the annual payments from the refinery will be dedicated to GERS. Altogether, based on our industry consultants, these measures will generate more than $380 million dollars into GERS over the next 10 years. The actuary defined that these payments and the infusion of cash will not save the system. But they will extend the life of the system by an additional five years giving all of us, the plan’s sponsor, the plan and the plan’s members some breathing space to rationally find a permanent solution to restore GERS to solvency.”