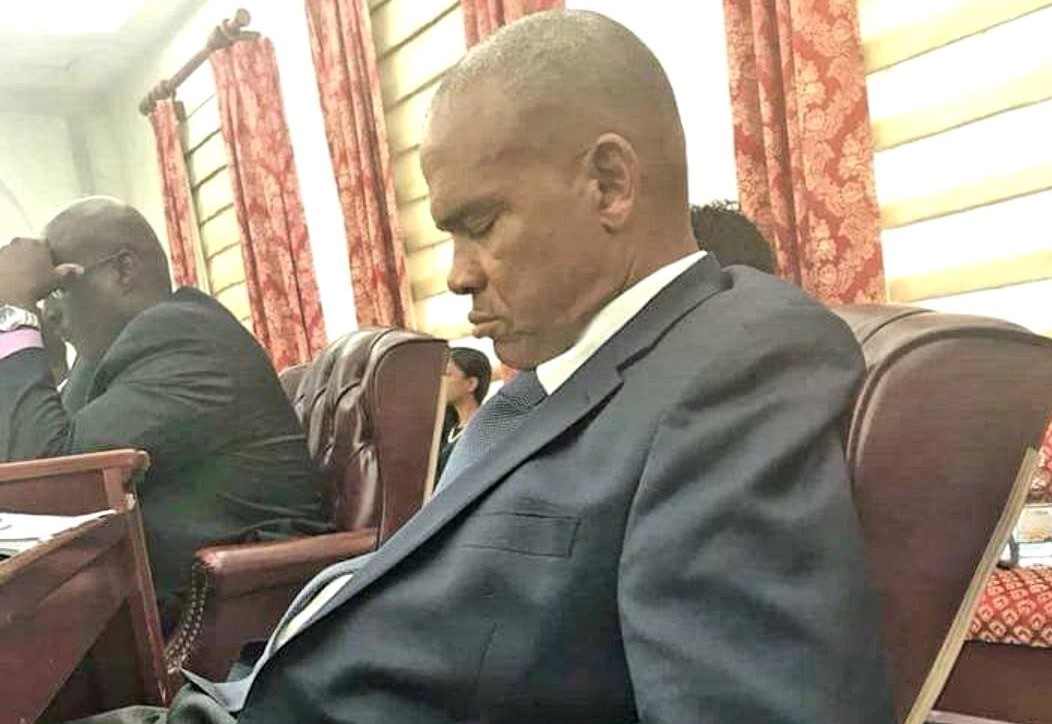 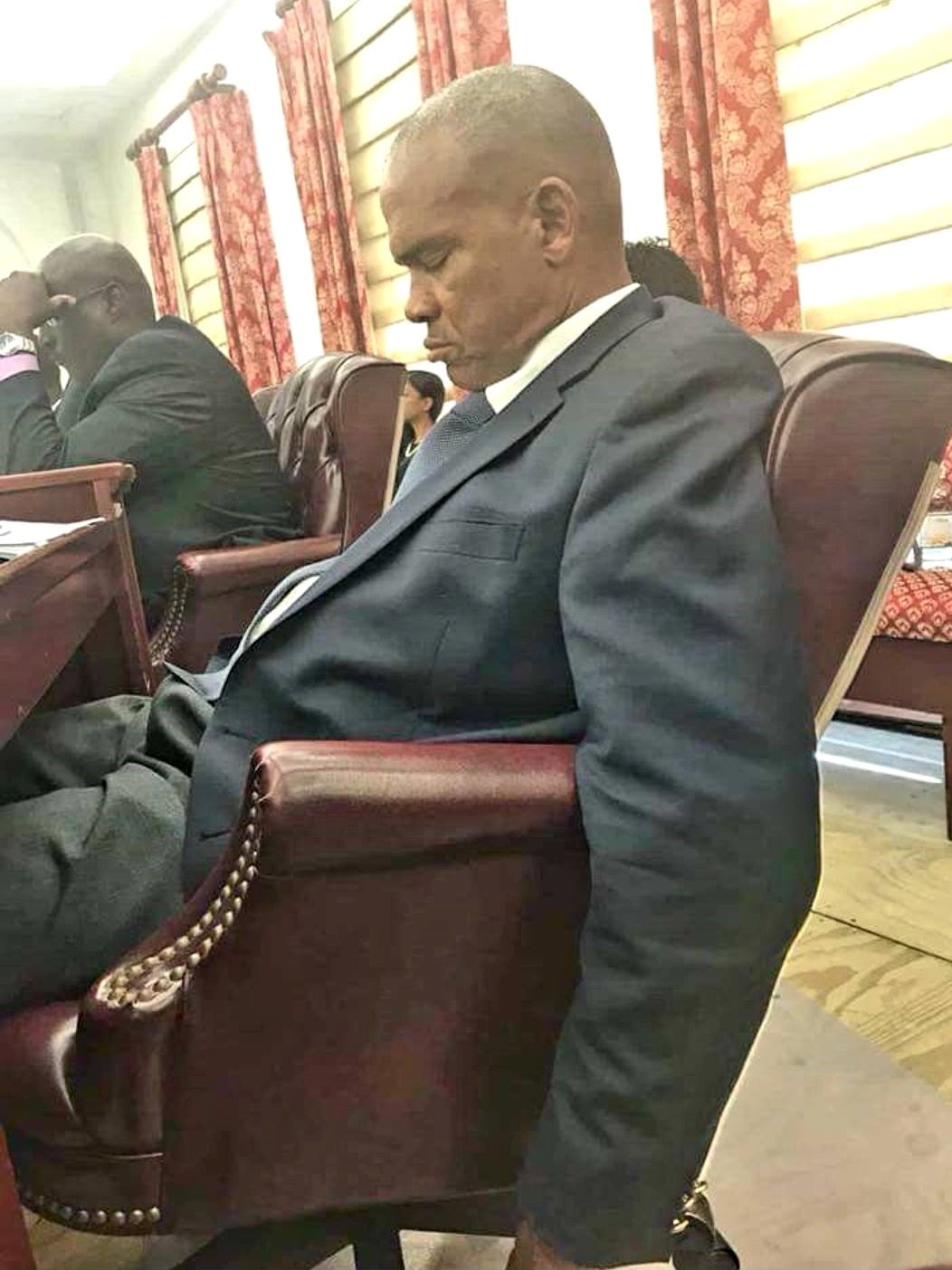 SOUND ASLEEP: On the floor of the Legislature, incumbent Senator-At-Large Brian Smith.

CRUZ BAY –– The last place finisher in the Senator-At-Large race has petitioned the Board of Elections to do a “manual recount” of the votes from the Democratic Primary on Saturday.

Senator Brian A. Smith sent a letter to V.I. Elections Supervisor Caroline Fawkes on Tuesday saying: “I am respectfully requesting a manual recount of the votes for the Senator-At-Large race.”

“There appears to be a lot of irregularities, specifically, with the Senator-At-Large race, as listed below” Smith wrote. “1) The margin of victory was extremely great. 2) The winner of the race also gained more votes than the Democratic gubernatorial candidates. 3) The percentage of votes received by all candidates were almost identical territory-wide in both districts.”

Smith, the incumbent from St. John, said “it is worth noting that this situation is an irregular statistical probability, as such a thorough investigation is warranted.”

The freshman senator finished third out of three candidates behind Steven Payne Sr. and Stacie January on St. Thomas, St. Croix and St. John with about 19 percent of the vote. Payne got about 50 percent of votes cast and January about 30 percent.

“We must seek for transparency and justice for the voting public,” Smith said.

The retired former U.S. Probation Officer was shown sleeping in his chair on the floor of the Legislature on June 26 and the image went viral on social media. 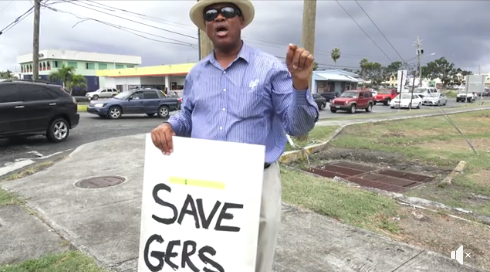 Senator Brian Smith held up a sign that said “Save GERS” at Sunny Isle.