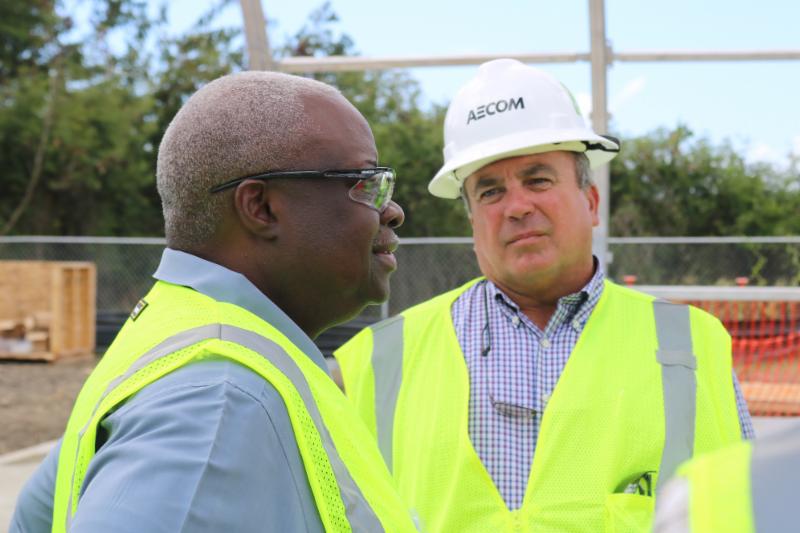 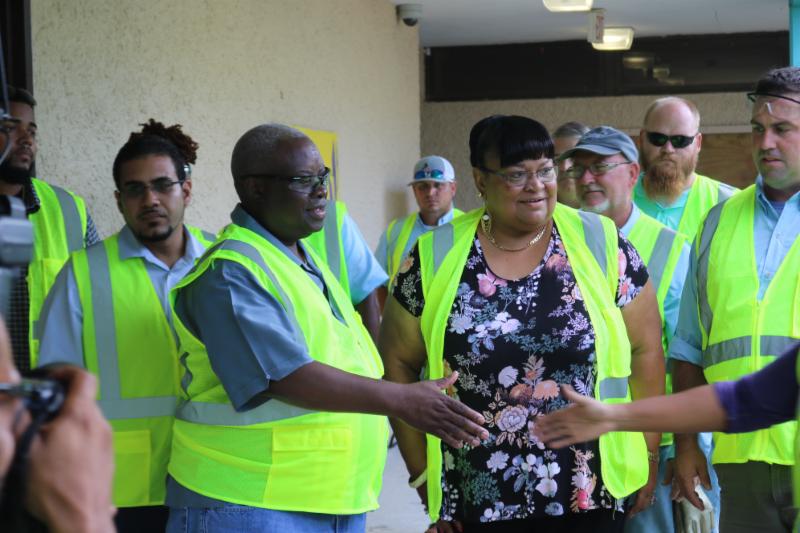 Governor Kenneth Mapp said that he applauds Education Commissioner Sharon McCollum “recommissioning” an Ivanna Eudora Kean High School generator that was used to keep tilapia fish alive on St. Thomas for her own personal use at her private home: “Resourcefulness,” Mapp asserted.

FREDERIKSTED – Governor Kenneth Mapp said today that he is “generally satisfied with the work done on St. Croix’s public schools by contractor APTIM Environmental & Infrastructure, which has performed temporary school repairs at six of the district’s educational institutions.”

Touring three of the schools with projects managed by APTIM on Friday, Governor Mapp expressed his satisfaction with the upgrades to Alfredo Andrews Elementary, Pearl B. Larsen Elementary and John H. Woodson Junior High schools. Observing cleaned and sanitized classrooms, walls, floors and bathrooms, as well as newly installed ceiling tiles, the governor remarked: “Not bad at all.”

During his inspection, work crews could be seen completing various tasks and the governor was assured by APTIM executives that work would be completed in time for the reopening of schools. Jason Edward, APTIM construction manager, guided the governor and his delegation on the tours, and offered insight into the extent of the company’s work.

“Any damaged equipment was removed,” Mapp said. “We’ve taken out all of the ceiling tiles, we’ve cleaned and sanitized all the floors, all the walls, and where the floor was damaged, we have removed [and replaced] floor tiles.”

Edward pointed out that the cleaning agents used in the schools are of hospital-grade quality, and are effective for treating mold and mildew without any negative impact on the environment or persons who will be using the space. 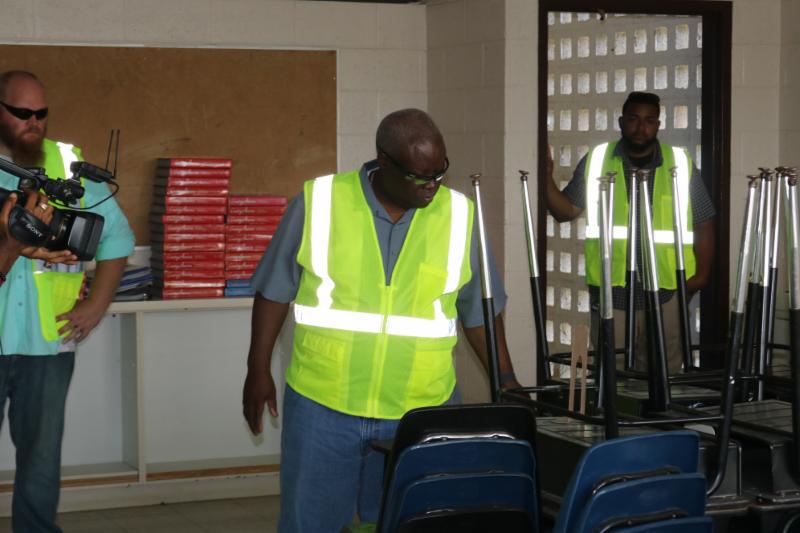 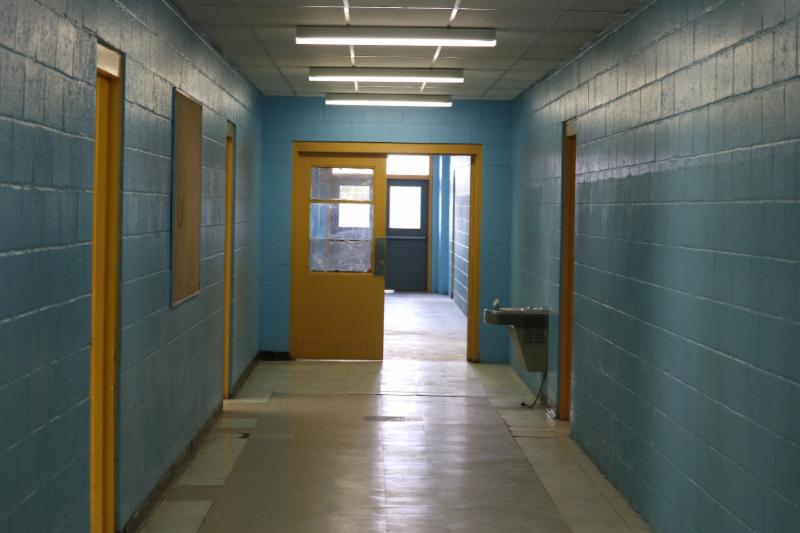 ALFREDO ANDREWS ELEMENTARY SCHOOL ON ST. CROIX – THE BEST PART OF ANY SCHOOL