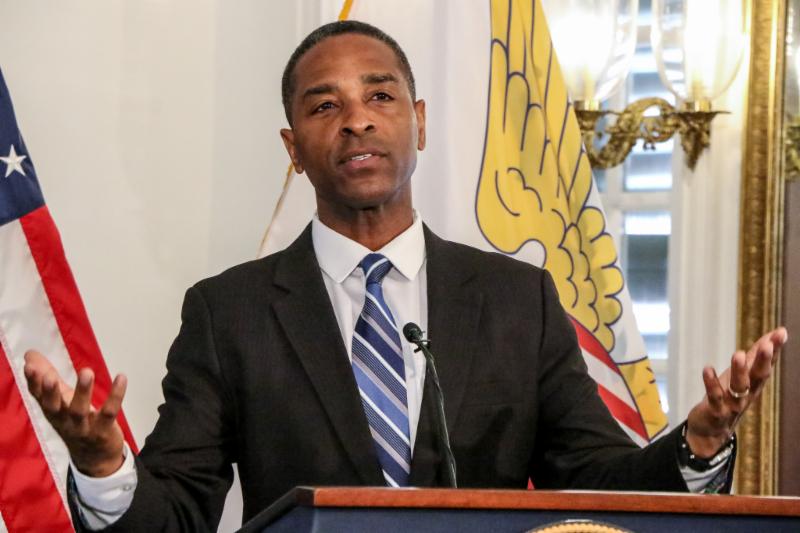 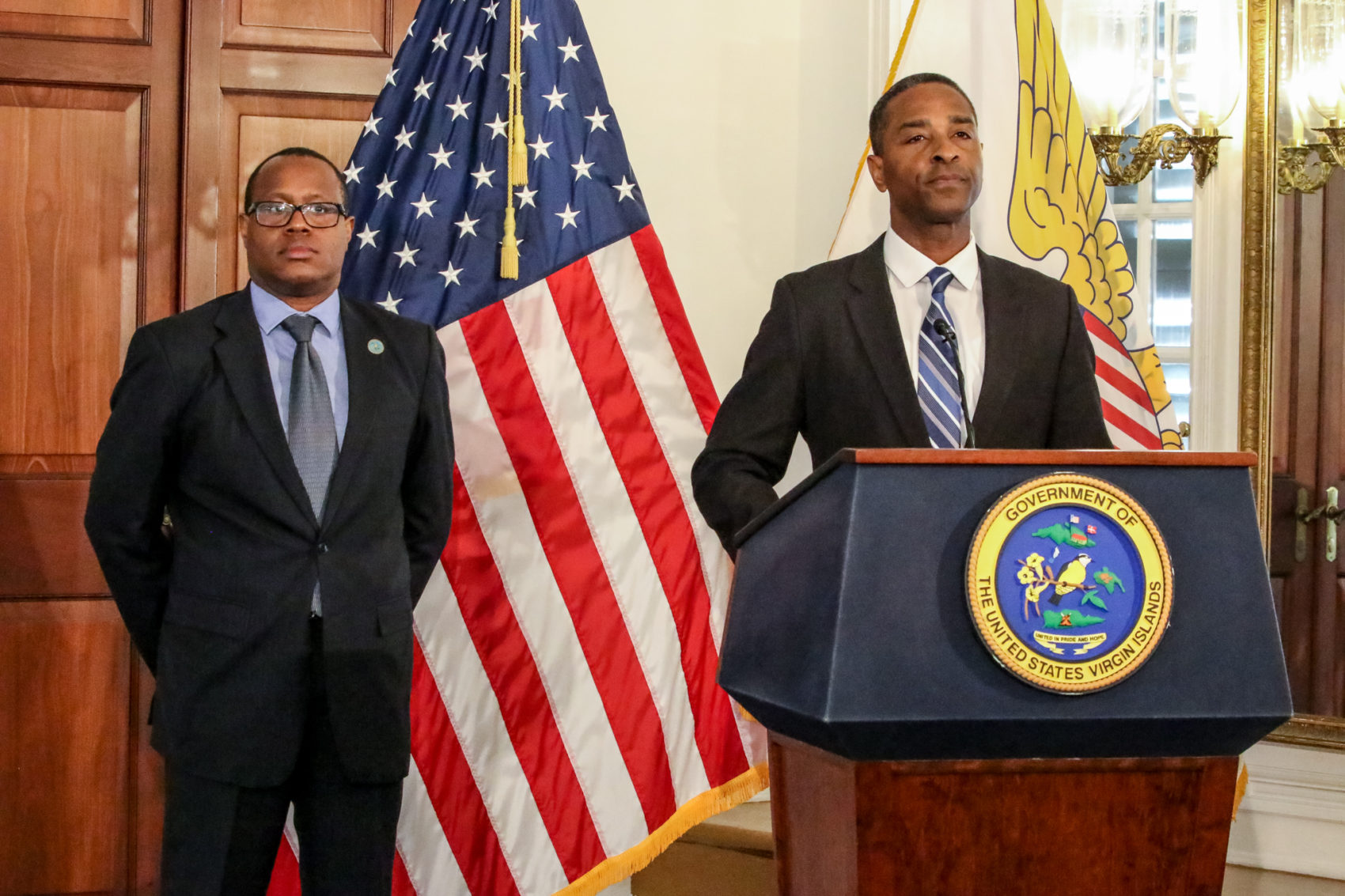 Government House hastily called a press conference after the Virgin Islands Legislature’s legal counsel issued an opinion calling into question the legality of Mapp’s order, and Walker said he felt it necessary to respond.

Government House said that “employees deserve to earn a dignified wage and the Government is obligated to provide residents with adequately staffed schools, hospitals and law enforcement agencies.”

This was the message delivered by Virgin Islands Attorney General Claude Earl Walker and Government House Chief Legal Counsel Emile Henderson III in response to an eight-page legal opinion from the Legislature. Mapp reasserted that he has the ability to increase the starting base salaries for government workers via Executive Order.

“It’s an insulting discussion,” Walker said. “The Governor is seeking to provide a living wage, a just wage… any assertion that the Governor does not have the authority to establish minimum salaries for government employees in the Executive Branch is false.”

Walker took issue with apparent efforts to derail the Governor’s plans to increase starting base salaries, particularly given the Territory’s high cost of living.

“This is one of the most expensive jurisdictions in the U.S.,” the attorney general said.

The salary increases were essential in order to fill critical vacancies and the Governor has a duty to “maintain the efficiency of government” by assuring it can hire and retain essential employees, Attorney Walker said. According to the Department of Education, they desperately need at least 87 teachers for the upcoming school year and vacancies exist in nearly every agency.

The Attorney General said he was compelled to set the record straight in regard to the opinion issued by the Legislature’s Legal Counsel, which he described as “factually incorrect”.

He said the Revised Organic Act of 1954 expressly gives Governor “the executive power and authority of general supervisory control over all Departments, Bureaus, Agencies, and Instrumentalities of the Executive Branch of the Government of the Virgin Islands” and requires the Government to establish policy necessary to protect the health, safety and welfare of its citizens.

“When the Governor recently executed Executive Order No. 483-2018, he made it clear that the Territory needs personnel in critical positions in the Executive Branch of government as we continue the recovery from two Category 5 hurricanes,” the Attorney General said.

The Governor has the power to issue Executive Orders so long as such orders do not conflict with valid and existing laws enacted by the Legislature and this order poses no such conflict as it does not re-appropriate territorial funds, he said, adding that the Office of Management and Budget has identified the funding source for these increases within the existing budget.

“We cannot sit back when people need services,” Henderson said. “Nothing in the Executive Order prevents negotiations with the unions.”

The Mapp-Potter Administration has remained committed to raising salaries and creating new jobs and economic opportunities in both the public and private sectors. Since 2016, Governor Mapp has granted more than 3,000 Government employees raises averaging about $5,000 each.

The current Executive Order not only impacts new hires, but also provides a wage boost to hundreds of public sector employees who are making less than the newly increased base starting salaries.