CHARLOTTE AMALIE — Governor Kenneth Mapp shared flood mitigation plans for various communities and is urging residents to give their input before the government proceeds further.

Taking part in a town hall meeting at Estate Nadir on St. Thomas Thursday evening, he discussed flood mitigation plans for that area as well as for Savan in Charlotte Amalie and Estate La Grange in Frederiksted, unveiling a rendering of the plans for the latter location.

“The mitigation plan is not written in stone and your input, as residents of Estate Nadir, is of pivotal importance in making the final plan a reality,” Mapp said, suggesting that residents participate in the Flood Mitigation Charette with the U.S. Army Corps of Engineers.

“We’re here to hear your concerns and to alleviate any undue stress to you, the residents of Nadir,” Potter said.

Meanwhile, Commissioner Petty joined the governor in explaining the role of the Army Corps of Engineers, outlining that there will be an eight-month period of consultation and design, followed by two to three years of construction.

Petty addressed questions about land acquisition, saying there is no way to anticipate which homes and properties may be needed to fulfill the project’s needs until the charrette is completed – with the community’s assistance – and a design finalized.

A small group of lifelong Estate Nadir residents, knowledgeable of issues plaguing the flood-prone region, announced the formation of a panel to create a list of possible issues, concerns and potential solutions.

The list will be presented at the next Town Hall Meeting with the U.S Army Corps of Engineers. 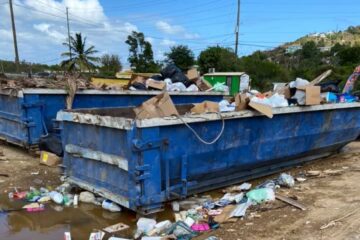 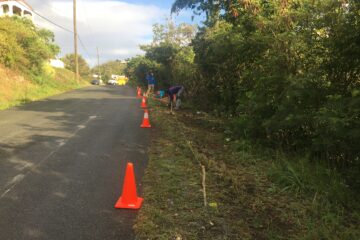 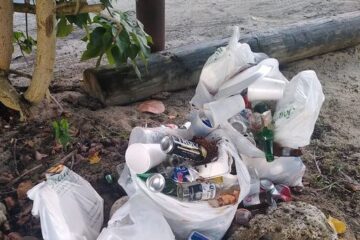 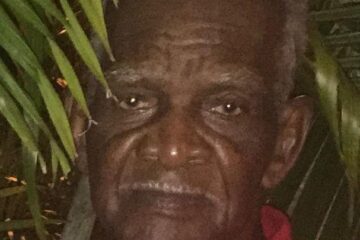