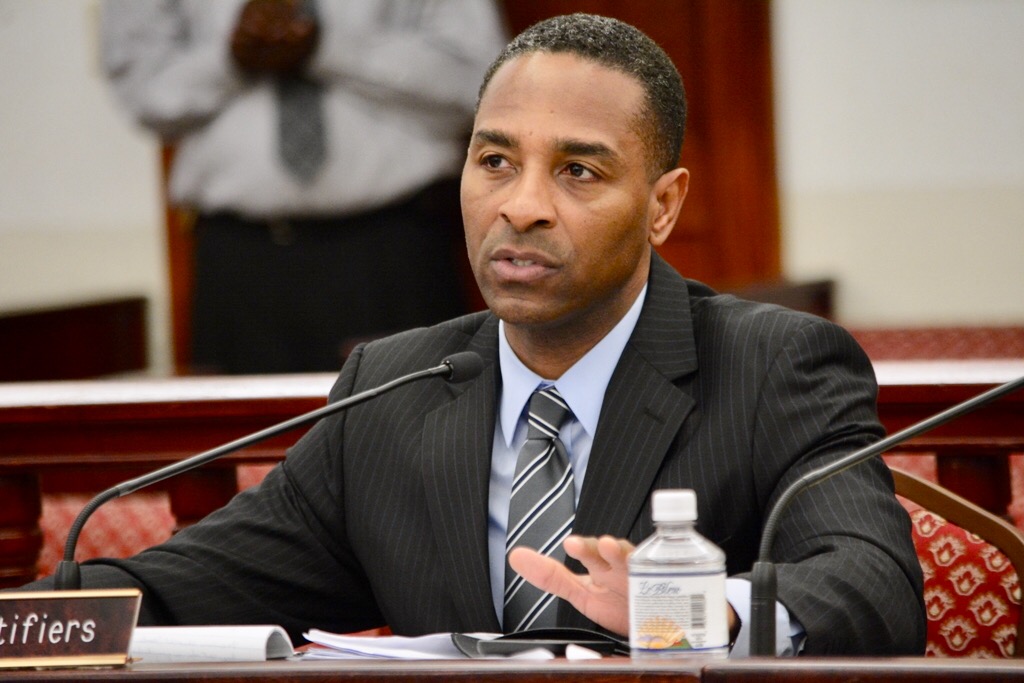 CHARLOTTE AMALIE — Virgin Islands Attorney General Claude Walker has filed a lawsuit to block a faction of the Elections Board from registering new voters on St. Thomas and St. John prior to the Nov. 20 runoff election.

The lawsuit, filed Tuesday and assigned to Superior Court Judge Denise Francois, calls for a temporary restraining order on registration this week, arguing that Board Chairman Arturo Watlington Jr. and the Elections Board should not register any new voters until five days after the runoff election.

The attorney general claimed that unnamed members of the Board of Elections had a question on this issue, so he weighed in on it.

Walker’s complete “advisory letter” to Supervisor of Elections Carolyn Fawkes is below:

At the request of a number of Virgin Islands Board of Elections members, the Department of Justice (DOJ) was requested to issue an advisory letter on DOJ’s interpretation of the election laws in relation to the question of who can legally vote in the upcoming November 20th run-off election for the positions of Governor and Lt. Governor. This advisory letter supersedes all previous opinions or advisories that may have been issued by the Office of the Attorney General on this matter.

On November 6, 2018, citizens of the Virgin Islands participated in a general election which, among other offices, was to decide which candidates would serve as the next Governor and Lt. Governor of the territory. The results of that race did not produce enough votes for any one particular Governor/Lt. Governor team, as is required under the Revised Organic Act of 1954, as amended, and as a result, a run-off election between the top two (2) contenders is scheduled for November 20, 2018.

Then, on Friday, November 9, 2018, the Board of Elections (“Board”) held a meeting in order to discuss details pertaining to the run-off election, and among the issues raised at the meeting was whether the Board would allow the registration of new voters between now and the run-off, and whether any newly-registered voters could legally vote in the upcoming run-off. That meeting, however, was cut short with no resolution. Because of the uncertainty of these issues,
numerous members ofthe Board have contacted DOJ for formal guidance on the matter.

Whether potential voters—who were not qualified electors prior to the November 6, 2018 election—can be registered and legally vote in the run-off election given the language in 18 V.I.C. § 94(c).

In the instant matter, 18 V.I.C. § 1 provides two useful definitions to be used in construing the local election statutes. First, “election’ means any general or primary election, unless otherwise specified or indicated as in the term ‘primaries and elections’ where the intention is to refer to primary elections and general elections.”

Second, “run-off election’ means an election that allows for the selection between the choices receiving the first and second largest number of votes cast in the general election.” Id. (emphasis added).

This line of reasoning follows in the Virgin Islands under 18 V.I.C. § 94(c), which states
that:

The Board of Elections. . . shall sit for the purpose of examining and registering qualified electors on such days and at such times and places in addition to those provided in subsection (a) ofthis section as it may deem necessary or advisable for the accommodation of electors, except that no electors shall be registered during the period of 30 days immediately preceding and five days immediately following each election. (emphasis added)

In other words, to comport with the strictures of Section 94, qualified electors must have been registered 30 days “immediately preceding” the November 6th general election.

The scheduled run-off election is a continuation of the general election that was held on November 6thi and, pursuant to V.I.C. § 94(c), the Board must not register new voters between today and five days after the November 20th run-off election occurs.