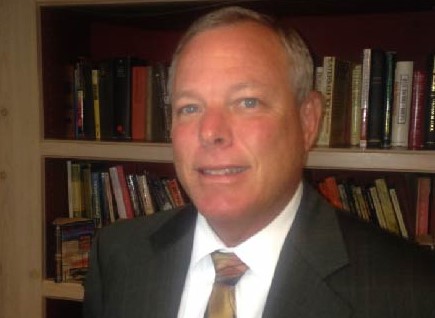 Free tuition for Virgin Islands students, how can you argue against Act 8155? Dr. Hall seemed to outline a compelling case for providing free college tuition to any Virgin Islander who can maintain a 2.5 GPA. I say there are a number of questions that need to be answered before I’m convinced this doesn’t end tragically.

1. How much money will need to be drawn from the Government’s General Fund? The answer was not part of Dr. Hall’s case. That is because nobody knows for sure. How many students are expected to sign on as freshman? Until this is known the invoice can’t be written. Given the number of eligible kids, the annual tab could be $28 million. And that is already on top of historical $20+ million normally earmarked from the General Fund.

Governor Bryan was clear in the SOTT Address: The General Fund is bankrupt. There is virtually no cash on hand, accounts payable in the hundreds of millions of dollars, GERS is owed $150 million, there is an on-going structural deficit – which means more is committed to spending for current programs than money coming in. And according to the governor, it potentially gets worse in 2020, once the recovery money is gone. The economy wll have to recover to replace those lost dollars.

What we have here is an ill-timed takeover of another institution by the government. What happens if the General Fund is unable to make a payment to UVI? I mean, they aren’t making payments to GERS or WAPA. Does the university lay off professors when the check doesn’t arrive?

The previous UVI strategic plan required an $18 million investment in building, etc. Has this investment been made? What is the new infrastructure budget/projection/plan? Who is going to pay for that? Have they even planned for this influx?

3. Why doesn’t the University provide financial transparency? Across America It is common practice for public – and private universities (Brown University, for example, provides detailed, audited financial statements) to post very specific details of their income statement, cash flow and balance sheet and spending policies. UVI posts but a single page of financials each year – the last one posted in 2017. How much money does the university have on the balance sheet? Why don’t they breakdown details of expenses? What are their spending policies? It is a public university that receives over $25 million in public funds and more in grants and philanthropic support. How much waste and financial mismanagement is there at the university?

4. Are students ready for college? I share concerns among those at the university. Here comes an influx of students who have nothing to lose by “giving college a try.” We already know that the average SAT score is just 481 for freshmen who have been accepted by UVI. This is out of a range between 400-1600. According to the UVI website, they accepted 98 percent of those who have applied. Last year almost 1,000 students graduated from 12th grade. Current university enrollment is around 3,000, with 12 percent or 360 undergraduate, non-resident students being derived outside the territory.

Dr. Hall stated at the senate hearing this past year that 60 percent of UVI students needed remedial help with studies. It is likely that many new students may have graduated 12th grade more than a year or two earlier and will likely need remedial assistance and may be on the fringe of a 2.0 GPA. Will these new students require professors to slow down classroom teaching? How will this affect current/higher achieving students’ education opportunity? Are we setting some of these kids up for failure? In 2017 UVI stated a goal to raise the graduation rate from 36 to 41 percent. Dismal.

5. Is money the barrier to completing a college education? Don’t students who want to go to college have access to grants, and as a last resort, student loans? Can you really argue the problem with a low participation and graduation rate is due to the lack of financial programs to pay for college? I say the money is there for those who want to go. I say the entire education system needs to be retooled first so kids are ready and willing to strive for a higher education.

I hope I’m wrong, but we will know what happens in the next two years. But if the government of the Virgin Islands reneges on paying the invoice, it would be a tragedy to see the UVI go the way of WAPA, GERS and the healthcare system.

To quote from an Op-ed drafted by Gubernatorial Candidate Soraya Diase Coffelt:

“Now is not the time to be adding yet another financial obligation on our burden-plagued government. The focus should be on generating revenues to pay down existing debts and stop the waste, misuse and abuse of public funds. Furthermore, immediate attention needs to be given to improving our healthcare system, roads, GERS, and WAPA for example. Moreover, we need to implement an educational plan with long-term solutions to better prepare our children for the 21st century workforce, whether it be to attend college or to learn a career and technical skill.