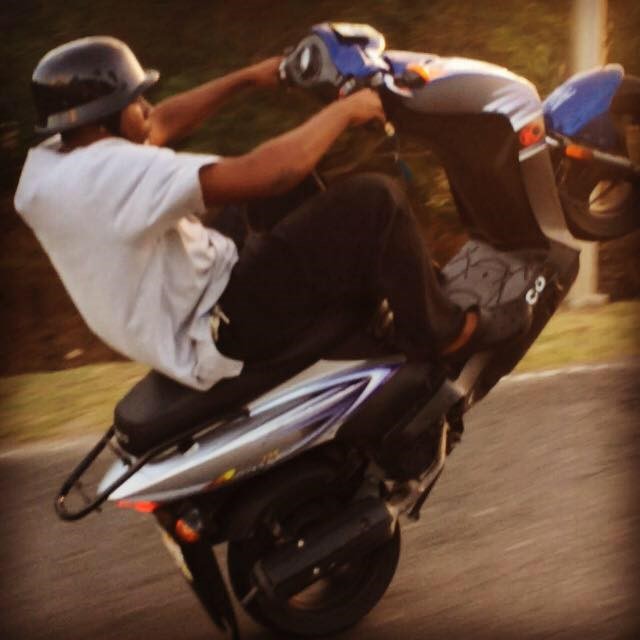 CHARLOTTE AMALIE — An illegal alien from Tortola was driving a motorcycle around St. Thomas carrying a loaded Glock 23, ammo and drugs.

After Westcott crashed, the native of Road Town, British Virgin Islands was taken by ambulance to the Schneider Regional Medical Center where he was treated for the injuries he sustained.

Virgin Islands Police Department investigators at the scene removed a brown backpack from Westcott’s left shoulder and placed it in a marked police vehicle at the scene, a sworn federal affidavit said.

Once at the hospital, alert VIPD investigators found identification in the clothing cut off Westcott by EMTs at the accident scene.

A check of law enforcement databases determined that Westcott was born on Tortola and had allegedly illegally emigrated here from the BVI.

On Friday, a Federal Bureau of Investigation (FBI) task officer charged Westcott with being an illegal alien in possession of a firearm, according to court records.

A detention hearing is set for tomorrow in U.S. District Court in St. Thomas before U.S. Magistrate Judge Ruth Miller.

Where Westcott is from, Road Town, Tortola, guns are strictly forbidden.

People living in the BVI heavily criticize the U.S. Virgin Islands for its gun policies and gun crimes.

–The Virgin Islands Daily News contributed to this report.