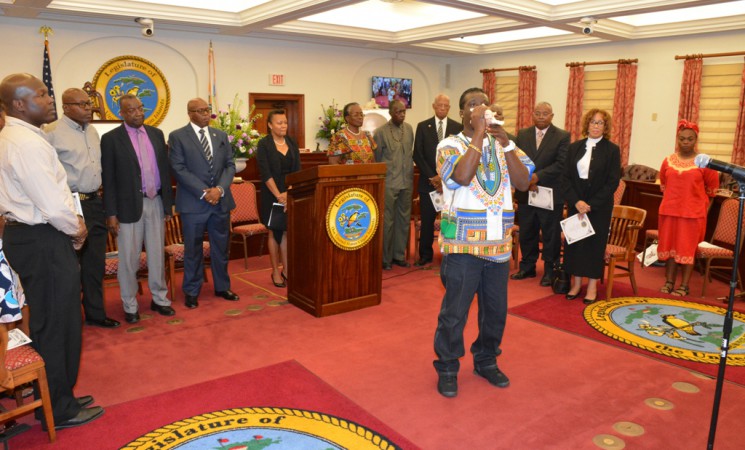 CRUZ BAY — The 33rd Legislature’s Committee of the Whole will meet at 10 a.m. Wednesday, March 20, 2019 in the Cleone Creque Legislative Conference Room on St. John to consider a zoning request and two measures relative to local insurance laws.

Senator Kenneth Gittens, who chairs the Committee of the Whole in his capacity as Senate President, said every effort is made to hold zoning requests on the island impacted.

Zoning request ZAJ-19 would amend zoning laws to allow for a residential property in Estate Contant and Enighed on St. John to be used as a salon and beauty supply store.

“While there were reportedly no objections to the change at a previous public hearing, we look forward to a candid discussion in this regard,” Senator Gittens said.

The two bills — No. 33-0015 and No. 33-0016 — to be considered on Wednesday, proposed by Governor Albert Bryan Jr., will amend local laws to satisfy standards established by the National Association of Insurance Commissioners, according to the Administration.

“These measures were brought forward to help bring the U.S. Virgin Islands on par with other United States jurisdictions,” Senator Gittens said. “Thereby, affording greater and more effective protection to insurance policyholders in the territory. In the aftermath of the devastating 2017 Hurricane Season, we had the opportunity to review our policies and standards and some updates were found necessary. I look forward to vetting these bills and garnering better protections for our residents.”

The public can tune in on Cable TV Channel 26 or view the livestream at www.legvi.org and on the Virgin Islands Legislature’s Facebook page. The hearing will also be broadcast via radio on 91.9 FM.