CHRISTIANSTED — Former St. Croix Senator Wayne James, who was found guilty by a federal jury of stealing public money, is saying in court that he wants a new trial.

But prosecutors argue that he should have to serve the remainder of his 30-month prison sentence.

“Former U.S. Virgin Islands Senator Wayne A.G. James used his only term in public office to embezzle $88,913.51 under the guise of paying for historical research and document repatriation for the benefit of the people of the Virgin Islands,” U.S. Justice Dept. Criminal Division trial attorney Amanda Vaughn wrote in a brief filed on behalf of U.S. Attorney Gretchen Shappert and federal prosecutors. “James instead used the money to line his own pockets, further his own goals of being a screenwriter, and pay new and old personal debts.”

The fashion designer by trade is arguing in court documents that one of the jurors in his trial spoke little English and therefore could not understand the case that was brought against him by the U.S. Department of Justice.

James, 57, was found guilty by a jury of stealing public money on August 16, 2018. He is appealing his federal fraud convictions and prison sentence, according to documents filed in U.S. District Court.

He was sentenced to two and a half years in prison on January 17.

formerly elected to the 28th Virgin Islands Legislature, was found guilty by a federal jury of wire fraud and theft of federal program funds, United States Attorney Gretchen Shappert announced today. District Judge Curtis Gomez remanded James into the custody of the U.S. Marshals after setting his sentencing for December 20, 2018.

In 2008, James was elected by the people of St. Croix to serve in the 28th Legislature of the Virgin Islands. The evidence at trial showed that shortly after taking office, James received approval from the Legislature to conduct research on the 1878 Fireburn, an historic, post-slavery uprising that occurred while the Territory was under Danish rule.

The “Fireburn” was a workers’ rebellion where four women, led by Queen Mary, set ablaze 50 sugarcane plantations to bring an end to poor working and living conditions of the plantation workers. In April 2009, then-Senator James began submitting requests to the Virgin Islands Legislature for funds, ostensibly to pay for research, copying, and translation of Fireburn documents housed at the Danish National Archives.

Though James initially used the funds to pay for the research project, he soon thereafter began to defraud the people of this Territory using an elaborate scheme of submitting fake invoices to secure funds. The trial evidence further established that James’ fraudulent scheme was precipitated by his serious financial hardship, including garnishment of his Legislative salary.

As a result of a $197,000.00 tax levy, the Internal Revenue Bureau began garnishing James’ wages thereby reducing his bi-weekly $2,057.00 take-home pay to $509.00. During the course of James’ fraudulent scheme, he caused the Legislature to pay him over $90,000, approximately $70,000 of which he kept for himself. The evidence at trial also showed that James diverted the misappropriated funds to pay $20,000.00 for his re-election campaign expenses, and other personal expenses.

Though James received over 1,600 pages of Fireburn documents from the Danish National Archives, trial testimony demonstrated that he never delivered the documents to the Legislature of this Territory. Instead, James kept the historical documents in order to further his future plans of becoming a screenwriter of the Fireburn movie.

Jupiter asked U.S. District Judge Curtis Gomez on St. Thomas to declare a mistrial on August 15, 2018, saying his client’s jury trial on fraud and embezzlement charges was irreparably tainted by prosecutors’ efforts to introduce evidence of an unrelated eviction case. 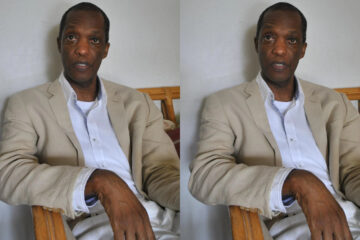 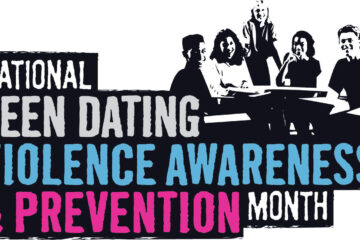 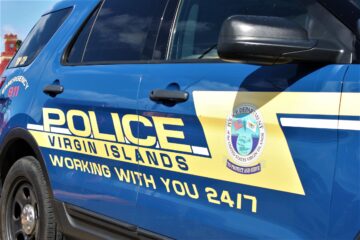 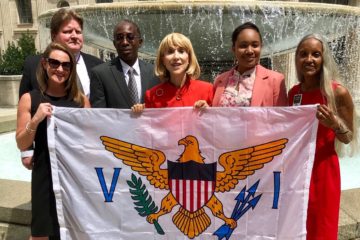