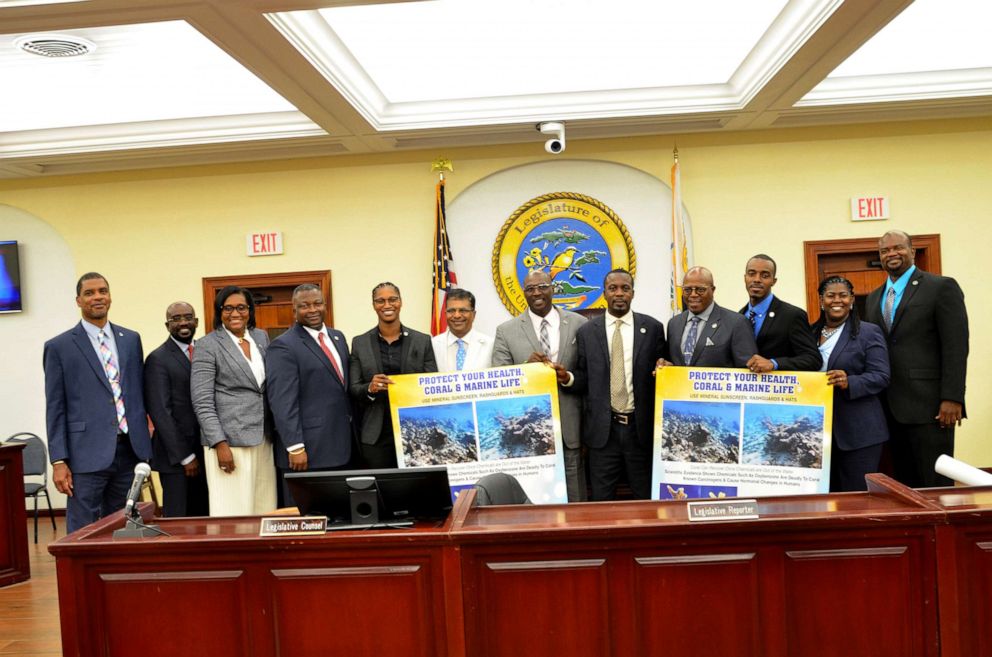 CHARLOTTE AMALIE — Lawmakers approved a bill that would ban the sale of sunscreens with ingredients that environmentalists say are harming the ocean.

Environmentalists welcomed the vote, calling the products toxic and harmful to coral and marine life. Island Green Living Association, a nonprofit group that supported the proposal, said the “toxic” chemicals are at 40 times acceptable levels in some of our waters.

“Oxybenzone, octinoxate and octocrylene devastate coral and marine life and are also known carcinogenic and hormone disruptors in humans,” Harith Wickrema, president of Island Green Living Association, said in a statement. “In addition to environmental and human harm, tourism-based economies will experience financial devastation if coral and marine life die off. The ripple effect would be huge and we need to take action now.”

The group said the bill “goes further” than efforts to fight sunscreen pollution in other parts of the United States, including Hawaii and Key West. It urged tourists and beach goers to look for non-nano mineral sunscreens that do not harm coral life.

“Instead of chemical sunscreen, non-nano mineral sunscreen containing zinc oxide and titanium dioxide protect against the sun and do not harm coral,” the organization said. “Coverings such as rash guards [and] hats also are effective against the sun’s damaging rays. Studies have shown that once these chemicals are out of the water systems, the coral can regenerate.”

The bill is expected to be signed into law by Governor Albert Bryan Jr. next month. The full ban would go into effect in March of 2020.

“Sunscreen pollution, and especially the chemicals of oxybenzone, octocrylene, and octinoxate, can poison coral reefs so that a next-generation of corals and fish can never be established, ultimately giving rise to ruined seascape,” Craig Downs, executive director of the Haereticus Environmental Laboratory in Virginia, said in a statement praising the bill.

“The people of the U.S. Virgin Islands, the tourism industry, and elected representatives of the Virgin Islands have taken an audacious measure to reduce the destructive aspects of sunscreen pollution and to conserve and restore their coral reefs,” he added.