VIPD: Mother Beats Daughter With A Belt, ‘Flat Side Of A Machete’ At High School

CHARLOTTE AMALIE — A woman allegedly beat a minor living in her household at a St. Thomas high school Thursday and was arrested by police the next day, authorities said.

Sherrolyn Warner, 45, of Frydenhoj was arrested about 1:35 p.m. on Friday and charged with third-degree assault-domestic violence, the Virgin Islands Police Department said.

The VIPD’s Domestic Violence Unit visited the campus of Ivanna Eudora Kean High School at 3 p.m. on Thursday “about a female minor who stated that she was assaulted by an adult female acquaintance,” according to the VIPD.

“Investigations revealed that the female minor had noticeable bruises about her arms and legs,” VIPD spokesman Glen Dratte said. “Further investigation revealed that these injuries were sustained from being beaten with a belt and the flat side of a machete.”

The minor female was taken into protective custody by a social worker from the Virgin Islands Department of Human Services, according to Dratte.

Warner was booked, processed, and remanded to the custody of the Bureau of Corrections pending an advice-of-rights hearing, he said.

No bail was set as per the domestic violence law in the territory.

Warner is a former St. John resident who called for a VIPD officer to be fired in April 2007 after he allegedly beat her in Cruz Bay a month before. 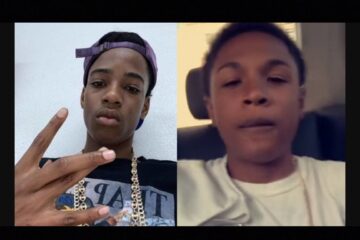 VIPD: Mother Beats Daughter With A Belt, ‘Flat Side Of A Machete’ At High School