CHRISTIANSTED — In an effort to “fast track” horse racing in the territory and provide clarity to all parties on the prevailing issues, Governor Bryan convened a meeting Friday with VIGL Racing Operations, the Chairman of the Virgin Islands Horse Racing Commission and representatives of both the St. Croix and St. Thomas Horsemen Associations.”

During Friday’s meeting Governor Bryan reviewed key provisions of the 2016 agreement with VIGL and the Virgin Islands Government which was a point of contention among the Horsemen and the Horse Racing Association when the agreement was initially ratified in 2016.

The agreement has been the subject of recent public discussions, and rumors in the community as the progress or lack thereof at both the Clinton E. Phipps and the Randall Doc James Racetracks.

Governor Bryan stressed Friday that the most important issue for the administration was to ensure the project was moving in accordance with the parameters set forth by the agreement.

The agreement stipulates that the “effective date” of the contract is not until the grantee, VIGL fulfills a number of provisions, which include acquiring a Racino License and most significantly having all the permits and licenses in place for the facility along with completing several other items.

The project has seen several permitting delays and delays caused by Hurricanes Irma and Maria which struck the territory in September 2017.

The Governor pointed out that the agreement also calls for a project management plan, which was due 30 days after the initial signing of the agreement in 2016.

VIGL stated that they had a meeting with then-governor Kenneth Mapp who reviewed a project management plan that they put forward but could produce an official letter of submittal or letter of approval accepting the plan. Governor Bryan verbally put them on notice that they were in violation of the plan and gave them the 30-day window as prescribed by the contract to correct the situation and pointed out that the contract also failed to identify what specific permits were required to activate the “effective date” of the agreement.

“I would like you to submit your project management plan for approval, as well as a listing of all the permits that are necessary for us to start the timeline for completion of the project,” said Governor Bryan.

VIGL and their attorney, Miles Plaskett, agreed that they would meet the 30-day window.

Also noted at Friday’s meeting was the fact VIGL had begun the purchase of additional properties and the work on the track surfaces at both the Clinton Phipps and Randall “Doc” James facilities out of good faith.

“They have begun the repairs and expansion of the track without actually having activated the contract. VIGL on the request of the government started the maintenance and the improvement of the facility even before they were required,” said Governor Bryan.

VIGL has also been paying for horses to be shipped from St. Thomas to Tortola for racing and offered the same to Horsemen in St. Croix, who refused the offer due to the logistics involved with shipping the horses.

Both horsemen associations expressed their gratitude and thanks to VIGL for keeping an open line of communication and for making good on the promises regardless of the terms of the contract.

The Governor also discussed the recent CZM complaint that has halted work at the Clinton Phipps Racetrack.

“The complaint to the Board of Land Use Appeal has to be heard and resolved for work to continue,” said the Governor before noting that the administration is committed to expediting the process of permitting and advised the group that the Board will be meeting in August to hear the merits of the complaint.

The group agreed on several action items to expedite racing day to include the filling vacancies on the Racing Commission Board, and the promulgation of new rules and regulations for horse racing by September.

Governor Bryan also agreed to prepare a letter to the Federal Aviation Administration (FAA) to expedite the approval of the Randall “Doc” James Racetrack in St. Croix.  Without the approval guidelines, the drawings for the grandstand cannot be completed for submittal for permitting.

We are looking forward for things to begin to happen pretty quickly. The racing commission has been given a mandate, once we get all the members on the board to have the rules and regulations completed by September and then we can get these rules and regulations vetted and promulgated in the public so we can at least have something to let the horsemen know what to expect,” said the Governor.

Governor Bryan said Friday the goal is to have at least some form of horse races in time for the Crucian Christmas Festival or what locals traditionally call Christmas-second-day-races.

In 2016 VIGL entered into a 20-year lease franchise agreement with the government to promote and conduct racing activities in the territory. 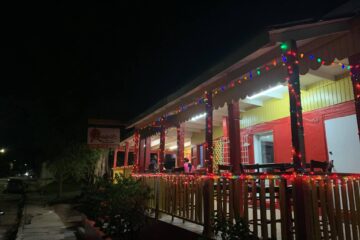 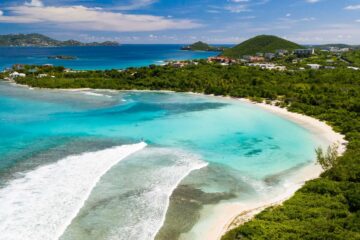