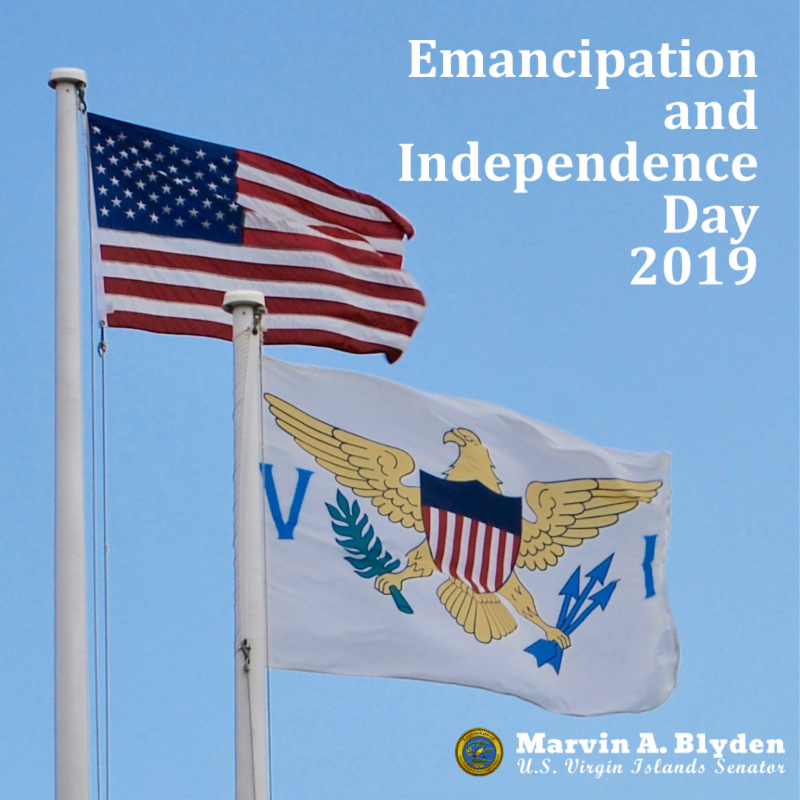 CHARLOTTE AMALIE — The people of the territory paid tribute to the “fortitude and perseverance of enslaved Africans in the former Danish West Indies on the 171st anniversary of the abolition of slavery” on Wednesday.

Emancipation Day activities will be followed by the commemoration of the Declaration of Independence of the thirteen colonies, now the United States of America, from the British monarchy today.

Senator Marvin Blyden said that he joins all Virgin Islanders in celebration of these two important holidays.

“I show my utmost respect to our ancestors who fearlessly marched and gathered in the town of Frederiksted to demand their freedom,” Senator Blyden said. “I carry their strength and resilience with me every day and I am forever reminded that we must all fight against grave injustices and evil towards humankind, but especially towards people of African descent around the world.”

In order to recognize this powerful history, the 32nd Legislature of the Virgin Islands proposed Bill No. 32-0040, making June 26 to July 3 of each year “Freedom Week” in the Territory.

The bill was signed into law on June 26, 2017 by former Governor Kenneth Mapp through the vision of now Commissioner of Agriculture Terrence Positive Nelson, Lieutenant Governor Tregenza Roach and Senator Dwayne DeGraff.

“As we continue to rebuild from the devastation of the 2017 hurricane season, I recognize the advantages and privileges of being inextricably tied to the United States,” Blyden said. “I commend the people who fought for change and progress so many years ago and for the many who continue to pursue freedom and liberty for all Americans and all who wish to call this nation their home.”

The St. Thomas senator said that he wished all Virgin Islanders “at home and abroad a safe and relaxing Fourth of July weekend.”