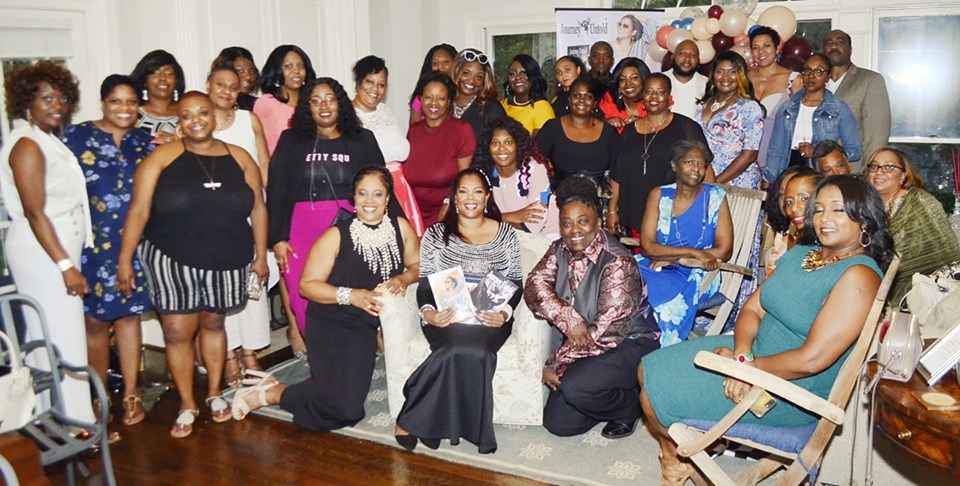 ATLANTA — “This is me giving you my true authentic self unapologetically,” said Yassin Hall as she stood before those attending her latest book launch before taking the spotlight off of herself to make attendees a part of the conversation.

Ahead of Mental Health Awareness Day which falls on October 10, Hall is showing that every day is a day to discuss the scourge which is almost unspoken of in Caribbean and African-American communities. As a child growing up in the U.S Virgin Islands, Hall saw her mother’s mental breakdown and admits without constant therapy, she would not be the mother, entrepreneur and woman that she is today. She’s been seen on PBS, Bravo, CBS and more and her other book on mental health ‘Journey Untold’ has just been approved for a school curriculum in Georgia.

She stopped reading excerpts from her third bestselling book ‘Breaking The Love Curse’ and went around the room to listen to her guests share their stories which ranged from homeless, toxic relationships, domestic abuse, childhood trauma, sexual abuse and more. The unconventional approach in the intimate setting allowed Hall to stray from her writing and share how she grew up as a biracial, illegitimate child who was tossed between wealth and poverty with her families. As a mental health advocate, she said that holding on to the hurt can cause much more to be lost that the original trauma.

One example she gave about overcoming tragedy and learning to heal came from her maternal grandmother. She said she was enraged to learn that her grandmother baked a cake for the man who shot her oldest son multiple times and left him for dead. After praying for him and giving him a stern warning, she recalled her grandmother advising the young man to turn from his life of crime and to accept the Lord. She said the lesson her grandmother gave her in that incident was about forgiveness, kindness and most of all, how to reclaim power and not be a victim. She said she didn’t fully understand it until that young man was gunned down a few weeks later and died.

“I’m a survivor and victorious and I understand that God made me uniquely me,” Hall said. “I’ve been blessed more times than I’ve been hurt. I never imagined that I would be a bestseller with my first book, much less have that book remain on the bestseller list some five years later. This latest book continues the message of healing with mental health and it also provides numerous resources along with those I have sought services with. Sometimes people just don’t know where to start and I want to help them so that they can take that journey towards healing.”

Hall’s books are available on Amazon.  Hall is also considered an Amazon sales guru who teaches others how she became a self-made millionaire selling on the ecommerce giant website.