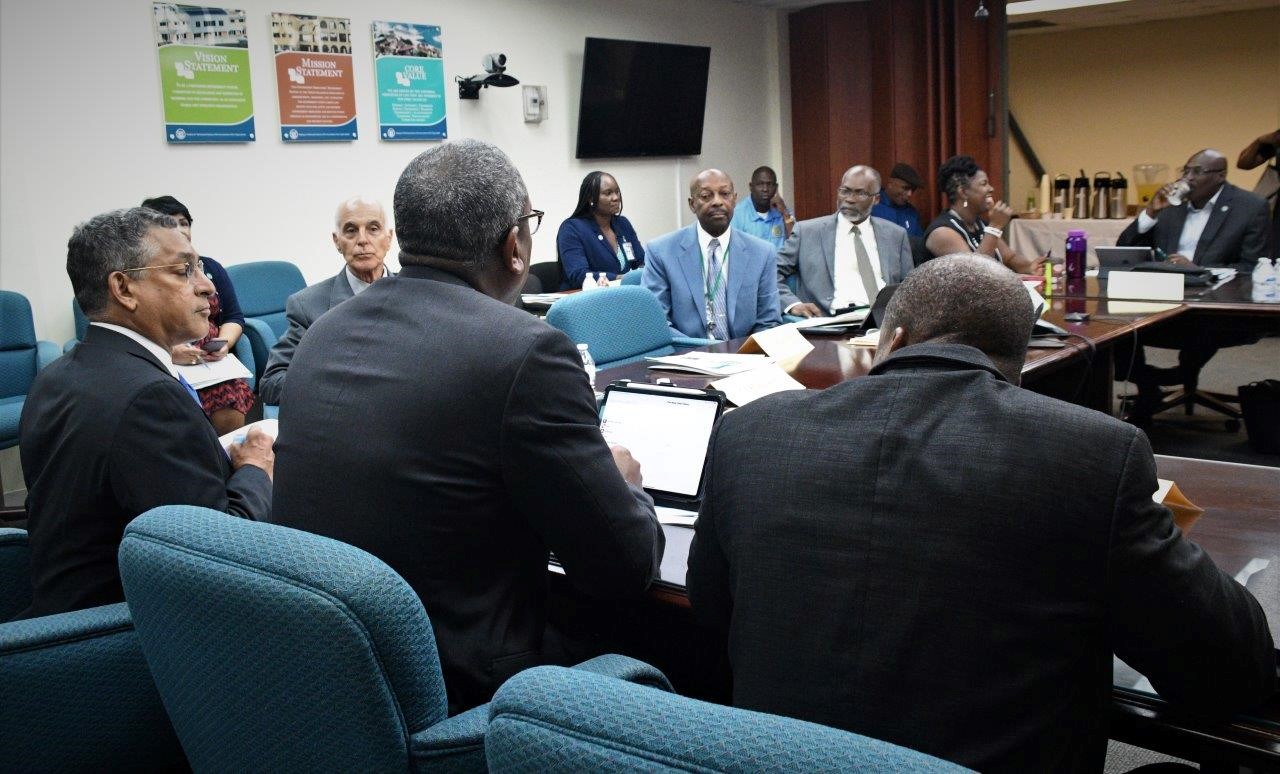 “Thank you to the senators who voted in favor of reappropriating funds to avert a crisis that would have significantly and negatively impacted the people of this territory,” Bryan said shortly after the vote. “This is a clear indication that no matter where we stand on the issues, the executive and legislative branch can work collaboratively for the people of the Virgin Islands.”

The vote was taken during an Emergency Legislative Session held on St. Thomas where senators considered testimony provided by Virgin Islands Office of Management and Budget (OMB) Director Jenifer O’Neal on the availability of USVI government funding, from WAPA officials on the utility’s financial status and from Public Services Commission (PSC) officials on their decision not to consider WAPA’s request for a base rate adjustment.

Following several hours of testimony, senators voted to reappropriate $6 million in funding from FY 2020 budget to assist WAPA in meeting its financial obligation to Vitol for December 2019 and January 2020.

Senators also voted to require semi-autonomous agencies and instrumentalities of the Virgin Islands government to submit a quarterly financial report to the Legislature effective January 2020.

“The reappropriation of $6 million in funds is only a short-term fix, and now we have to look more comprehensively at the long-term solution,” Bryan said of Friday’s vote. “We must address WAPA’s request for a base rate adjustment to help to stabilize the utility’s unstable financial position.”

“In addition to the members of the 33rd Legislature, we extend gratitude to Governor Albert Bryan, Jr. and Lt. Governor Tregenza Roach for their leadership in a collective and collaborative effort of both branches of government to address this most pressing issue,” Kupfer said. “For WAPA, there is currently no option other than the use of lower-cost propane to generate electricity through the use of more efficient and reliable generators at both power plants as we continue to incorporate renewables into our long-term generation mix.”

Since the suspension of fuel supply by Vitol, WAPA has been forced to use the more expensive No. 2 oil on older, less efficient, and less reliable units, according to WAPA.

“The average cost of oil is approximately 40 percent more expensive than LPG,” he said. “Using 100 percent oil to generate electricity costs WAPA and subsequently our ratepayers approximately $200,000 per day.”

Kupfer also expressed his appreciation to the members of the PSC who met in an emergency meeting on Friday to reconsider some of the actions taken at a December 12th meeting.

“Friday’s action by the PSC to extend the lease generation surcharge is welcomed by WAPA,” he said.

Based on the decision the PSC made earlier this month, WAPA maintained that it could not afford to pay for rental generators which use propane fuel to generate electricity beyond December 31 when the surcharge was originally set to expire.

Kupfer said that WAPA continues to lobby the PSC for consideration and implementation of a permanent base rate. WAPA said it must have a permanent rate structure before it can approach investors to refinance the outstanding debt owed to Vitol.

“Not only will the refinancing allow us to spread the debt out to a longer term at less stringent monthly payments, we can use the refinancing to lower rates for our customers,” the WAPA executive director said. “We urge the PSC to implement the base rate as suggested by the hearing examiner immediately.”

The adjustment requested by WAPA — which is still on the table with the PSC — would not have resulted in a rate increase to the ratepayer because it was balanced by the decrease in the fuel charge and the discontinuation of the generator surcharge, the governor said.

“But I also acknowledge and share the serious concerns of the all sitting senators over WAPA’s lack of transparency about its financial situation,” Bryan said. “There must be accountability and assurances from WAPA for us to move forward. The people of the territory will no longer accept lip service, and we must hold WAPA’s feet to the fire.”

Bryan has said that his administration and the Legislature have agreed that WAPA needs to fulfill its obligations to the ratepayers by making needed improvements to its management structure and by resolving billing discrepancies.

The emergency legislative session was called following meetings held on Saturday and on Monday between Bryan, Roach, and all 15 senators of the 33rd Legislature to address WAPA’s propane supply crisis.

On Saturday, December 21, Vitol ceased supplying propane to WAPA following a default notice issued on December 12. The move effectively forced WAPA to shut down its most efficient propane-fueled generators and began using more expensive No. 2 oil on its older, less efficient generators.

WAPA officials have said the utility does not have revenues to pay the higher fuel costs and will not be able to sustain electrical generation without an immediate infusion of cash.

Demand for WAPA’s services has gone down about 14 percent since September 2017, but prices keep rising because it is not enough of a drop for the utility to turn off one of its fuel-burning generators.