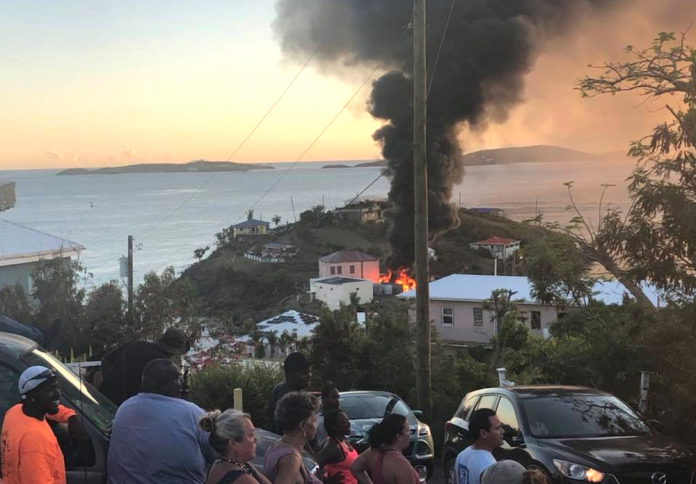 We all know the dire situation WAPA finds itself in (and therefore, the economy and people of the VI). It is about lights out now that they can’t extract anymore money from an already burdened customer base. Even most politicians are running for cover (except Governor Albert Bryan, Jr.)

Here is the reality — any business will eventually cut off a customer due to non-payment. WAPA is always quick to flip your switch off. But in this case, it is WAPA who is late on the payments and about to be turned away from LPG. Hopefully those holiday and Christmas lights won’t need to go dark before a permanent solution is found.

WAPA rates with LPG are still near .50/hour and will go higher if they switch back to #10 Fuel oil (let’s say .56/hour). But I offer a solution (albeit a longer-term solution). Sell WAPA to a private company for a dollar and get the government and WAPA out of the way. Private businesses throughout the world operate utilities far more efficiently than a semi-government agency.

Here are some facts to consider. The power company in Grand Cayman, Caribbean Utilities Company, LTD; is a publicly traded company. They are a great comparison because Grand Cayman generates 161 megawatts of power annually (close to the VI) has 30,000 customers (near to WAPAs); population of 65,000 across three islands. Here are the facts. They had revenue of $56 million last quarter, and a profit of $10 million – about a 20 percent margin. They had $375 million in total debt with $30 million due this year. They had $36 million in cash on hand and have open access to the bond markets. According to their report they are upgrading distribution and generation capacity out of working cash flow. They have $237 million more in assets than debt (shareholder equity). GC is a possession of the UK, the Queen appoints the governor. They have a long-term contract with the government to operate. Neither the GC government, nor CUC has a need to draw any money from the UK — they are completely self-sufficient. And here is the number we have all been waiting for: What is the cost for a residential customer per kilowatt hour? As a comparison, according to the EIA, the average cost for electricity for a residential customer in the US is .128 cents a kilowatt hour. In the Cayman Islands, where power is reliable, run by a public company who makes 20% profit the cost is .1077 a kilowatt hour, plus a $5.411 monthly flat fee. Of course, their power is priced in Grand Cayman Dollars – right now one US dollar will buy .81 GC dollars, so the real rate is about the US average of .13. They do run on diesel fuel and that charge is about .12 an hour. Still the all-in monthly cost is around .26/hour.

When, when, will the VI abandon progressive Democrat policies and embrace true change??? I suppose the lights will need to go out….before being enlightened to a better path forward.

1 thought on “WAPA Will Become Self-Sufficient Only If We Sell It To A Private Company: COMMENTARY BY POKORNY”