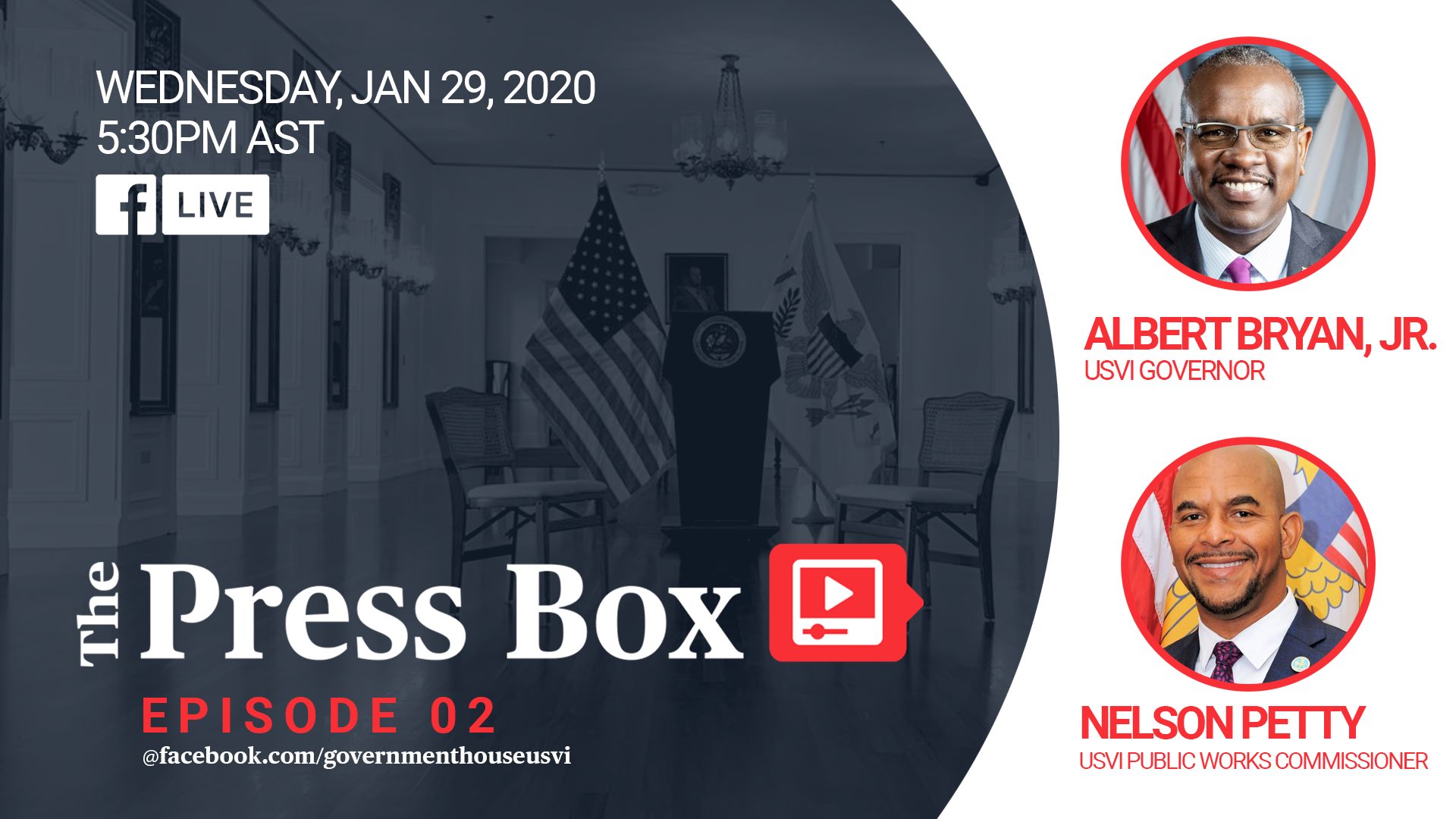 CHARLOTTE AMALIE — Government House said it will increase transparency by releasing a series of packaged Internet-based broadcasts of top government officials discussing the salient issues of the territory.

Governor Albert Bryan, Jr. has begun “The Press Box,” a podcast that features informal discussion with members of the Bryan/Roach Administration that are live-streamed at 5:30 pm on alternate Thursdays.

The first episode of “The Press Box” featured an interview with Bryan conducted by host Brad Nugent and was live-streamed on January 16.