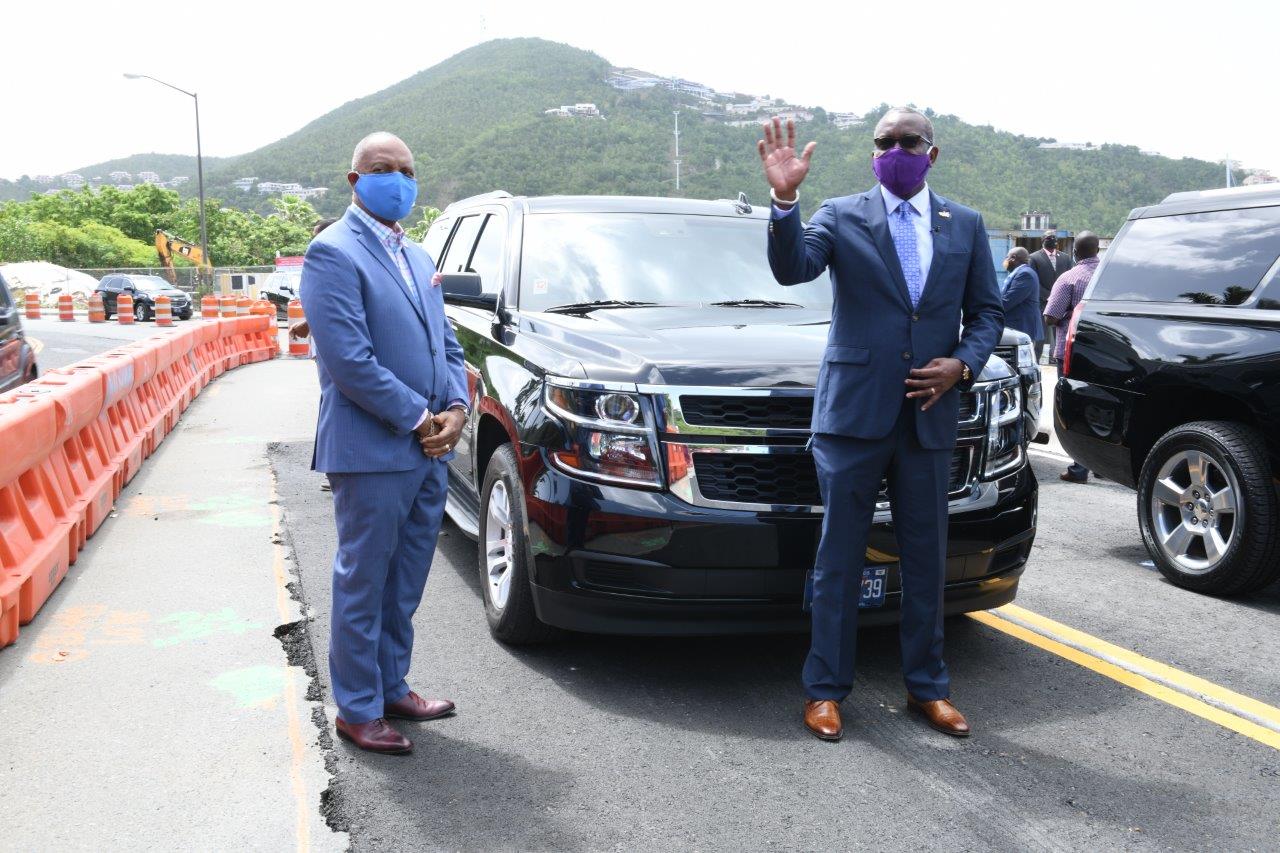 The road works project is part of a larger revitalization of the St. Thomas waterfront and the downtown areas of the capital town.

After some brief remarks, Governor Bryan and Lieutenant Governor Roach led a cavalcade of vehicles for an inaugural drive on the newly opened road.

Phase 1 of the Veterans Drive Improvement Project finished by the American Bridge Company well before its completion date of July 2021 at a cost of $45 million.

The design for Phase 2 is scheduled to be completed in 2021, with an estimated cost of $100 million.

The work for Phase 2 will include widening lanes on the waterfront from 9 to 11 feet; expanding the promenade, which will have a double alley of trees to enhance the pedestrian experience; raised speed tables for pedestrian crossings; areas for sidewalk cafes and other commercial activity; pedestrian and road lighting; a landscaped median; and improvements to the plaza area, which will include a water feature.

Upon the project’s completion, the existing roadway between the Legislature and Fort Christian will be closed to become a pedestrian walkway.

The Veterans Drive road project is the culmination of a multi-day charrette called the Town’s Blueprint that took place in 2010.