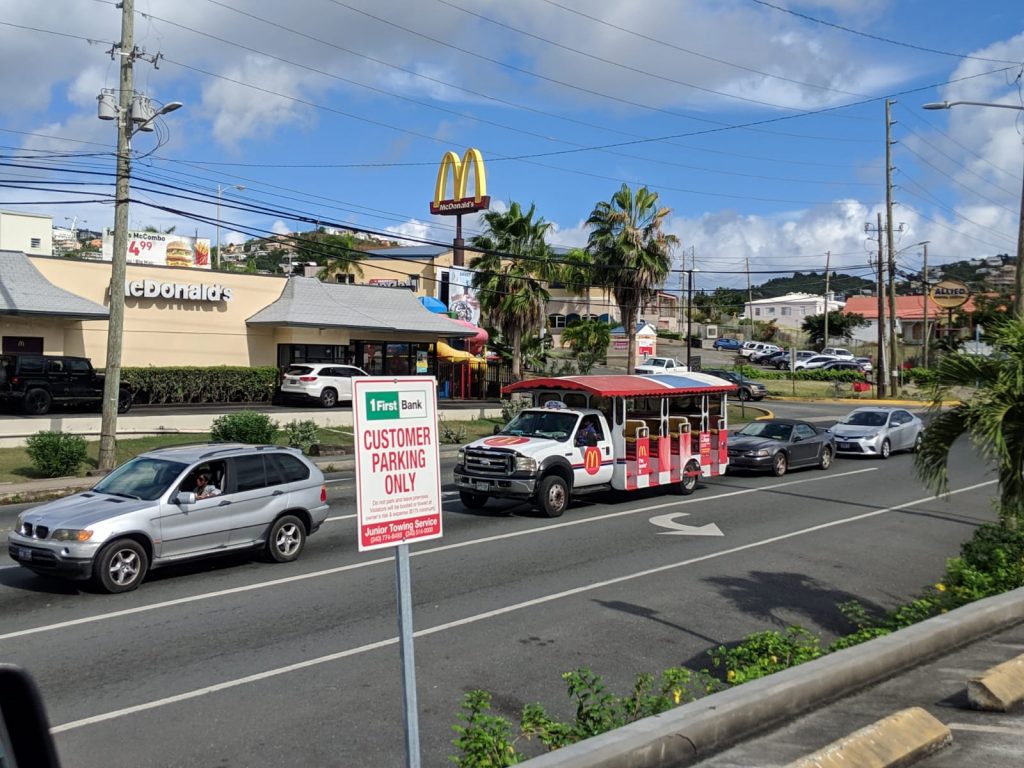 CHARLOTTE AMALIE — A St. Thomas man who was chased by federal agents on foot through a Tutu fast food restaurant parking lot in February with $800,000 cash and a machine pistol, pleaded guilty to having an illegal gun, but not to being a drug dealer.

Gretchen C.F. Shappert, United States Attorney for the District of the Virgin Islands, announced that John Burgos pleaded guilty Thursday to possessing a machine gun in violation of federal law. He faces a maximum sentence of ten years in prison.

As a term and condition of his guilty plea, Burgos agreed to waive all interest in the $800,000 which is being administratively forfeited by the Drug Enforcement Administration (DEA) Caribbean Division.

According to court documents, on February 21, 2020, federal agents acting in an undercover capacity made numerous phone calls to an individual later identified as John Burgos.

The purpose of the calls was to negotiate the transfer of money proceeds of suspected drug trafficking, in the amount of $800,000.

On February 24th, federal agents met up with Burgos at a predetermined location on St. Thomas.

Burgos was completing the monetary transaction when he saw the agents and fled.

Agents recovered a 30-round extended magazine in Burgos’ pocket.

Nearby, under a vehicle, agents recovered a loaded Glock pistol equipped with an “auto sear,” a conversion device that renders a pistol fully automatic (for use as a machine gun).

Agents seized the money, the auto sear, the ammunition, and firearm.

This case is being investigated by the U.S. Drug Enforcement Administration (DEA) and the U.S. Department of Homeland Security Investigations (HSI).

It is being prosecuted by the Assistant U.S. Attorneys Kyle Payne and Nathan Brooks.

He had no known criminal history before Thursday’s guilty plea.