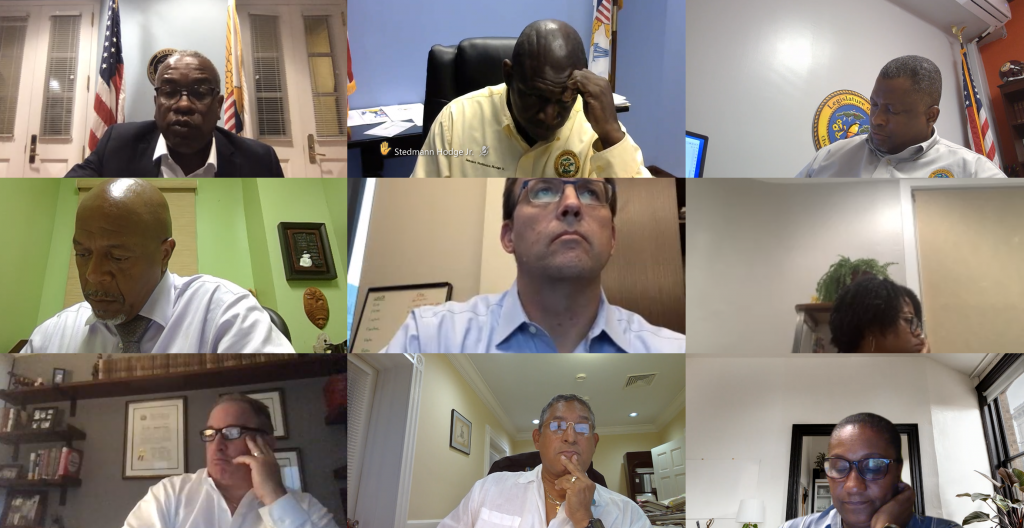 CHARLOTTE AMALIE — Governor Albert Bryan, Jr. has called the 33rd Legislature into a Special Session to take action on his proposal to reauthorize the Matching Fund Securitization, as well as to address two other legislative matters.

Bryan set the date for the session as December 3.

The governor’s proposal seeks to increase revenue for the territory by refinancing the existing Matching Fund debt for savings and allowing the USVI to re-enter the public bond market. The cash flow from the refunding of the bonds, in collaboration with the Legislature, will be assigned to priority areas, such as the Government Employees’ Retirement System and infrastructure projects in the territory.

“The proposed securitization of the Matching Fund Receipts, which is not an uncommon practice in the marketplace and has been used in the industry with great success, is expected to significantly increase cash flow to the government of the next three fiscal years by replacing higher interest bonds with lower interest bonds, generate significant savings from the proceeds of the bonds, achieve an investment-grade rating that would return a government entity to the bond markets, and create a vehicle for the government’s future bond needs,” Governor Bryan wrote in his transmittal letter to Senate President Novelle Francis, Jr.

On a separate matter, Bryan also submitted proposed legislation amending Act 8310, which addresses the governor’s authority to borrow monies from public funds of the Virgin Islands to offset cash flow problems caused by shortfalls in the collection of revenues resulting from the COVID-19 pandemic for fiscal year 2021 instead of the previously authorized fiscal year 2020.

The 33rd Legislature had passed a previous version of the bill earlier this year that authorized the government to access a line of credit to be used for Government operations affected by the financial fallout from the virus pandemic. That bill, which was not used, authorized borrowing based on FY2020 revenues.

The third matter Bryan has asked the 33rd Legislature to take up is a bill to provide for the enforcement of orders during a State of Emergency. The proposed legislation adds new sections to the Nuisance Chapter 73, under Title 14, to enable enforcement of provisions of Executive Orders for the protection of the community during the current COVID-19 State of Emergency and provide protection against any future emergencies or disasters.