FREDERIKSTED — Friends and family of Kaheem “Shandell” Thomas are wondering if some of the official psychiatric help their friend and family member got contributed to his untimely death this year.

Thomas, 30, of Mars Hill, had been struggling with schizophrenia when he got into an altercation with a security guard, stole the guard’s weapon and fatally turned the gun on himself on June 2.

Prior to that deadly incident, Thomas had been told by his behavioral health counselor in 2015 that smoking marijuana did not cause his mental illness. He had been suffering with schizophrenia for at least 10 years.

His counselor said that Thomas had expressed an interest in weaning himself off of his prescribed medication for schizophrenia and onto smoking marijuana medicinally instead.

On June 2, at approximately 4:24 p.m., the 911 Emergency Call Center received a report of a man down at Estate Mountain, the Virgin Islands Police Department said.

“Officers traveled to the area and discovered an unresponsive male lying in the parking lot near Neighborhood Pharmacy,” VIPD spokesman Toby Derima said. “The individual was transported via ambulance to the Juan Francisco Luis Hospital and Medical Center, where he succumbed to his injuries.”

The victim was identified by his father Parjet Thomas as his son “Shandell” Thomas of Canebrake Apartments in Mars Hill, Frederiksted.

“Investigation revealed that Thomas got into a physical altercation with the pharmacy’s security guard. During the altercation, Thomas disarmed the security guard and turned the firearm on himself,” Derima said.

Parjet described mixed emotions when police called him to the scene of the incident seven months ago.

“I felt relief in one way, just to know he didn’t turn the gun on anyone else,” Parjet told the St. Croix Source. “But I felt a burden knowing then he was dead, so that was hard to deal with — to look at him, seeing him there dead.”

Shandell was denied entrance to Neighborhood Pharmacy by the security guard because he was not wearing a mask, as required by the government’s COVID-19 protocols.

Kaheem Thomas left the business upset, but returned minutes later by instigating a fight with the security officer that ended with Shandell shooting himself.

Today, the friends and family of Kaheem, wonder if the professional advice he was given by the “behavioral health counselor,” to give up the medical prescription that kept the Frederiksted native’s demons in check — in favor of smoking marijuana — contributed to his sudden death.

“I feel that the folks in the West Indies and on this island, particularly, feel that marijuana is not a drug because you don’t put it through a lot of chemical processes,” Evadne Sang, the only psychiatrist on St. Croix told The Source. “It is a drug, just like cocaine is a drug….It changes the chemical reaction in the brain,” she said. “We’re losing a lot of good, young minds to the use of drugs and not getting proper mental care.” 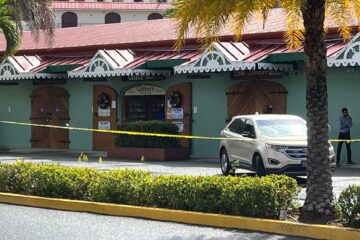 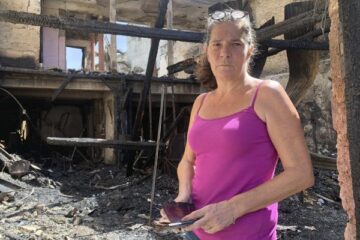