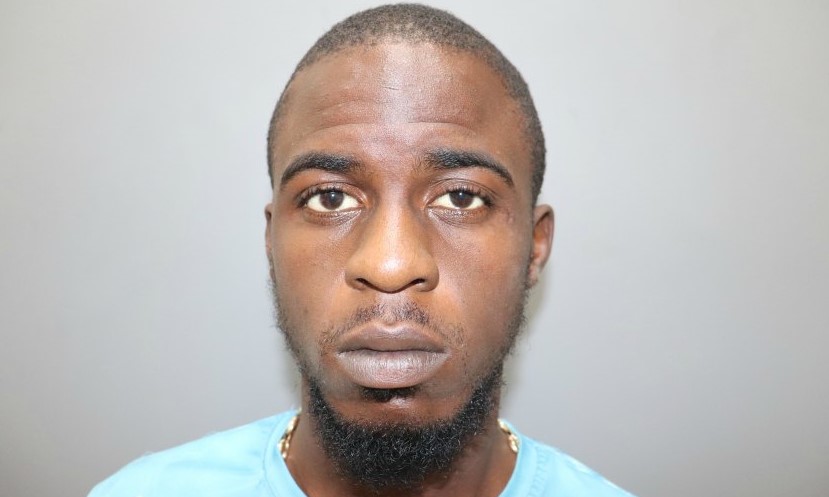 Kahlid Blyden, 26, of Caret Bay, is charged in the complaint with possession with intent to distribute marijuana and possession of an unauthorized firearm and ammunition, U.S. Attorney Gretchen C.F. Shappert said.

According to the affidavit filed in the case, Blyden was involved in an automobile accident on August 21, 2020. A responding officer smelled a strong odor of marijuana coming from the car driven by Blyden.

Officers searched the car and found a backpack with a large plastic bag inside containing marijuana, an AR-15 pistol and a box of ammunition. Blyden attempted to flee while being placed under arrest, but was detained after a brief chase.

He posted bond in Territorial Court and the case was transferred to the United States Attorneys’ Office on October 9, 2020.

A court date is set for November 4, 2020, for a preliminary hearing
before Magistrate Judge Ruth Miller.

This is not Blyden’s first brush with the law. On November 25, 2013 he was arrested by police and charged with burglary after an Estate Solberg resident said Blyden stole a television set from his house, VIPD records indicate.

Blyden is the son of St. Thomas Senator Marvin Blyden. Blyden is the current Majority Leader in the Legislature and running for re-election in the general election tomorrow.

Police Commissioner Trevor Velinor promised a full Internal Affairs investigation into the circumstances of the August arrest of Blyden after a Virgin Islands Police Department (VIPD) officer leaked part of the documentary video evidence of the alleged crime scene to social media.

The current case is being investigated by the U.S. Bureau of Alcohol, Tobacco, Firearms and Explosives (ATF).

It will be prosecuted by United States Attorney’s Office of the Virgin Islands.

A federal criminal complaint is merely a formal charging document, and it is not in and of itself evidence of guilt, the U.S.A.O. said.

“Every person before the court is presumed innocent until and unless found guilty beyond a reasonable doubt in a court of law,” the office said.