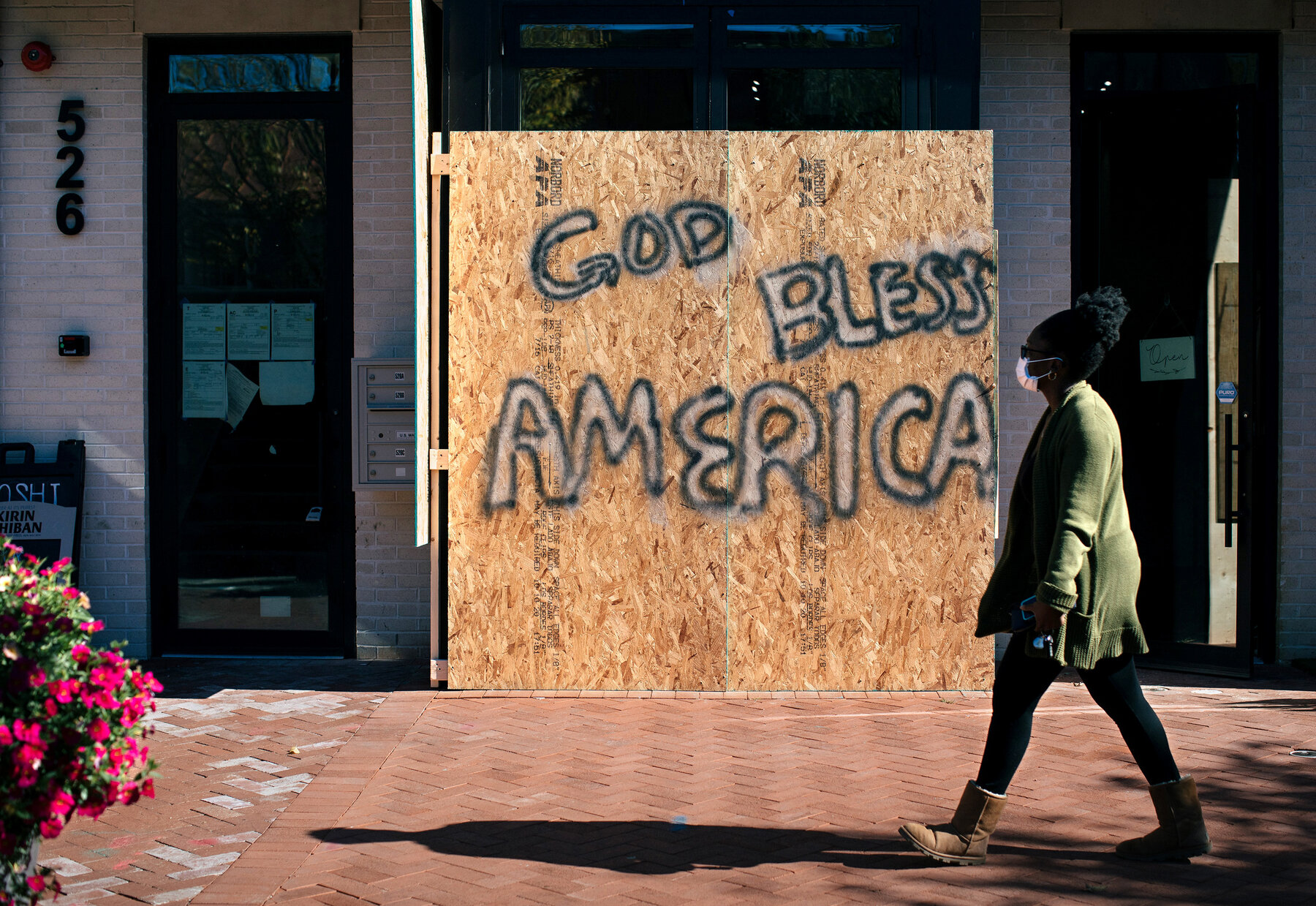 This is a dark and dangerous moment for American democracy.

A sitting president has spent months telling lies about non-existent voter fraud. Now that his re-election bid is in deep trouble — but with the outcome still uncertain — he has unleashed a new torrent of falsehoods that the other side cheated. He has demanded the Supreme Court intervene to decide the election in his favor.

His supporters are staging protests in Arizona, Michigan, Nevada and Pennsylvania meant to interfere with legitimate vote counting. In Phoenix, some have showed up at the State Capitol with guns (as you can see in this short video taken by my colleague Simon Romero).

The worst democratic outcome — in which judges appointed by the president’s political party intervene to overrule the apparent will of voters — seems likely to be avoided. The Supreme Court has shown no signs of halting vote counts, and Joe Biden’s leads in the decisive states may end up being large enough to avoid the election hinging on the sort of ballot-counting minutiae (like hanging chads) that decided the 2000 result in Florida.

But President Trump’s actions are still causing significant damage. They undermine his supporters’ faith in the country’s government. They also undermine the credibility of the United States around the world. And they force election officials, journalists and social-media platforms to choose between telling the truth and sounding nonpartisan; it is impossible to do both about Trump’s election claims.

In the simplest terms, the president of the United States is attacking American democracy in an effort to remain in office.

Susan Glasser, The New Yorker: “There have been many times, over the past four years, that covering Trump’s Washington felt like a foreign assignment to me, never more so than while driving around the capital these past few days and seeing boarded-up storefronts and streets cordoned off for blocks around the White House, in anticipation of unprecedented post-election violence. I have seen such scenes before, in places like Azerbaijan and Russia. This is Trump’s America. It is not the America I have known.”

Steve Vladeck, University of Texas law professor: “For anyone complaining about the ‘late’ shift in totals toward Democrats in MI, PA, and WI, most of those votes actually came in *first.*” But Republican-controlled state legislatures refused to allow the counting of mail ballots as they arrived.

Nicholas Kristof, a Times Op-Ed columnist: “If Biden wins after this poisoning of the chalice, he will inherit a badly divided country after an election that many will deem illegitimate, and it will be harder to govern and more difficult for the United States to exert influence around the world.”

In Michigan, Democratic Senator Gary Peters won re-election. In Maine, the Democrat Sara Gideon conceded to Senator Susan Collins. The combination leaves Democrats with 48 Senate seats and four races still undecided, but the Republicans candidates appear in strong shape in two of those (Alaska and North Carolina).The remaining two races are both in Georgia, and Democrats would need to win both — as well as the vice presidency — to take Senate control. That is unlikely but not impossible. One of the Georgia races is already headed to a January runoff. It will be between Kelly Loeffler — the Republican incumbent, whom the governor appointed to the seat after a retirement — and Raphael Warnock — the senior pastor at the Atlanta church where Martin Luther King Jr. preached. The other Georgia race — between Republican Senator David Perdue and Democratic challenger Jon Ossoff — will go to a runoff if the remaining votes to be counted cause Perdue’s total to fall below 50 percent. In the House, Republicans will probably gain between seven and 12 seats, The Cook Political Report estimates, but Democrats are expected to retain their majority.