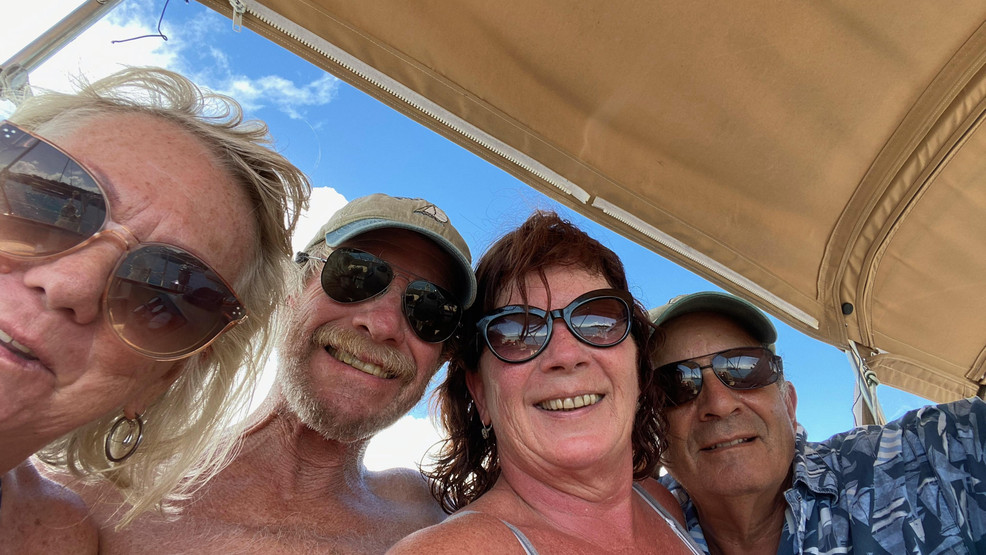 ROAD TOWN, Tortola — A group of American leisure sailors claim they are being held hostage in the British Virgin Islands after they violated the British overseas territory’s coronavirus rules.

The group of four accidentally sailed into BVI waters. The BVI government has prohibited visits from foreign nationals due to COVID-19.

The Americans are being detained in single hotel room. Under the BVI’s current rules, anyone entering the country must undergo a mandatory 14 day quarantine.

Lynn Hines, of Manning, South Carolina, said she, her husband and their two friends sailed a mile and a half into BVI waters before realizing their mistake and turning their ship around.

She claims by the time they turned to leave, a BVI customs boat had already been dispatched to intercept them.

The customs agents charged them with attempting to enter the country illegally and detained them.

“We have been informed because we were on the boat we were also in territorial waters and also being detained,” John Hines, Hines’ husband, said.

She said the group was then told they would be fined.

“This is where they took our passports and all the boat’s documentation and then stated that you are being charged with trying to enter the country illegally, not coming to a port of entry and they carry two $10,000 fines,” Hines told Virginia-based broadcaster ABC 7 WJLA.

Hines said the ship’s captain attempted to pay the $20,000 fines, but only had credit cards, and the customs officials allegedly had asked for cash.

The Americans have complained that their hotel room is infested with bugs and that their sink is broken, according to North Carolina broadcaster WSOC-TV.

The corrupt BVI government released a statement on November 29 regarding the incident.

“All four persons are safe and are being cared for with BVILOVE and with the finances of the Government and people of the Virgin Islands … The public is being reminded that the territory reserves the right to apprehend and prosecute any person regardless of nationality, race, gender etc., who violates the laws of the British Virgin Islands,” the statement said. “The allegations being circulated by the press and persons are without merit and can easily attract civil and criminal liability.”

They are waiting to appear in court, where they hope they will be granted the freedom to leave the islands.

Hines said that the country’s immigration officials, not their customs officials, were handling the case.

The U.S. State Department said it was aware of the situation and that it was providing assistance to the Americans.

“We take seriously our responsibility to assist U.S. citizens abroad, and are providing all appropriate consular services,” the agency told WSOC in a statement. “We remain in communication with the detained U.S citizens.”

The group left on November 15 from St Thomas to sail to St. John when they fatefully entered BVI waters.

BVI officials extracted a $20,000 “fine” from another boater from the U.S. Virgin Islands, who said he will never return to that British territory.

“I for one have no intention of ever returning back to the BVI and it breaks my heart, it really does,” said lifelong sailor Kevin Gregory, 66, who lives on St. Thomas.