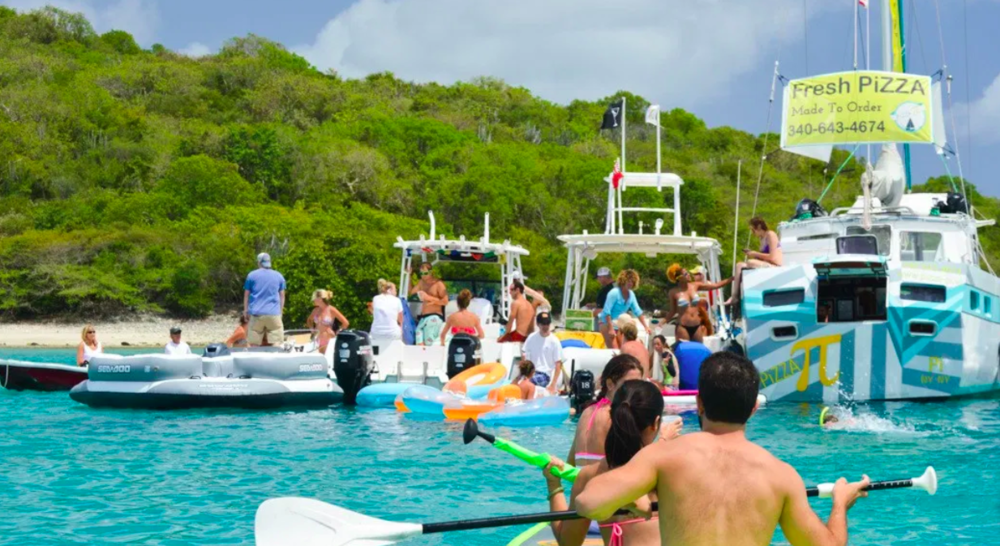 CHARLOTTE AMALIE — A St. Thomas boat captain who lives on his vessel said he bought $105 worth of pizza and drinks at sea — and then was given a whopping $1,000 ticket from a health inspector for not wearing a face mask.

Charlie Knape, who lives aboard his vessel Classy Lady in Cowpet Bay, said he picked up three pizzas and two drinks from Pizza Pi, a St. Thomas pizzeria in Christmas Cove that is accessible only at sea — and when he got to his vessel 20 minutes later he was presented with a ticket from a female health inspector.

“Just another post of the absolute stupidity of our government: here’s a ticket I received yesterday for eating pizza, on my live aboard, without a facemask,” Knape said. “I had a piece of Pizza in my hand as she handed me the ticket.”

Knape, a native of Grand Rapids, Michigan, said he is in favor of facial barriers and Governor Albert Bryan’s COVID-19 health protocols, but that some discretion has to come in to play as far as the amount of the ticket — and whether a verbal warning can’t be issued before a fine is enacted.

“Note, the ticket has a time stamp less than 20 minutes after we ordered Pizza,” he said. “I’m all for mask mandates, but making up your own price for violations and fining people for eating at their home is insane.”