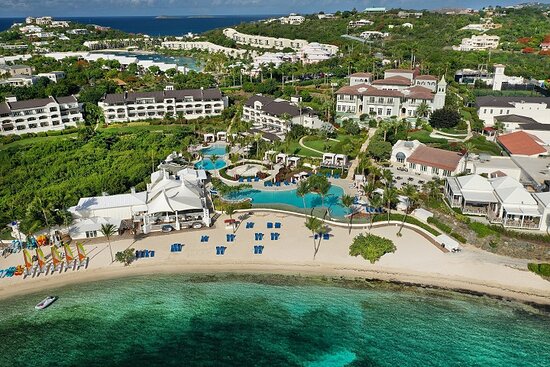 PHILADELPHIA — A Third Circuit judge Tuesday questioned whether the U.S. Virgin Islands was protected by the Tax Injunction Act from a suit challenging the constitutionality of the territory’s timeshare tax, saying the law’s language appears to apply to states only.

U.S. Circuit Judge Michael Chagares during oral arguments asked how the law — which prevents federal courts from intervening in cases when local jurisdictions have the capacity to resolve them — could apply to the Virgin Islands when the provision’s language plainly refers to states.

Judge Chagares addressed his questioning to Geoffrey Eaton, partner at Winston & Strawn LLP, who is representing the Virgin Islands in the suit filed by a group of timeshare owners who claim the tax discriminates against nonresidents.

“The statute does say under state law when an efficient remedy may be had in the course of such state,” he said, referring to the Tax Injunction Act. “How do you address that language?”

Eaton told the three-judge panel during Tuesday’s oral arguments that the word “state” in the U.S. Code has been interpreted as applying to territories.

But only Congress can decide whether the Tax Injunction Act applies to the Virgin Islands, and lawmakers have not explicitly said that it does, counsel for the property owners, Carl Hittinger, partner at BakerHostetler, told the court.

“This court really has to defer to Congress to determine what they want to do with their territory, whether they want this act to apply or not, and they have not done that,” he said.

Hittinger argued that the tax imposed by the Virgin Islands is, in its intent and effect, discriminatory because it penalizes time-share property owners, who are overwhelmingly nonterritory residents. The differential treatment implicates the U.S. Constitution’s commerce clause, he said.

But that claim only makes sense if the property owners are able to differentiate their treatment with that of similarly situated local residents, which they have failed to do, Eaton said.

“There’s no evidence in the record to tell us whether people who own condos that rent them in the Virgin Islands are mostly residents or are mostly nonresidents,” Eaton said.

Counsel for the Virgin Islands could not immediately be reached for comment.

The cases are Great Bay Condominium Owners Association et al v. Government of the Virgin Island et al., case numbers 20-1964 and 20-1965, in the U.S. Court of Appeals for the Third Circuit.

Meanwhile, this story got a strong reaction on social media today.

“Wth, them senators and governors are some set of lazy disgraceful set of non-thinking people, why would u take people on there own timeshare the vi is not the states, they are sicken,” said Chantell Daniel. “All they doing is finding ways to dig in our pocket for more money, why dont they bring in companies and tax them, but they will bring them in and dont tax them but tax the people in there tard @ $ $ . They so backward. Words can not Express how shameful and ridiculous this is . All of them need to be removed and a lot of laws need yo change.”

By Joshua Rosenberg and Editing by Vincent Sherry at LAW 360