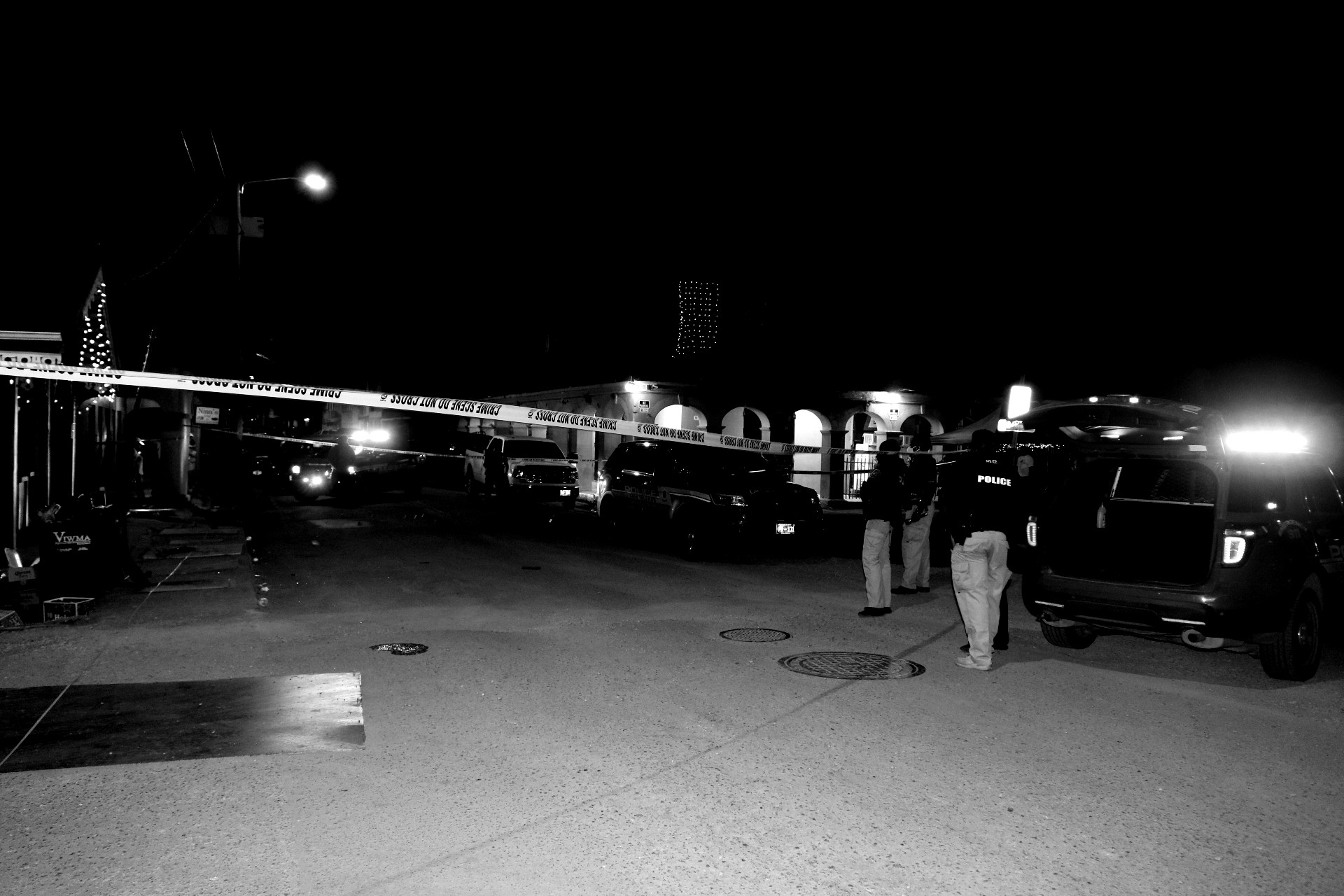 FREDERIKSTED — A spike in violent crime has Crucians rolling up the sidewalks early as the killings that began Friday continued on Tuesday, claiming the lives of two more St. Croix men.

Hours later, a second man would die in the St. Croix Mutual Homes housing project, according to Derima. As of 8 a.m. today, police had not released any details about the killing.

Since Friday, seven individuals have been slain on St. Croix, at least six of them victims of gun violence. In addition to Benjamin, those killed included Kevin Jerome, 30; Elsi Ruiz, 66; Dujuan Tyson, 23; Johnny Martinez, 49; and David Clouden, 47. They were killed between 9:30 a.m. Friday and 12:21 a.m. Sunday, according to Derima.

At least five of the homicide victims are men and one is a woman. An additional eight individuals were wounded in shootings on St. Croix over the weekend.

Five of the victims were killed in Frederiksted; one was murdered near Kingshill at mid-island St. Croix.

Police have yet to announce any arrests, nor reported recovering any firearms in the shootings from the crime scenes.

Despite rumors in the community, Luis Hospital has said it has not been overwhelmed by the violence.

“I think having received a total of nine patients at one given time clearly would have been challenging, but we were able to manage and safely discharge those that we could have, and provide all the necessary clinical interventions that were needed,” Luis Hospital Interim CEO Dyma Williams said Sunday. On Monday, Gov. Albert Bryan Jr. reiterated a plea for the community to step forward and help investigators.

Until Friday morning, the territory had recorded only two homicides in 2021 — Lessroy Gumbs, who was shot and killed on New Year’s Day on St. John, and Michael Anthony Cruz, who was killed on Jan. 12 on St. Croix.

Anyone with information is urged to contact Crime Stoppers USVI at 1-800-222-8477. Tips can also be submitted at www.crimestoppersvi.org, via the P3 Tips app, or by contacting the VIPD’s Criminal Investigation Bureau at 340-778-2211 or 911.