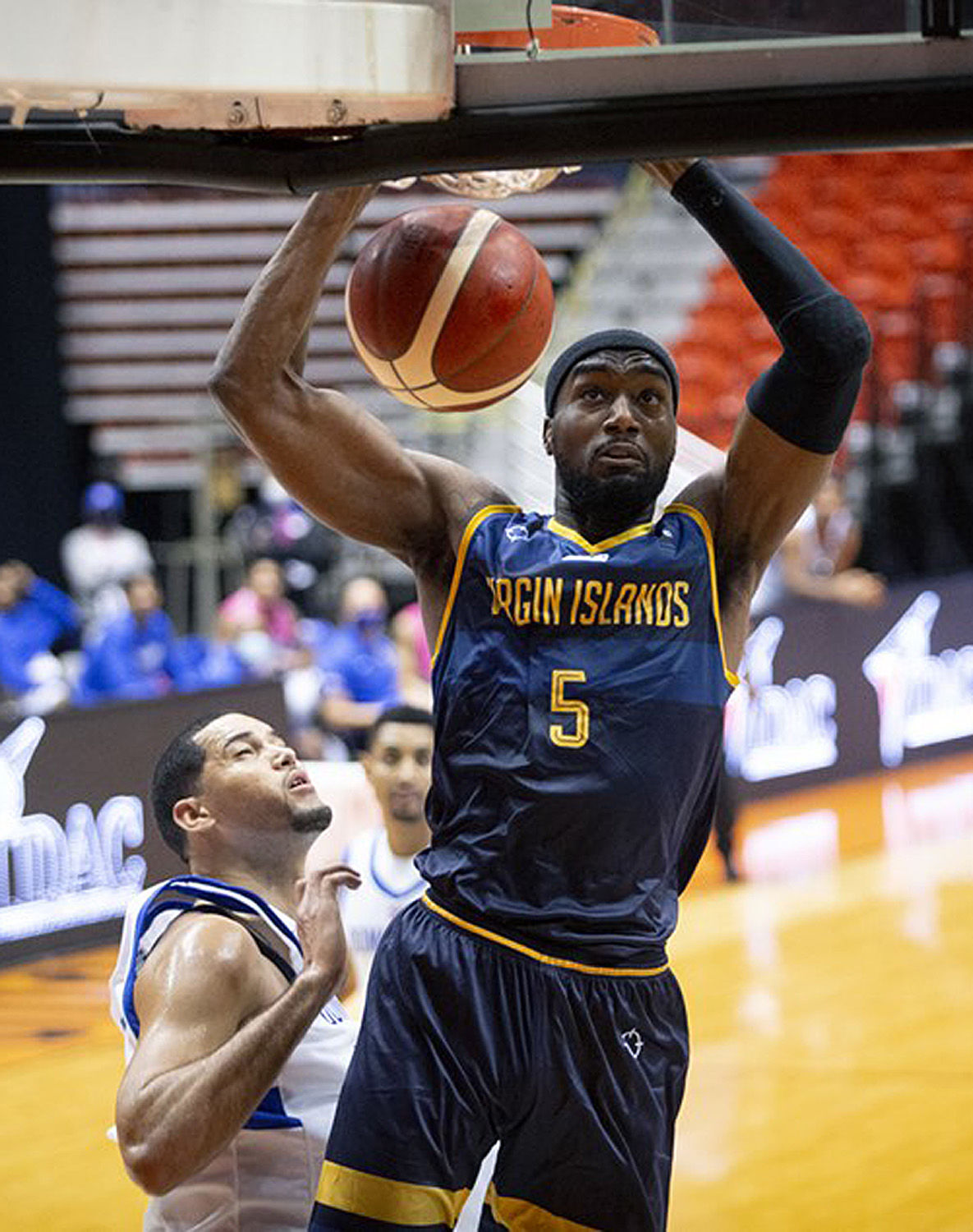 SAN JUAN — Woody Allen once famously said that 80 percent of success in life is just showing up.

And the U.S. Virgin Islands men’s basketball team is living proof that that adage still holds true — after parlaying a 1-5 record into a FIBA championship berth.

Three straight losses in last month’s final window of the FIBA AmeriCup 2022 Qualifiers left the U.S. Virgin Islands’ senior men’s national team with a slim margin of hope that it could move on to the next round.

But as luck would have it, the USVI National Team came out smelling like a rose. The team earned a berth in the FIBA AmeriCup 2022 tournament after a controversial ruling from the sport’s international governing body.

The U.S. Virgin Islands qualified for next year’s tournament — scheduled for September 2-11, 2022, at a still-to-be-determined location — after FIBA officials announced March 4 that Cuba’s national team had forfeited its three scheduled games from the February group-play window.

“This is like a victory for us,” said USVI National Team head coach Donald Bough, who is also the St. Croix vice president of the Virgin Islands Basketball Federation. “We were worried about that, but now that we know we can focus on what we need to do to get our team ready for the AmeriCup.”

Cuba was scheduled to play Canada twice (on February 18 and February 21) and the Dominican Republic on February 20 in San Juan in the final round of group-play games. However, five days before the games, the Cuban Basketball Federation announced that it was withdrawing its team due to the current COVID-19 pandemic in the country, which has had more than 56,000 cases and 350 deaths on an island of 11.3 million people.

The forfeits left both the USVI and Cuba with identical 1-5 records in Group C, behind the Dominican Republic and Canada, which tied at the top of the standings with 5-1 records. But the forfeits also stripped Cuba of game points accrued from group play, which gave two points for a win and one point for a loss.

Only the top three teams in each of the AmeriCup Qualifiers’ four groups advance to the main event — in Group C’s case, the Dominican Republic, Canada and the U.S. Virgin Islands.

Butthe situation with Cuba was very similar to Canada’s situation in the second window of qualifying games, which took place last November in the Dominican Republic.

Canada Basketball withdrew its team less than a week before the opening game, like Cuba citing the COVID-19 pandemic. That led to FIBA fining the organization 160,000 Swiss francs (nearly $180,000 U.S. dollars) and docking the team a game point. But half of the fine and the game point were deferred pending Canada’s participation in the February window’s games.

“I knew when [FIBA] announced that decision, it would open a Pandora’s Box,” Bough said.

What may have swung FIBA officials in Switzerland in deciding the way it did this time was the USVI’s performance in February’s games.

While the U.S. Virgin Islands — 53rd in the latest FIBA men’s world rankings — lost all three games, all three were high-scoring affairs that came down to the final minute.

“We got lots of compliments over the way we played that week,” Bough said. “We very easily could have won all three games, and be the top seed going out of the group.”

This will be the fourth time the USVI National Team has qualified for the AmeriCup tournament, with appearances in 2007 and 2009 when it was called the FIBA Americas Championship, and 2017.

“We’ve already started reaching out to some of the territory’s top players,” Bough said. “We’ve got the time to get ready, for guys to put the date on their calendars so that we have the best team we can.”