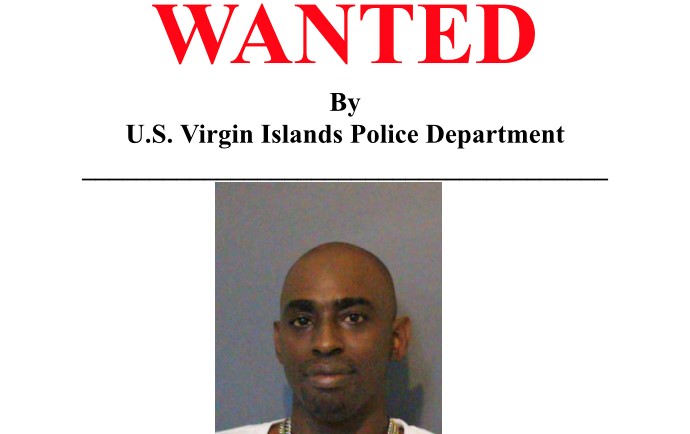 Leopold “Stretch” Chinnery, Jr., 40, of Estate Adrian, is wanted by the VIPD’s Criminal Investigation Bureau for an aggravated rape that occurred on St. John., the Virgin Islands Police Department said.

Chinnery is described by police as being a Black male who stands 6-feet, 5-inches tall and weighs about 195 pounds.

Police advised that if you spot Chinnery to “please advise him to turn himself in, or call police if you know where he is,” according to the VIPD.

Chinnery is known to frequent the Cruz Bay area of St. John. Police also said you may try to detain the wanted man and call 911 or Sergeant Dwight Griffith of the Criminal Investigation Bureau at (340) 774-2211 ext. 5640.

Chinnery said on Facebook that he used to work at the Westin St. John Resort & Villas.

He also said on social media that he attended Ivanna Eudora Kean High School and lives part of the year in Orlando, Florida.

The news that Chinnery was wanted on rape charges in St. John was posted by the VIPD to Twitter at 6:29 p.m. today.