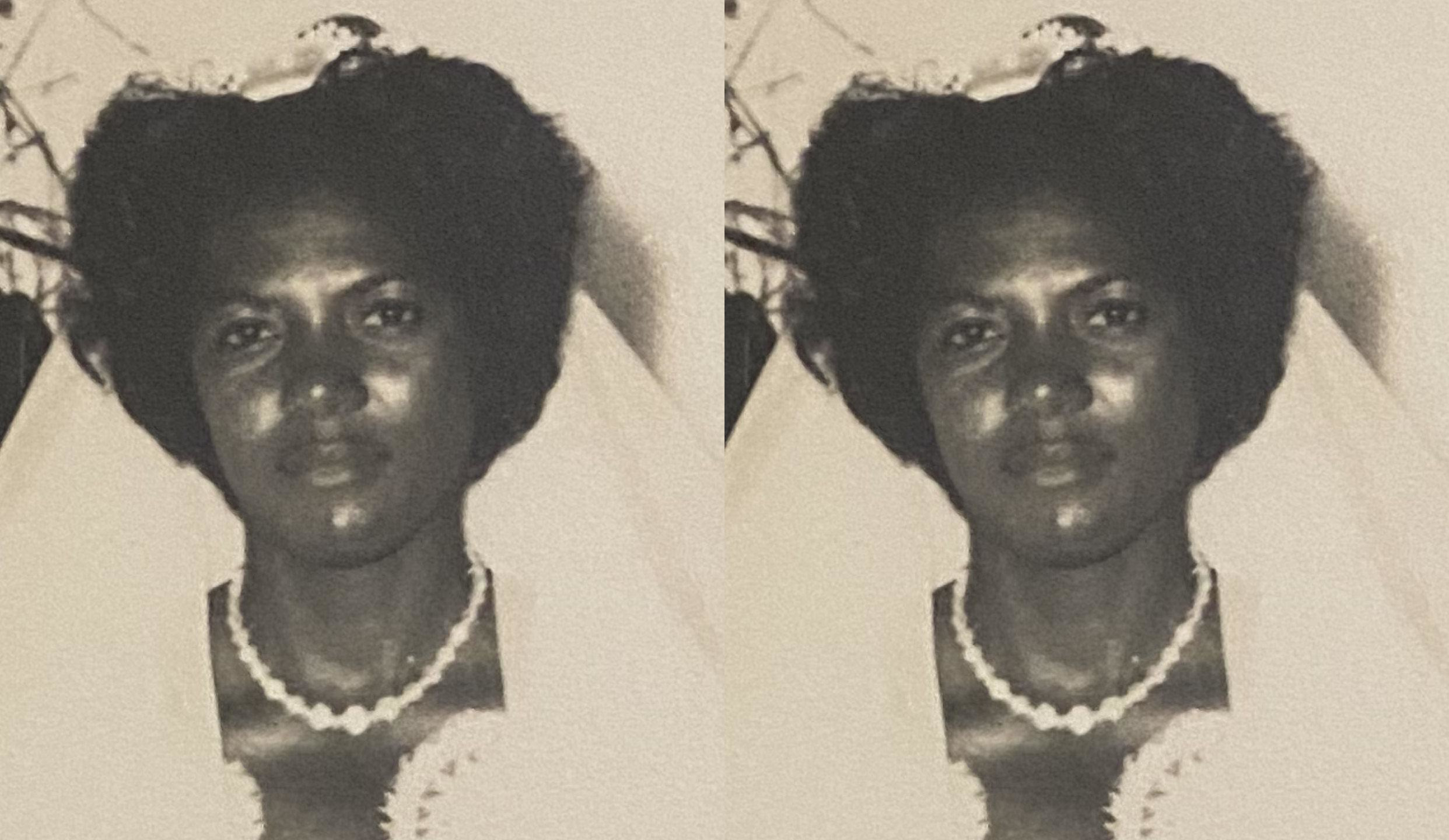 Melonita is one of four children born to the union of Edwardo Newton and Mariel Newton. Her father was a master builder of many buildings in St. Thomas, Virgin Islands. Her mother was the first female police officer in the U.S. Virgin Islands; Zone C command police station is named in her honor. Melonita and her siblings Ina, Eldra, and Noubert were raised in a Christian home filled with love.

Being born in New York was a result of Mariel C. Newton visiting her own mother when Melonita, also known as “Melo,” was born. She was raised in St. Thomas and is a graduate of Ss. Peter and Paul School.

She continued her education at St. Mary’s Hospital for Children in Bayside, New York, where she graduated as a nurse in 1957. Melonita was a member of the hospital staff until she returned to St. Thomas in 1961.

As devout Roman Catholic who attended Mass regularly to seek a closer walk with the Lord, Melonita had plans to enter a convent to become a cloistered nun. But fate intervened and she met her future husband, Jon Braxton Strain of Harrisburg, Pennsylvania. Jon B. Strain Sr. was a graduate of Cheyney State College and had been recruited to teach high school in St. Thomas. After a brief courtship, the two were married in 1963 in a beautiful wedding ceremony at Ss. Peter and Paul Cathedral in Charlotte Amalie. They had three children — Sibyl, Jon (Jr.), and Saul.

Melonita was a loving and supportive wife and mother and devoted to serving the Lord. She accepted Jesus as her personal Lord and Savior in 1970 after listening to Christian radio station WIVV in Puerto Rico and heard a preacher present the Gospel message about being born again.

If anyone did not know about Jesus before they met her, they certainly did afterward. She was never shy about sharing the message of the Gospel or sharing her own testimony, especially to members of her family. At the 2004 Territorial Women’s Summit Honorary Breakfast Banquet, where Melonita was honored, she told attendees, “I was the first in my very religious family to be saved. The family could not understand what “born again” was. “Praise the Lord, in 1970 my husband, my parents and many others accepted Jesus Christ.”

In 1984, Melonita accepted the call of leadership in ministry and became a licensed pastor at the Christian Assembly of St. Thomas and, as she later told attendees at the 2004 banquet, “I continued to be hungry and thirsty for the Word of God.” She then took courses at Kingsway Bible College and graduated in 1993 as the first female minister or pastor to earn a Doctor of Divinity degree in the U.S. Virgin Islands. Christian Assembly became affiliated with the Apostolic Faith Mission and Melonita became pastor of the mission located in Savan.

Melonita and her husband Jon were remarkable examples for their children of how they should conduct themselves and how to live life. They praised their childrens’ accomplishments and encouraged them to put every effort into studying, working diligently, and aiming high in life.

On Thursday, March 11, 2021, only 29 days after her husband Jon went to sleep in Christ, Melonita peacefully transitioned into sleep in Christ in Montgomery County, Pa. In addition to her husband, she was preceded in death by her parents; a daughter, Sybil; and a brother, Noubert C. Newton.

Melonita leaves to survive her and to celebrate her life two sons, Jon Jr., and Saul (Farrah), all of St. Thomas; two sisters, Ina Coram and Eldra Douglas and a host of grandchildren, nieces and nephews, and cousins.

For God so loved the world that he gave his only begotten Son, that whosoever believeth in him should not perish but have everlasting life.

A private service and burial have been held. Funeral arrangements were under the care of Dan Hurley Home for Funerals and Cremation Center of St. Thomas, St. John, and St. Croix.

Family and friends may offer their support by sharing a special memory or message by going to www.hurleydavisfuneralhome.com