FREDERIKSTED — There was a time when visitors to the St. Croix airport were greeted with a warm smile, a Cruzan Rum punch and a map of the island.

But one traveler arriving to Henry E. Rohlsen Airport from Florida was given the COVID-19 “treatment” upon landing — he was arrested.

On the heels of an announcement by the Virgin Islands Department of Justice, warning residents against uploading falsified COVID-19 test results to the Department of Tourism’s travel portal, law enforcement officers of the COVID-19 Enforcement Task Force, assisted by Virgin Islands Port Authority police officers, arrested 54-year-old Clifford H. Mattson of Annaly Estate on April 3 at approximately 1:50 p.m., charging him with making fraudulent claims upon the government and sending or delivering false messages, the Virgin Islands Police Department said.

“Evidence was found that Mattson uploaded falsified negative COVID-19 test results to the travel portal so he and his wife could board a flight from Miami to St. Croix,” VIPD spokesman Toby Derima said. “Mattson and his wife were intercepted at the Henry E. Rohlsen Airport, where they were taken into custody. Mattson stated to officers that his wife did not know that he falsified the documents, and she was not charged. “

Bail for Mattson was set at $5,500, which he posted. He was released, pending his Advice of Rights hearing.

“Employees from multiple government agencies worked on this investigation. Law enforcement officers will arrest individuals who violate the law by presenting fictitious and fake COVID-19 test results. The message is clear that travelers must get tested before entering our Territory,” Police Commissioner Velinor said.

“Upon the finding of probable cause by the V.I. Superior Court, the Office of the Attorney General will file the appropriate criminal charges.” 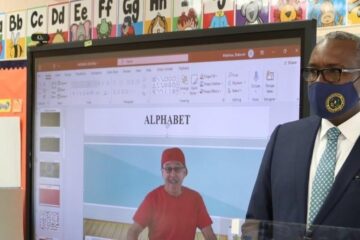 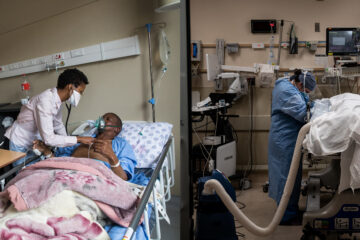