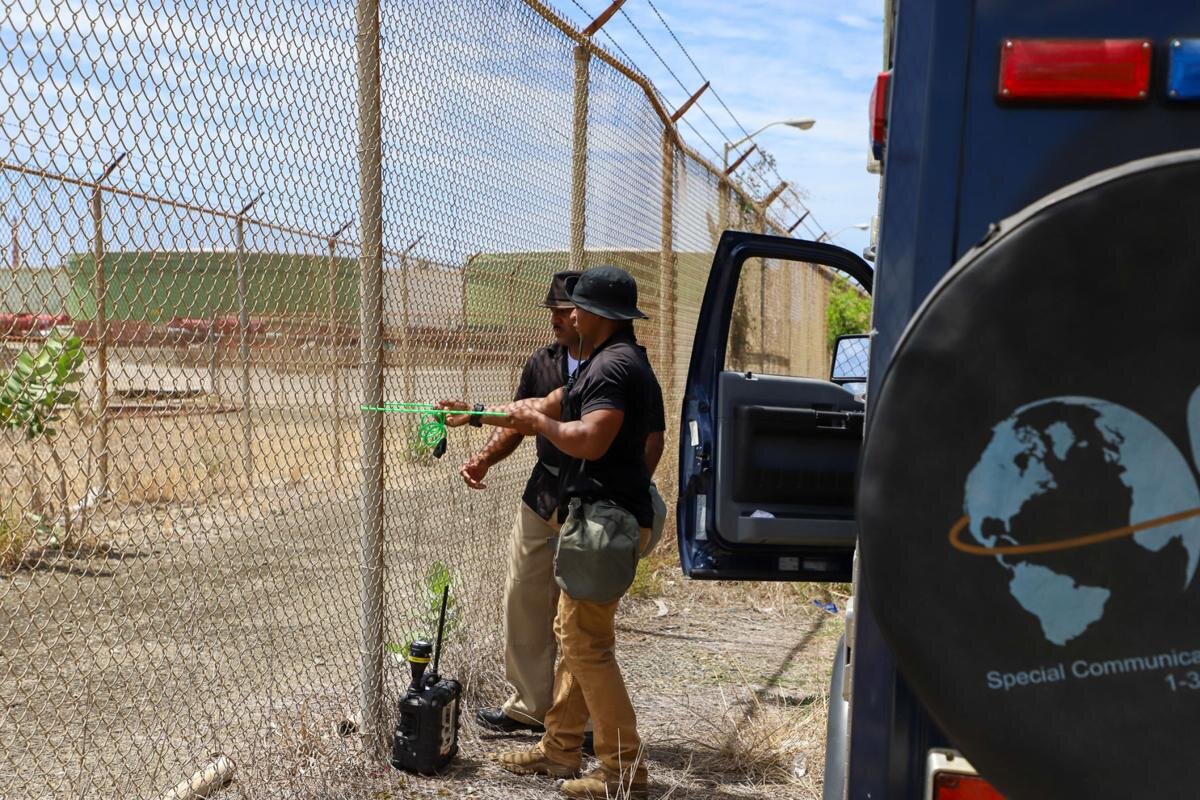 CHRISTIANSTED — The Virgin Islands government has so far failed to identify the cause of a persistent chemical stench on St. Croix, and the Environmental Protection Agency said Monday that federal investigators have not yet begun air quality testing.

“Recent air emission incidents at and near Limetree Bay are unacceptable,” EPA spokesman Elias Rodriguez said in a prepared statement. “EPA is working to lend relief and assistance to this community, which in recent months has experienced incidents that have been unsettling and have even made some people sick. Working with the USVI government, EPA is committed to ensuring that the facility operates in compliance with the law without jeopardizing people’s health and the environment.”

The EPA intends to begin air-quality monitoring on St., Croix in the coming days, as efforts “over the weekend and last week” were conducted solely by the Virgin Islands government and the refinery, Rodriguez said.

Government House and Limetree Bay refinery officials gave conflicting reports over the weekend after days of complaints by residents about the noxious smells.

The V.I. National Guard’s Civil Support Team, or CST, in conjunction with the V.I. Fire Service’s HAZMAT unit “spent more than four and a half hours on Sunday conducting an extensive investigation within the refinery, including air quality readings and chemical tests. Sunday’s investigations, however, did not find any elevated levels of sulfur dioxide within the refinery,” said Government House Communications Director Richard Motta Jr. in a statement Sunday night.

“On Sunday, scheduled testing inside the refinery did not show any elevated readings. Both the CST and the Fire Service’s Hazmat team will continue monitoring and will mobilize and conduct hotspot checks in the community based on complaints,” Oriol said. “In addition, additional monitoring resources provided by the U.S. EPA, which have been mobilized throughout the weekend into today, will also be deployed.”

Later in the briefing, Oriol clarified that “DPNR doesn’t have any monitors of its own… However, when there is an odor complaint, or an investigation, what DPNR does is request the raw data from any of the facilities that they have permits with. So, within the submission of the data, what we’re looking for is any anomalies within a three-hour average.”

The data is fed into a database used by the EPA for its clean air programs — including one dedicated to the Virgin Islands.

“We request the raw data, what’s the emissions for those three-hour cycles, because that’s how it has to be reported into the database for the U.S. EPA,” Oriol said.

Oriol added that “since the department has requested additional support, we’ve been provided air monitoring equipment from the [Civil Support Team] as well as the U.S. EPA. All of those assets have been deployed as well as the V.I. Fire Service’s Hazmat Team, and the department is also working on having the permanent monitors installed in the locations that they were previously installed in under operation of Hovensa.”

Oriol said there has been “no third-party independent” monitoring of the refinery’s emissions since the facility restarted operations in February.

Rodriguez said Monday that the EPA is still preparing to begin air-quality monitoring for sulfur dioxide (SO2) and hydrogen sulfide (H2S) at five fixed stations near the Limetree Bay facility.

“EPA experts will also have handheld equipment that is capable of monitoring SO2 and H2S,” according to Rodriguez.

The EPA will report its findings to the V.I. Health Department and the federal Agency for Toxic Substances and Disease Registry “for interpretation of any potential health impacts and distribution of that information to the public,” Rodriguez said.

“This information will help inform EPA’s work as it assesses operations at this facility and determine the appropriate next steps to protect public health and the environment,” Rodriguez added.

The EPA has created a website specifically for information related to the investigation into Clean Air Act violations at Limetree Bay: epa.gov/vi/limetree-bay-terminals-and-limetree-bay-refining-llc