SAN JUAN — For 19-year-old Aliyah Boston, winning gold wearing USA across her chest isn’t a new concept. She plays for coach Dawn Staley year-round at the University of South Carolina and knows what it takes to be a champion, winning gold for USA at the FIBA U19 World Cup 2019, FIBA U17 World Cup 2018, and the FIBA Americas U16 Championship 2017.

She has been a key member for USA during the FIBA Women’s AmeriCup 2021, in the starting lineup for most games Boston has scored 40 points over the course of three games, grabbed 23 rebounds, and shot a perfect 100% from the free throw line.

“At some point, I want to be on the Olympic team, so to be able to play against this type of high level competition I was just really excited,” said Aliyah Boston after team USA’s close victory over Puerto Rico.

Her biggest competition going into her matchup against Virgin Islands isn’t trying to score against Imani Tate or battle for the boards against Anisha George – it’s playing against her older sister, Alexis Boston.

22-year-old Alexis, born in St. Thomas as was Aliyah, qualifies to play for the Virgin Islands national team from her birthplace, her and Aliyah reside with their aunt in Worcester, Massachusetts. Though her younger sister is making waves as one of the brightest young stars in women’s basketball, it was Alexis’ guidance and support that helped Aliyah get to where she is today.

Alexis is currently a team manager at South Carolina, working with both Staley and her younger sister and was a quintessential part in the team reaching the Final Four of the NCAA Women’s tournament in the spring. Alexis herself played basketball in junior college for Owens Community College and Labette Community College.

Neither team was present in both of the last two AmeriCups, with USA not present in 2017 and Virgin Islands not competing in 2019, the story of the Boston sisters alone make the game a matchup to watch despite USA being the favorites to win the whole tournament.

Alexis will claim that she is the better 3-point shooter in the family, something Aliyah has improved on in her playing career, but has yet to attempt the shot at this year’s AmeriCup. Instead, Aliyah is one of the most efficient field goal scorers in the competition, shooting over 54 percent over the course of USA’s three games in the group phase.

While Virgin Islands dynamic duo of Imani Tate and Anisha George have been performing up to standard, players like Natalie Day and Lanese Bough have also made their impact and shown that it will take more than double teaming George to stop Virgin Islands, who are coming off their best game of the tournament against El Salvador, winning by a convincing 41 points in their final game of the group phase. Alexis has come off the bench for Virgin Islands throughout the tournament, but Virgin Islands have needed their top scorers on deck at all times in games where they were the clear underdog to advance to the quarterfinals.

Of course, for the opponent, USA is one of the deepest teams in the tournament, whether it be Aliyah and Rhyne Howard in the paint, Destanni Henderson from the 3-point line, the secondary of Sedona Prince and Elissa Cunane, or stopping Naz Hillmon-Baker on from anywhere on the floor, USA’s young roster has proven why regardless of who makes their roster their talents are world class.

“They’re a very good team, the number one seed on the other side, they’re big, they’re strong, they’re fast – we have to go into the game just focusing on us,” said Virgin Islands head coach Tajama Ngongba post-game after Virgin Islands defeated El Salvador.

“Whether that means possession, making sure we’re looking for the best shots… being that grit 50/50 team that steps on the floor and do all the little things. We know it’s a big test and we felt that we’ve had a lot of big tests in this tournament, so we just need to focus on what VI needs to do in that game.”

Though Virgin Islands has a lot riding on the game, as it is a win or go home situation, for Alexis, the win would mean more than just a win for the Virgin Islands program over a dominant USA team, but also a win over her little sister.

Do You Remember How Much You Made At Your First Job? Social Security Can Tell You 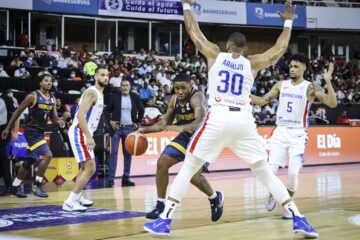 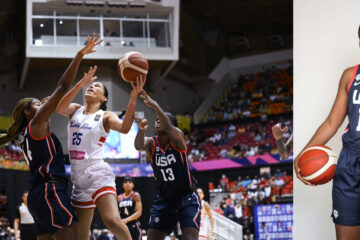 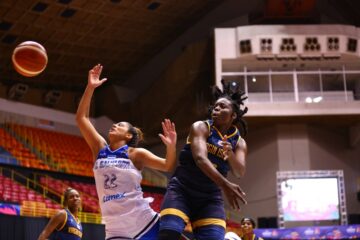 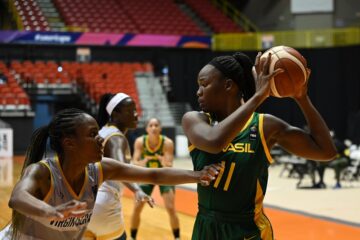