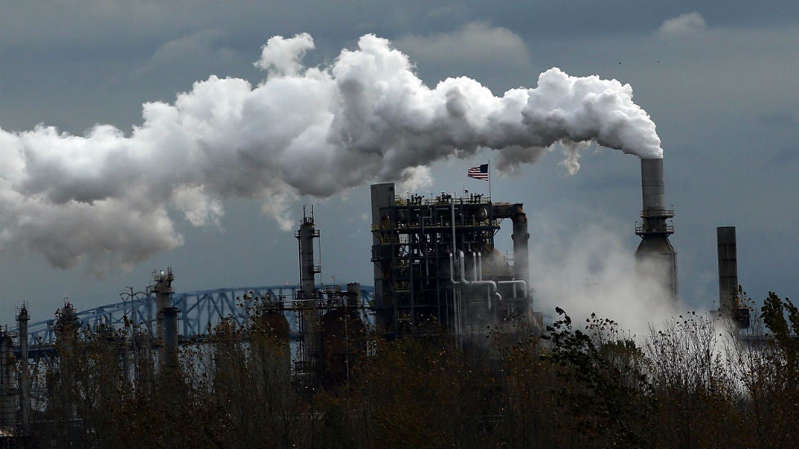 CHRISTIANSTED — Limetree Bay oil refinery on St. Croix announced today that it will remain shut down “indefinitely” after the U.S. Environmental Protection Agency ordered it to halt operations in May.

In a statement today, Limetree Bay Energy said it has failed to find the necessary capital to restart the Limetree Bay Refinery since May 12, when the EPA ordered the initial 60-day shutdown.

“This was an extremely difficult decision for us, and we are truly saddened to announce suspension of our restart plans for the refinery,” said Jeff Rinker, Limetree Bay’s CEO. “Our personnel have demonstrated tremendous commitment and dedication in restarting the refinery, and we continue to be proud of their hard work. Unfortunately, this is our only option, given the extreme financial constraints facing the company.”

The refinery, located in Estate Hope on the south shore, had been inactive for years and resumed operations in February.

A recent report in Reuters said that Limetree Bay had lost 25 percent of its value in the fiscal year that ended March 31 and that its stock is now virtually “worthless.”

Meanwhile, the predominant opinion on social media was that this is the beginning of the end of the troubled Limetree Bay oil refinery on St. Croix.

“Limetree owners running for de door,” Attorney Mark Wenner said from St. Thomas. “They have no money to comply with EPA mandates and even so do not want to reopen because they are facing four class action environmental justice lawsuits. Expect bankruptcy and dissolution next. financiers are going to unplug the plug. Not looking good. V.I. goes from one crisis to the other.”

The EPA ordered Limetree Bay to close its doors after residents near mid-island reported it had sprayed oil vapor into residential areas. Before its first shutdown in 2012, it was frequently the subject of EPA fines and reports of spills.

“This already overburdened community has suffered through at least four recent incidents that have occurred at the facility, and each had an immediate and significant health impact on people and their property,” EPA administrator Michael Regan said in May. “EPA will not hesitate to use its authority to enforce the law and protect people from dangerous pollution where they work, live, and play.”

Despite the environmental damage, the refinery also created hundreds of jobs here, after suffering a steep drop-off in tourism revenues during the COVID-19 pandemic.

“EPA is and has been focused on the health and safety of the St. Croix community,” Walter Mugdan, acting administrator the EPA Region 2, where the refinery is, said in a statement released today.

“The V.I. Department of Labor deploys Rapid Response teams to support the unemployment registration process and oversee that the transition for employees and employers affected. Rapid Response includes on-site services and activities provided by the state or designated entity to respond as quickly as possible following an announcement of permanent closure, mass layoff, or natural or other disasters which result in mass job loss,” Molloy said. “Through Rapid Response, the state or designated entity delivers services to enable dislocated workers to transition to new employment as quickly as possible. The purpose of Rapid Response is to promote economic recovery and vitality by developing an ongoing, comprehensive approach to identifying, planning for, or responding to layoffs and dislocations, and preventing or minimizing their impacts on workers, businesses, and communities.”

People and entities who were laid off do not have to file for unemployment at the department, according to VIDOL.

Any workers affected by the loss of employment can access the claimant portal by visiting https://myuiclaim.vi.gov to apply for unemployment insurance benefits and maintain benefits once qualified.

The online portal provides access to direct deposit, online reporting for weekly certification, and work search required by law. Clients can submit certifications, submit work search information, view benefit year balances, and register for direct deposit to get direct payments to personal accounts of a member of the Federally Deposit Insurance Corporation (FDIC). Claimants and individuals can still visit the vidol.gov website and click on the ‘Apply for U.I.’ button which will route them to the MyUIClaim portal.