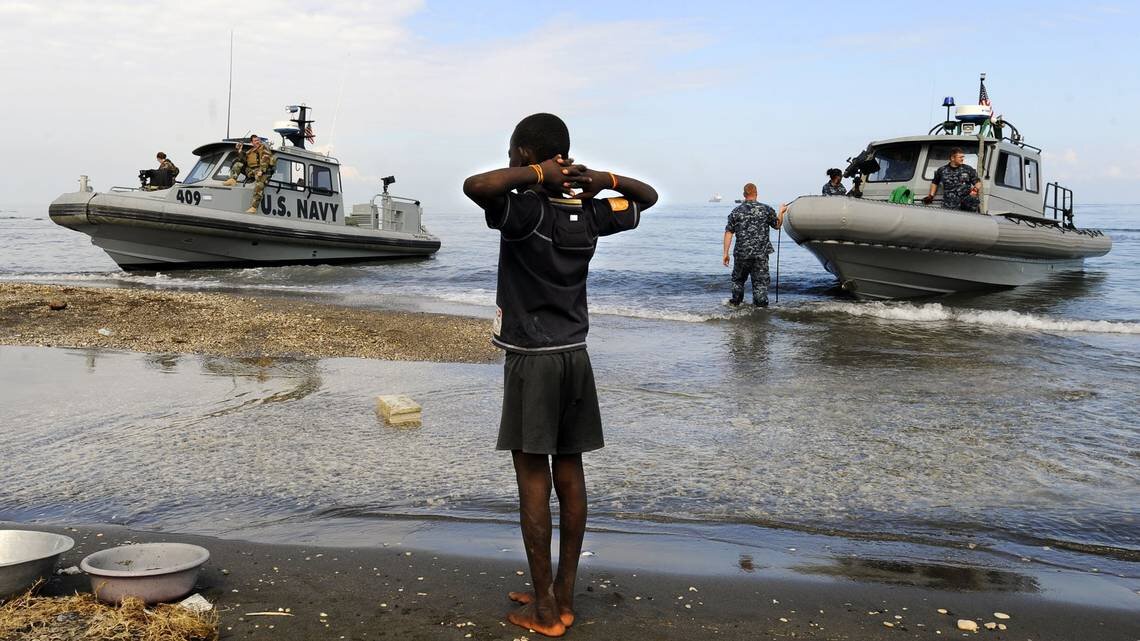 The 49 Haitians apprehended by both federal agencies so far this year surpass the 25 reported in Puerto Rico in 2020 and the seven in 2019.

Hatians intercepted at sea are taken back to where their boat departed, and those who make it Puerto Rico are turned over to the U.S Immigration and Customs Enforcement Service (ICE) to be deported.

Haitian Catholic priest Olin Pierre, who gives food and shelter to his fellow citizens in Puerto Rico, said he has noted an increase in Haitians arriving this year.

Haitians have settled in Puerto Rico’s capital, San Juan, the priest said. Dominicans, an immigrant community that is well-established on the island, often assist Haitians as they arrive.

But because of language barriers, it is unusual to see Haitians making their homes on the island, noted Pierre. Most of them continue their trips to the United States or Canada, where there’s a bigger Haitian population. As of 2019, 256 Haiti-born people were living in Puerto Rico, based on the most recent Puerto Rico Community Survey Census.

During the current political unrest in Haiti, gangs and armed groups have outgunned security forces and are fighting for territory, said Colette Lespinasse, a refugee and human-rights advocate based in Haiti. Hunger and malnutrition have increased in Haiti as President Jovenel Moïse has been accused of embezzling funds, dismantling the parliament, and exceeding his term limit.

In reaction to Moïse’s refusal to step down despite the mandate of Haiti’s constitution, Lespinasse said, protests paralyzed the country as protesters have demanded a new election. In the past two months, Haitian migration has picked up. On June 6th, 31 Haitians were intercepted by Puerto Rico’s Police and U.S. Border Protection in Rincón, a town where immigrants frequently arrive.

“We have a perpetual crisis that has not been solved,” Lespinasse said. “It is still very hard today.”

Haitians from the capital, Port-au-Prince, as well as from other areas are fleeing, said Haitian economist Camille Chalmers.

“The people that are going to Puerto Rico are new migrants,” Chalmers said. “Professionals and young people are fleeing harsh living conditions in upper-and middle-class slums.”

Haitians who migrate to Puerto Rico often use it as a transit point to the United States, Chalmers said.

For migrants, fleeing Haiti by boat through the Mona Passage, a 60-mile stretch between the Dominican Republic and Puerto Rico, is dangerous, Jeffrey Quiñones, Puerto Rico’s Border Protection public affairs officer, said. “Statistically, transporting people on the water is more dangerous,” Quiñones said. “The chances of dying on the trip are much higher.”

Though the Center for American Progress, an independent and nonpartisan policy institute, did not find that Temporary Protected Status designations encouraged migration to the mainland United States, Quiñones stated that it could increase Haitian migration to the island.

Immigrants think they can be covered by TPS after reaching the United States, but that is not possible, the public offer said.

The U.S. grants TPS to citizens from countries in extraordinary circumstances that can’t handle the return of their nationals from abroad. Under the Immigration and Nationality Act, grantees can’t be deported and can work temporarily in the country.

As of 2018, 41 Haitians living in Puerto Rico were protected by TPS, the largest population of TPS holders in the island, according to data released by the United States Citizenship and Immigration Services.