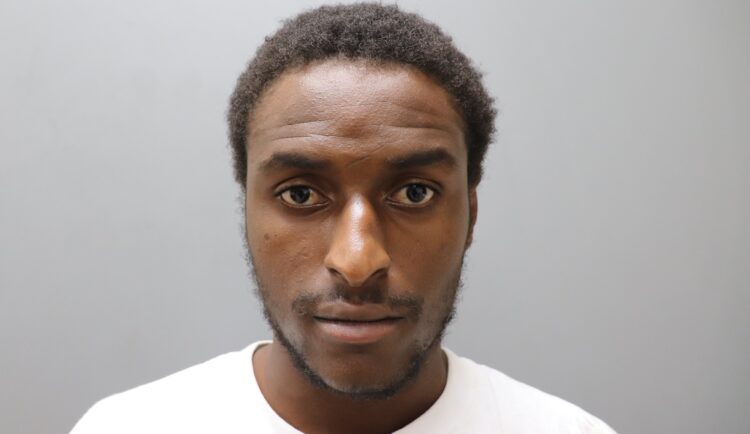 CHARLOTTE AMALIE — Two St. Thomas men are claiming to be Arawak warriors in a bid to avoid jail time, as first reported in the Daily News.

This controversy over indigenous affiliations has came to the forefront at Superior Court on St. Thomas recently, as two men say their rights are being violated because the government does not recognize their true citizenship.

One of the men, whose legal name is Everett Parker, identified himself to Magistrate Judge Henry Carr III as “No Fear Everlasting Arawak.”

The other man was charged as an anonymous John Doe after presenting officers with “an identification card of the Maipuri Arauan Nation with the name ‘Warinu Kapa,’ ” police said.

Each man refused to speak with Territorial Public Defender Paula Norkaitis, who had been assigned to represent them in court.

“Kapa” claims to be “part of a tribe that is based in New Zealand,” according to Assistant V.I. Attorney General John Barraco.

A V.I. Police officer testified that his legal name is Terrance A. Martin III, and he has pending criminal charges from a previous arrest in May 2020. The officer said police also contacted the Bureau of Motor Vehicles, which had an identification card for Martin on file .

In the 2020 case, police said Martin attempted to ditch a firearm and flee the scene of a motor vehicle crash on Veterans Drive, but was quickly apprehended and charged with possession of an illegal firearm, unauthorized possession of ammunition and interfering with an officer.

Released after posting $5,000 cash and ordered to remain on 24-hour house arrest, with his father serving as a third-party custodian, Martin was arrested again Thursday. He was driving his father’s black Jeep Wrangler, which did not have a license plate or registration sticker, police said.

After smelling marijuana, officers conducted a search, and “a silver extended magazine for a Colt .45 was discovered in the glove compartment of the vehicle rolled up in a newspaper,” according to the police affidavit.

He appeared in court on July 16, but refused to cooperate and provide his legal name, so he was held in jail for three more days until he was formally identified as Terrance Martin.

When Carr asked the clerk to place Martin under oath, he said he doesn’t pledge oaths “to any foreign government,” but promised to tell the truth.

As Barraco said prosecutors filed an motion to revoke bail in the 2020 gun case, and asked for bail in the latest case to be set at $5,000 cash, Martin questioned the court’s authority.

“For the record, I’d like to know what jurisdiction we’re operating under, please,” Martin said.

“We’re operating under the jurisdiction of the United States Virgin Islands,” Carr replied.

The exchange is typical of individuals who follow the principles of sovereign citizenship, a movement with a diverse range of adherents who typically argue that they are foreign citizens or indigenous people not bound by government rules.

The judge set Martin’s bail at $5,000 cash or property, but said that he must consent to processing, including fingerprinting, before he can be released from jail.

“I’m really not asking for that much. And should he fail to cooperate he will remain in custody until this matter has been resolved. The keys are in the defendant’s hands,” Carr said.

“It’s not my wish he be retained in jail indefinitely.”

Many Virgin Islanders who identify as descendants of the region’s indigenous people don’t necessarily claim sovereign citizenship, or seek to distance themselves from the government by taking steps like refusing to apply for identification documents or pay taxes.

But some individuals claiming forms of sovereign citizenship have been known to employ a variety of tactics to frustrate courts and slow legal proceedings. Some choose to obtain government services a la carte, such as driver’s licenses, while others reject government authority entirely.

Law enforcement and government agencies like motor vehicle bureaus have published guides for employees who encounter sovereign citizens that refuse to comply with laws or regulations, and warn of tactics like “paper terrorism,” the filing of voluminous court documents that don’t follow the typical rules of court procedure.

On June 21, Martin filed a lawsuit under the name “Warinu Kapa,” claiming he is entitled to at least $10 million in damages because the Virgin Islands government is falsely prosecuting him, according to documents filed in U.S. District Court.

Martin said he is an “enrolled citizen of the Maipuri Arauan Nation, a ‘Treaty Protectorate Nation’ of the Maori Hapu Nation of New Zealand” and his ancestry predates colonization so he “is a nonparty to the ‘Convention between the Government of the United States of America and the Government of the Kingdom of Denmark,’ ” and “is not a Resident of either the Virgin Islands or the United States.”

The 11-page lawsuit names as defendants Gov. Albert Bryan Jr., the police department and two officers involved in his May 2020 arrest.

The lawsuit claims 18 individual counts against the officers, including conspiracy to commit kidnapping, false arrest, illegal detention, and “identity theft and prosecution under apartheid conditions.”

Martin claims that Bryan is perpetuating “environmental racism” and has “violated and continues to violate the human rights of the indigenous Arawak people of the Virgin Islands territory, forcing assimilation of identity as citizens and forced jurisdiction barring the rights of indigenous people, led to and aided in the intimidation and false arrest of plaintiff.”

Like Martin, Parker said in court recently that he was not permitted to swear an oath to a foreign nation.

Parker said he is “an indigenous tribal member” of one of the seven founding nations of indigenous peoples and openly quarreled with Carr over how the court should refer to him, after identifying himself as “No-Fear-Everlasting Arawak.”

Carr asked if his name was Everett Parker.

Parker said it “depends,” on whether the charging documents spelled that name with all uppercase letters, as is common in court records.

“It’s all uppercase, right? Well, let me make the distinction clear as to who I am and who you’re looking for,” Parker said. “The all-uppercase distinction of any individual spoken of in common English parlance refers to either a person that is dead or corporate. Am I correct?”

“What is your birth date, sir?” Carr asked in reply.

Parker repeatedly attempted to steer the hearing away from his criminal charges to matters of citizenship.

He explained that he was “formerly” known as Everett Parker Jr., and had “already gone ahead and made constructive notice to the United Nations and several other entities, like the President of the United States,” that he had claimed another identity.

Carr stopped him and said he was not interested in that, and needed to proceed with the hearing.

Parker and another man were arrested after police said they got into a physical fight over a parking space at Oswald Harris Court.

The only evidence that the other man had committed a criminal assault was contained in Parker’s statement to police — which Carr said he could not rely on, given Parker’s refusal to be processed by officers, and his unwillingness to cooperate with his attorney.

Carr ordered the charges dismissed against the other man. Carr also dismissed a simple assault charge filed against Parker, but found probable cause for obstructing an officer.

Barraco said it’s unclear from the record whether Parker is a flight risk, “except for the fact that he won’t cooperate at all and he says he belongs to another nation.”

“I don’t really care what nation he belongs to,” as long as he doesn’t commit additional crimes, Carr said. “He can do whatever he wants in his private life.”

Carr said that if Parker cooperates with police processing, he can be released on his own recognizance.

Ultimately, Parker said he has a driver’s license, and will call someone who can bring that identification to the court.