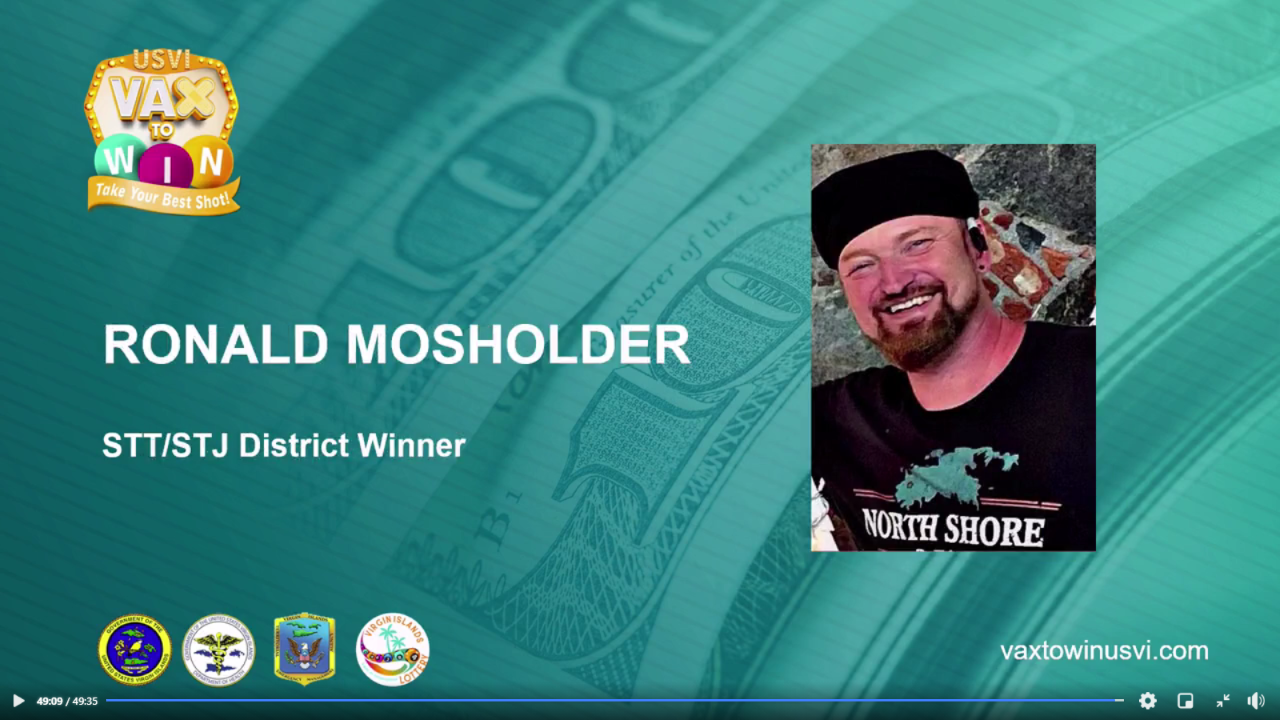 CHRISTIANSTED — The Virgin Islands government said that it would announce the winners of the “Vax To Win USVI” lottery on July 9.

Then in the weekly Government House press conference last week, the government put up a graphic on screen that said the lottery winners would be announced on “Monday July 16.”

In the St. Thomas-St. John district, Ronald Mosholder is the first person to win $100,000 in the lottery drawing and on St. Croix, Grethel Smith is the winner of the first $100,000 prize here.

Mosholder is the owner of the North Shore Deli in Cruz Bay on St. John and Smith is retired on St. Croix.

Coincidentally, the restaurateur served lunches to visiting Virgin Islands Department of Health (VIDOH) nurses when they traveled to St. John to do COVID-19 testing of local residents — staring in January, according to the Virgin Islands Daily News.

The two $100,000 prizes will be given away again on each major island for the next nine weeks, according to Government House.