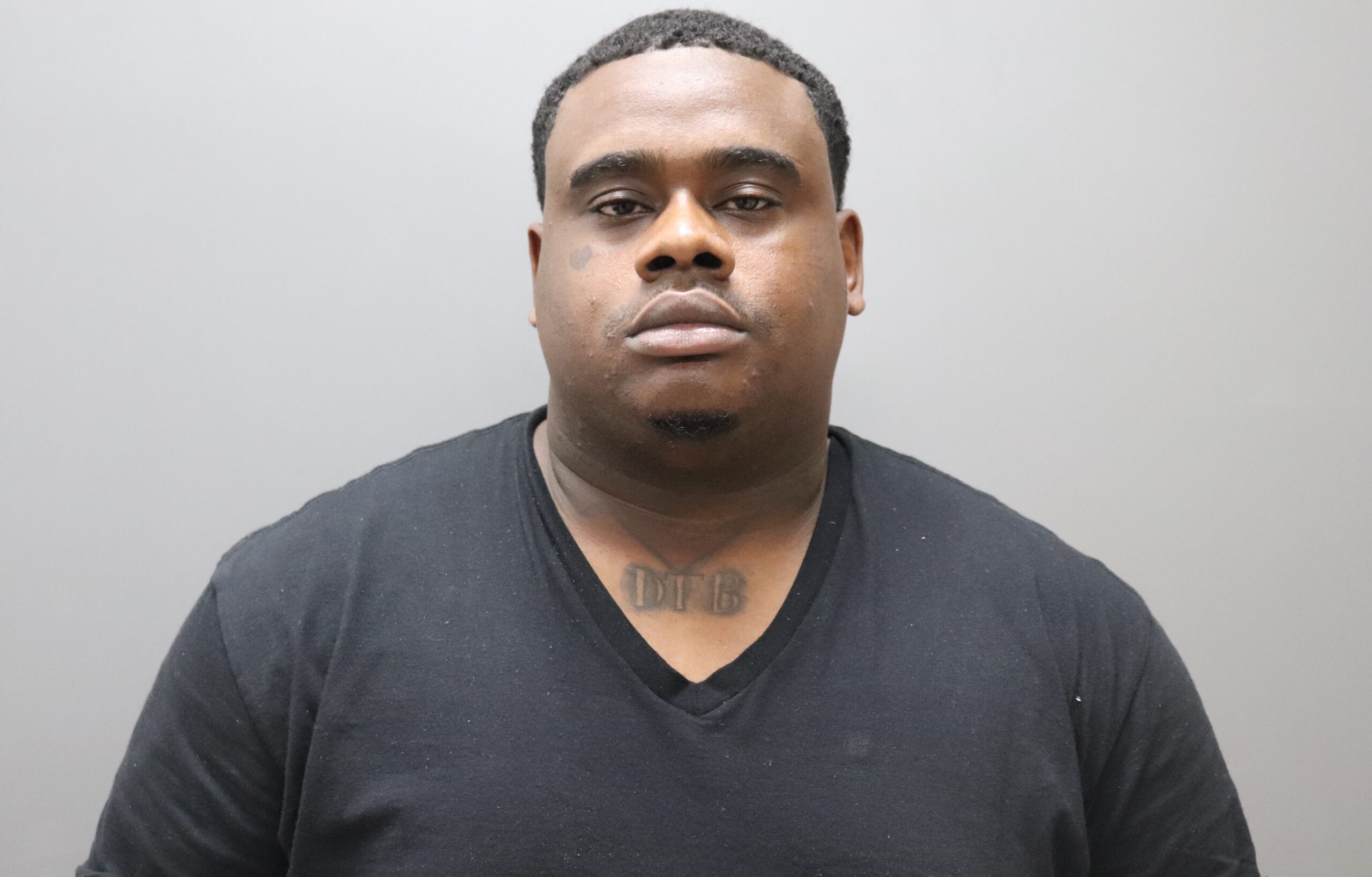 CHARLOTTE AMALIE — A male nurse with no criminal history is facing significant prison time after police say they found illegal guns in his apartment at Oswald Harris Court, as first reported in the Daily News.

E’Jaiey Grant, 24, of Charlotte Amalie, was arrested Friday and charged with possession of a machine gun, possession of ammunition, and two counts of possession of a firearm. Unable to post $50,000 bail, he was jailed until his advice-of-rights hearing Monday.

The case began at about 11:30 p.m. Thursday as a detective was searching for a vehicle involved in a carjacking in the area on July 8, according to a sworn affidavit filed by police.

The detective drove into Oswald Harris Court and “immediately tried to radio for back-up assistance, but his radio unit was malfunctioning,” court records indicate.

The detective retreated, quickly closing his vehicle’s door. As he drove out of Oswald Harris Court, the gunman “kept shooting at him and striking his vehicle,” the police affidavit said.

Central Dispatch received a call reporting the gunfire at 11:45 p.m., and officers traveled to the scene to collect and process evidence.

Police received a tip identifying the apartment that two shooters had run into, and on Friday, police contacted the Virgin Islands Housing Authority and obtained a copy of a “Notice to Quit” for the occupants, which had been served two days earlier on July 21.

With the notice, several members of the Virgin Islands Police Department, the U.S. Marshals Service and agents from the U.S. Bureau of Alcohol, Tobacco, Firearms and Explosives went to the apartment and made contact with Grant, who refused to say whether anyone else was in the home, according to court records.

Officers “conducted a protective sweep of the apartment for officer safety,” and “observed a Ziploc bag which contained one unspent cartridge in plain view on the floor of the apartment,” the police affidavit said.

Police said they also found an empty black rifle magazine with a 30- to 40-round capacity on a nightstand, and a “black pistol rifle” was found under the bed.

At 5:50 p.m. Friday, Magistrate Judge Carolyn Hermon-Percell granted a search warrant via telephone, and police took Grant and the man who was in the apartment with him into custody to be interviewed.

Grant waived his right to remain silent and gave a recorded video statement in which “he confessed to being the owner of the two recovered firearms,” according to the affidavit. The other man has not been charged with a crime.

A detective testified that a machine gun is capable of firing more than 12 times without reloading.

But Johnson argued the gun is not capable of firing multiple rounds with one pull of the trigger — which is required for a weapon to be defined as an automatic machine gun under the Virgin Islands Code.

Hermon-Percell found probable cause for all charges filed by police.

Grant has no previous criminal history and has a certified nursing assistant license and is a year away from completing his requirements to be a licensed practical nurse. A lifelong Virgin Islands resident, Grant also has his own business reselling shoes, Johnson said.

Hermon-Percell acknowledged that it was Grant’s first arrest, but said he’s facing “significant” time behind bars for the firearm charges.