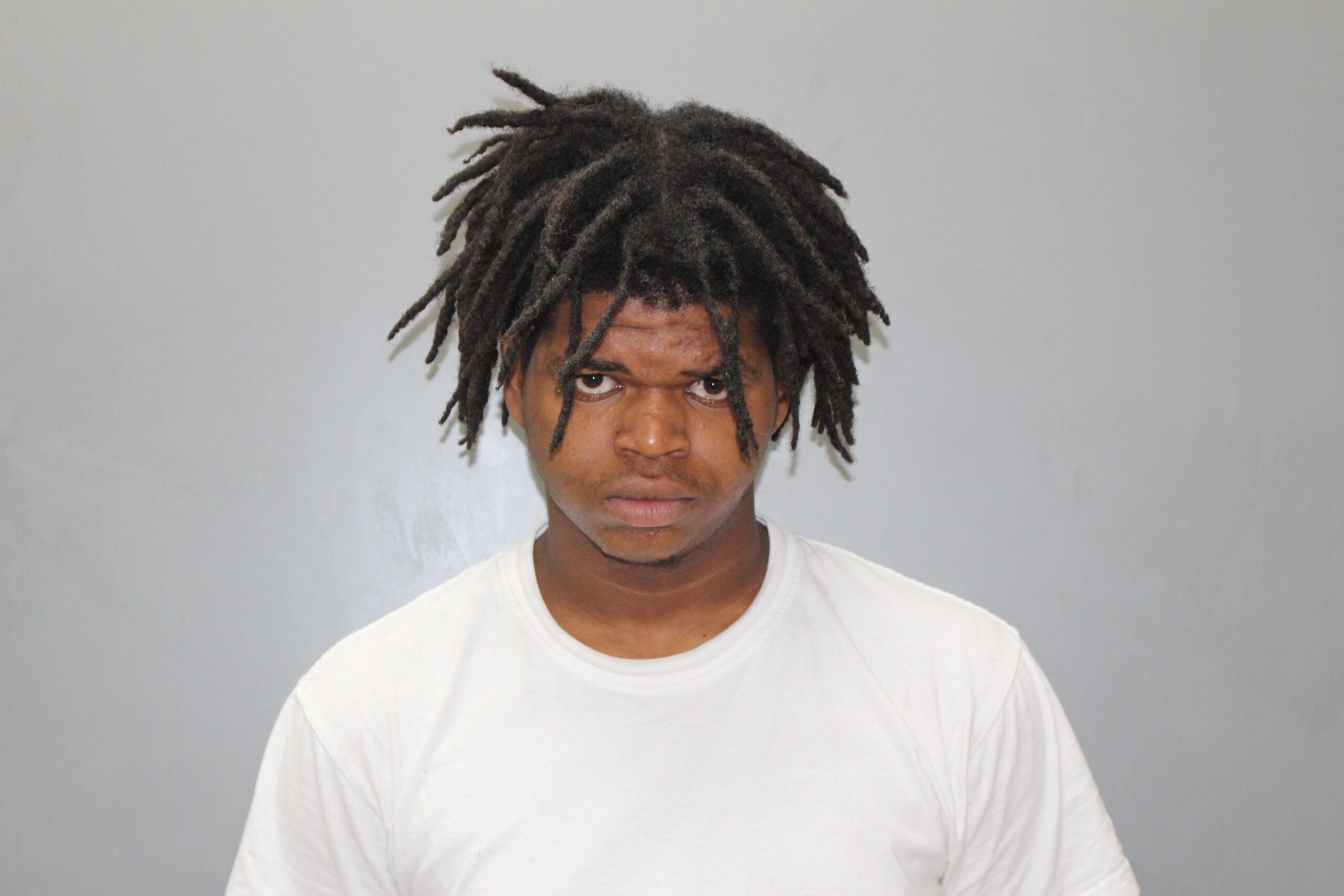 CHARLOTTE AMALIE — A fifth suspect has been in connection to a “bump-and-run” SUV carjacking that took place on Veterans Drive last month.

The “young entrepreneur” was spotted by diligent police investigators who poured over surveillance video leading to the arrest of a St. Thomas man on Friday afternoon.

Ja’Haile A. A. Clendinen, 18, of Altona & Welgunst, was arrested at 1:00 p.m. Friday and charged with unauthorized use of a vehicle, the Virgin Islands Police Department said.

“Clendinen was observed on surveillance video and recognized as the driver of a stolen vehicle from an armed robbery on July 26,” VIPD spokesman Toby Derima said. “Clendinen admitted to operating the stolen vehicle, and was subsequently arrested.”

Investigators followed up on a stolen white Jeep Wrangler that had been recovered after the suspects led police on a chase through Charlotte Amalie, court records indicate. The driver had been captured on surveillance video, so police went to Clendinen’s mother’s home and positively identified him as the driver.

In an interview with investigators, Clendinen admitted that “Yes, I was driving the vehicle and I had no clue that the vehicle was stolen. Also I did not know that the police was chasing me,” according to a sworn police affidavit.

The investigation began at 12:29 a.m. Monday, when officers responded to a robbery in progress on Veterans Drive in the vicinity of the Vendor’s Plaza. The victims reported that after coming to a stop at the traffic light, someone rear-ended their white 2018 Jeep Wrangler. When the victims exited their vehicle to inspect the damage, they were approached by an armed male dressed in all black. The armed male and other suspects then fled the area in the victims’ vehicle, according to police.

At 3:20 a.m. Wednesday, officers on routine patrol observed the stolen 2018 Jeep Wrangler with three male occupants at Gottlieb Gas Station, and the suspects then fled the area in an attempt to evade officers. The vehicle was later located in Mahogany Estate after police received a tip from a citizen regarding the vehicle’s location.

Officers searched the area and saw the three men leaving the area in a green sedan, and conducted a traffic stop. Police said the three men were in the sedan along with a young woman, who was acting as a getaway driver.

Inside the sedan, officers discovered a firearm with an extended magazine, and police charged all four occupants — Raekoi J. Evans, 21; Evonte A. Rey, 18; Kevon V. Barclette, 20; and T’Keyjah G. Austrie, 20 — with constructive possession of an unlicensed firearm with an obliterated serial number. Constructive possession means none of the four claimed ownership of the weapon, but all had access to it.

Bail for Clendinen was set at $25,000. Unable to post bail, he was remanded to the custody of the Bureau of Corrections pending a advice-of-rights hearing.

St. Thomas / St. John District Chief of Police Steven Phillip commended his officers for this, and other arrests.

“A word of advice to our young people of this community — crime does not pay. If you engage in criminal activity, you will be caught,” Chief Phillip said.

Former Governor Kenneth Mapp congratulated Clendinen and six other teenagers for graduating from a five-week summer entrepreneurship program called “EntrepreNow” on September 19, 2018, according to Government House.