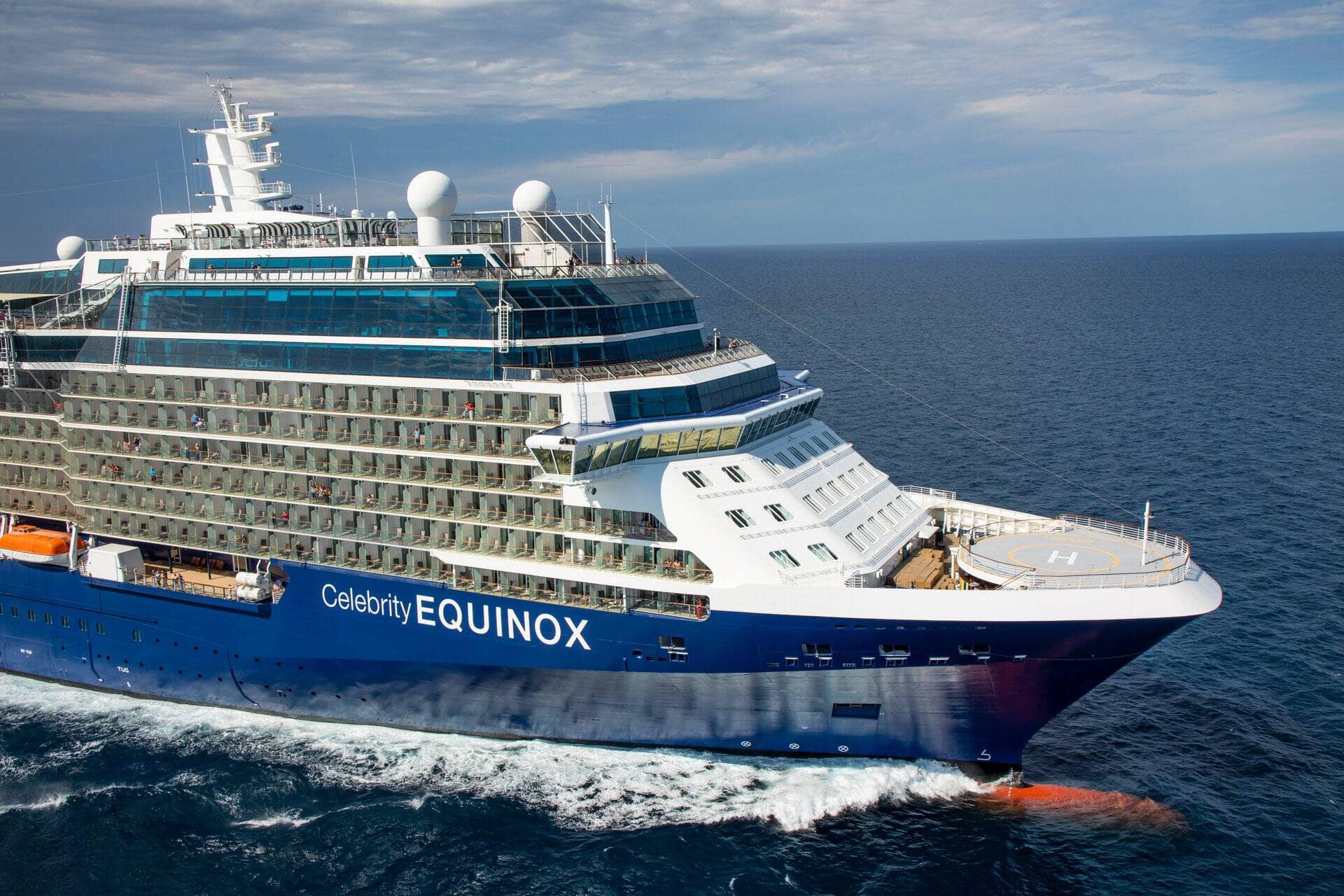 Its sister ship the Celebrity Edge was at the Crown Bay Center yesterday morning, according to VIPA.

“All passengers are tested and all cruise ships in operation have on-board medical facilities and COVID precautions they implemented prior to being given authorization to sail,” VIPA said. “The Celebrity ships also have a 97 percent vaccinated rate as an extra layer of caution.”

Here is some of the local reaction to the two ships’ visit from social media today.

“How is this possible when the CDC has issued a level 4 warning stay away from the U.S. Virgin Islands,” Mick Kollins said from St. Thomas.

“But who knows what they can get while en route and during all the other stops and whatever and whomever they encounter.. other islands vaccination rates are terrible,” May Showers said on Facebook.

“Why are ships coming in but Sports and Recreation is shut down because of the surge in cases?” Joan Magras Wilson said.

“Yet the Delta variant got here somehow. Not saying it was a boat, but testing didn’t stop it getting here,” Simon Britton said.

“I have a bad feeling about this,” Susan Silverman replied to Joan Magras Wilson.

“I think it is because the ships are 97 percent vaccinated. Not the case locally, and not the case with children,” Sharon Coldren replied to Joan Magras Wilson.

“They are not using the Travel Portal. According to the Tourism Commissioner, the unvaccinated are allowed to disembarked (sic) if joining a tour. They have to wear a different color wrist than the vaccinated,” Joan Magras Wilson replied to Sharon Coldren.

“Delta variant got here somehow so maybe even the portal is not much use. Rapid test on arrival is the only way to go,” Simon Britton replied to Sharon Coldren.

“Read about the cruise ships. I think they are more stringent than the portal,” Sharon Coldren replied to Joan Magras Wilson.

“All tourist (sic) arriving by sea or air must test negative or test positive for antibodies. Merely, being vaccinated does not get you into the USVI at this time. Unless you arrive on a cruise ship,” Joan Magras Wilson said.

“Why are all the ships using the terminal at Crown Bay and none at the other terminal Havensight?” Thomas H. Liddle asked.

“Margaritaville is shutting down.. Cases are surging but great idea, let’s bring in cruise ships with a bunch of people to spread it.,” May Showers said.

“Where did you get this info?” Angela Oakes asked May Showers.

“I have not heard such thing. Its not in any newspaper . We have 146 cases here in St. Thomas, but nothing has shut down as yet,” Evelyn Garcia replied to May Showers..

“This was being reported on one of the St. Thomas Facebook pages. Cannot confirm this,” May Showers replied to Evelyn Garcia.

Visit VIPA’s website to download the cruise ship schedules for the St. Thomas/St. John district and the district of St. Croix: