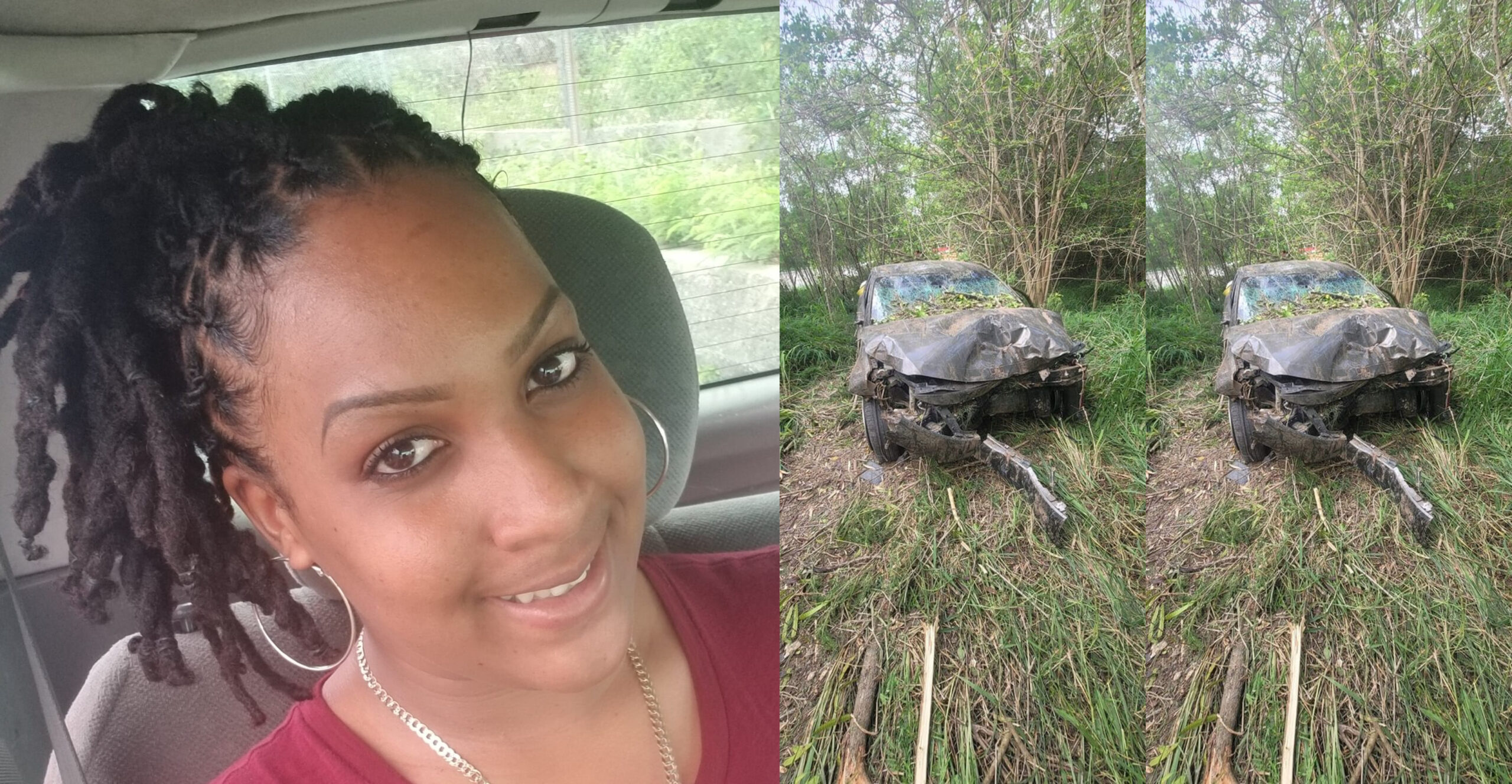 KINGSHILL — A St. Croix woman whose car was run off the road near the Island Crossing Shopping Center put out a personal appeal to the driver who caused the crash this weekend.

Carol “Nah Easy” Francois of Frederiksted said that she was a passenger in her vehicle driving east to west on the Melvin Evans Highway between the Home Depot and D & J’s Shooting Gallery between midnight and 1 a.m. on August 21 when a wrong way driver forced her car into the brush at the side of the road to avoid a head-on collision.

“If anyone was in the vicinity area (where) my car was ran (sic) off the road by someone driving on the opposite side of their lane causing it to go into the bushes,” Francois said on Facebook. “Now I don’t have who ran my car off the road  …I’ll be taking a complete loss..it hurts cause I invested so much money for it to b thrown away. .I brought my car from Texas two weeks ago. I had my car from 2016…pls share and help me anyone knows anything pls I just want their insurance cover my car ….thats it…no charges nothing plss.”

Francois made her appeal in the Facebook group “What’s Going on St. Croix? last night.

“Oh no so sorry to hear that …thank God you’re OK,” Yolanda Edwin said on Facebook.

The Virgin Islands Police Department typically does not respond to citizen’s complaints voiced on social media or requests to comment on such complaints from reporters.