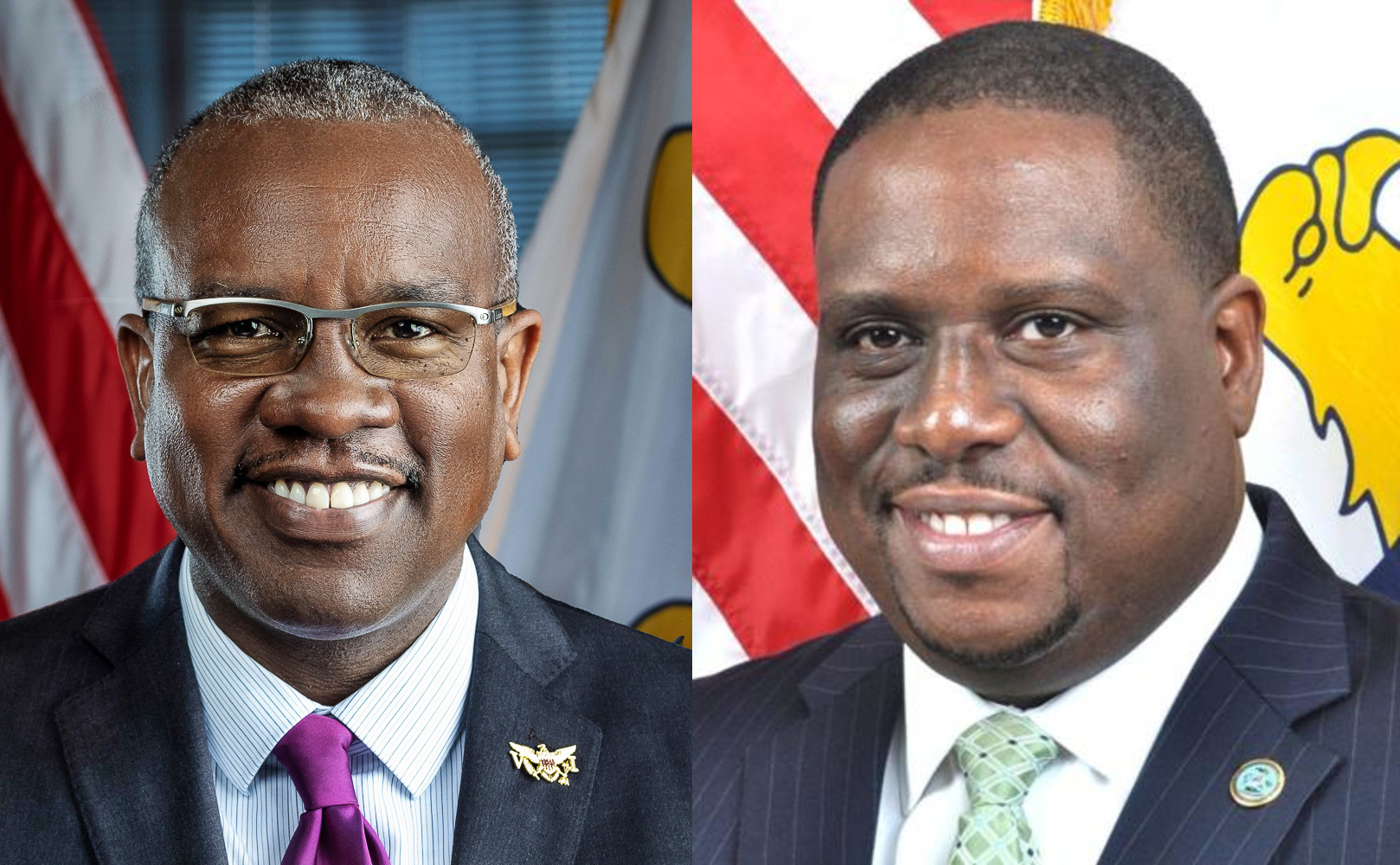 CHARLOTTE AMALIE — Branches of the Virgin Islands’ government are struggling for control over the territory’s beleaguered Water and Power Authority.

The governor is preparing a suit to reverse a law the legislature passed August 3 by overriding his veto.

And on Monday, Virgin Islands Senator Kenneth Gittens responded by calling for the Legislature to file a response in court defending the law.

Attorney General Denise George announces the pending action brought by the Government of the Virgin Islands and Governor Albert Bryan Jr. in the V.I. Superior Court to prevent the implementation of Act No. 8472. This Act relates to the makeup and the removal of members of the Virgin Islands Water and Power Authority (WAPA) Governing Board. The action is unconstitutional and unlawfully infringes upon the power and authority of the executive branch
and chief executive, in violation of the separation of powers doctrine under the Revised Organic Act of 1954 and the Constitution of the United States.

Act No. 8472, which was overridden by the 34th Legislature after the Governor’s veto, reduced the number of WAPA Board members from nine (9) to seven (7) by specifically removing two out of three of the executive cabinet members from the WAPA Board, and specifically appointing the Director of the Virgin Islands Energy Office as the sole cabinet-level member on the board.

Attorney General George said the pending court action filed by her office on Friday, August 27, 2021, consists of a complaint and a motion for temporary restraining order, preliminary and permanent injunction. It asserts that the legislature’s purposeful restrictions on a Governor’s intrinsic power of appointment and removal of executive branch board members to the WAPA Board unlawfully restricts and erodes the Chief Executive’s supervision and control of the
executive branch of the Government of the Virgin Islands as mandated in the Revised Organic Act of 1954.

“The court action specifically asks the V.I. Superior Court to enjoin the V.I. Water and Power Authority from implementing or operating under the new law and to declare that Act No. 8472 is unconstitutional and inorganic, therefore void as a matter of law,” she said. AG George also noted that only a court of law can render a final determination on the constitutionality of a statute.

“I believe that the Legislature must formally petition the Superior Court and seek the dismissal of the V.I. Attorney General’s efforts to stop measures to enforce reform at the V.I. Water & Power Authority,” St. Croix Senator Kenneth Gittens said.

“Act 8472 was passed into law unanimously on August 3, 2021, after previously being vetoed by Governor Albert A. Bryan.” Gittens said. “The legislation restructures the WAPA board to afford greater accountability and establishes minimum criteria for those who serve. Following last month’s veto override the V.I. Government took steps to prevent the implementation of the new law by filing for both a temporary restraining order and a permanent injunction with the Virgin Islands Superior Court.”

“I”n my letter to Senate President Donna Frett-Gregory last week, I expressed my position that the claims by the attorney general are frivolous,” he said. “The V.I. Legislature established the V.I. Water & Power Authority Board, to include its composition, and it is within our power to reorganize or dismantle it if such an initiative is in the best interest of the people of this Territory.I am encouraging my colleagues to unite once again on behalf of consumers.”

“The unanimous support of the 34th Legislature’s override of the Governor’s previous veto of the legislation in question is indicative of this body’s clear support for reform at WAPA,” Gittens added. “The Government’s efforts to block these reforms are without merit and, frankly, repellant. This said, I am urging that we act as a body to make a strong statement against any effort to prevent lawfully enacted reforms at the Water & Power Authority.”

“I spearheaded the 2018 subpoena of WAPA personnel and documents that revealed a plethora of waste, fraud, and abuse at the utility,” he said. “I am the sponsor of several legislative initiatives to institute reforms, to include the Ratepayers Bill of Rights – which became law last year. I am also the primary sponsor of Bill# 34-0080, which calls for the appointment of a Special Investigator with the authority to thoroughly review concerns related to WAPA and to make prosecutorial recommendations. I note, however, that an expert analysis of problematic deals and financial transactions at WAPA remained essential to ensuring future accountability.”

“I am calling on my colleagues to reconsider the Special Investigator legislation, which was held in Committee last month. The effort to stop reforms at WAPA by court order once again underscores the need for an independent investigation of the utility,” Gittens concluded.