“DPNR is excited about lifting the moratorium and creating more economic opportunities in this industry throughout the territory,” Oriol said in a press release Thursday. “I’d like to also thank the Fisheries Advisory Committees in both districts for their hard work and support with this initiative.”

“Our recommendation was not to lift the moratorium until certain measures were put in place, until we could manage it better,” said Kelvin Bailey Jr., chairman of the St. Thomas-St. John Fisheries Advisory Committee.

Edward Schuster, chairman of the St. Croix Fisheries Advisory Committee, agreed that the decision came as an unwelcome surprise, and said there are several things that still need to happen before the moratorium is lifted — including hiring of more environmental enforcement officers.

St. Thomas Senator Janelle Sarauw said that the DPNR press release was “misleading,” and “the FAC didn’t support it at all.”

Sarauw held a series of town hall meetings with fishers in June, and said she’d already been working on legislation to lift the moratorium based on input from the community and conservation best practices.

“The moratorium should be addressed, but it shouldn’t be hastily addressed for the sake of short gains without putting measures in place to prevent the exacerbation of other issues,” Sarauw said.

In response to questions from The Daily News, Nicole Angeli, director of DPNR’s Division of Fish and Wildlife, clarified that by “support,” Oriol meant that “the FACs — legally composed of divers, charters, commercial fishers, marine scientists, recreational fishers, and other members of the community — gave support by providing information on what the commissioner needed to contemplate prior to opening an application period for the limited, phased entry.”

The committees have voted on recommendations for a variety of matters, like the process for reassigning a license after someone dies. But members said they were never told Oriol was planning to lift the moratorium immediately.

Those consequences could “shorten the fishing season for every licensed commercial fisherman,” and leave them without income, Schuster said.

The end of the moratorium will mean increased pressure on the fishery, but there are only a handful of environmental officers across the territory so “you still don’t have the enforcement to regulate these things. They have a day shift, most of the violations take place after hours, or really early in the morning,” Schuster said.

Angeli said local officials are concerned about “any impact to our fishers’ livelihoods. We are working with federal partners to increase accuracy of data analysis through collaborative research to ensure that limited entry into the commercial fishery will remain under current annual catch limits.”

Angeli said no more than 200 new licenses will be issued per district, but the fishers said priority should be given to “helpers,” those who have a license to assist a commercial captain on their boat, but cannot fish on their own or sell their catch as a vendor.

Many helpers have been waiting for years to obtain a license and build their own small business, and fishers said they fear that outsiders with little interest in protecting the local fishery may try to disrupt current practices, which have proven to be sustainable and profitable in the limited local market.

Ruth Gomez, former director of DPNR’s division of Fish and Wildlife, has long been active in local fisheries management groups, and said they have discussed the possibility of lifting the moratorium.

The moratorium was intended as a temporary measure and should not be left in place forever, but Gomez said the timing of Oriol’s decision and lack of collaboration with local fishers could prove disastrous.

Angeli posted a “briefing booklet” to the DPNR website Thursday that provides additional information about the issue.

The moratorium went into effect on Aug. 24, 2001, to allow Fish and Wildlife time to revise permitting regulations, a process that started in 2005 and concluded in 2010, according to the booklet.

But the moratorium remained, and those who want to fish commercially have only been able to obtain limited, coveted licenses from license holders willing to agree to a transfer.

Joshua Quetel, 27, obtained a license transfer from his grandfather in 2015, and is one of the youngest commercial fishermen on St. Thomas.

“A fishery is a finite resource that we commercial fishermen have fought to keep in healthy supply. There is not a lot of help from enforcement to keep it. So, we have to pretty much police ourselves to maintain this fishery,” Quetel said.

He uses both fish traps and lines, working grueling hours with no guarantee that the catch will even cover the cost of ice and fuel.

“Some days you’re out to sea and you watch the sun rise and set on the boat,” Quetel said.

“You have to understand where we came from, to know where we are today in this fishery. It was a long haul, hard battle for us to get here. And the fishermen who have endured the pain know what they had to go through to be here today fishing,” Schuster said.

Julian Magras, chairman of the St. Thomas-St. John Fisherman’s Association, agreed that commercial fishers have made numerous concessions in an effort to show federal regulators that the fishery can support a sustainable harvest, such as reducing the number of fish traps, and seasonal closures on Queen Conch and other species.

Magras said there are influential people who want a commercial license, and he believes the decision was made because of “political favors that are owed,” without consideration of the impact on those who have been managing the fishery for generations.

“Everybody’s livid, from the youngest one to the oldest one,” Magras said. 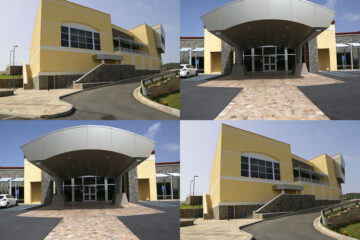 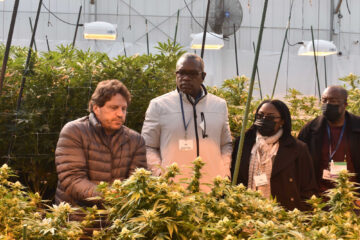 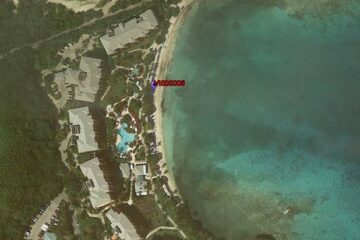